Why Good Morning Karachi fails to rise and shine 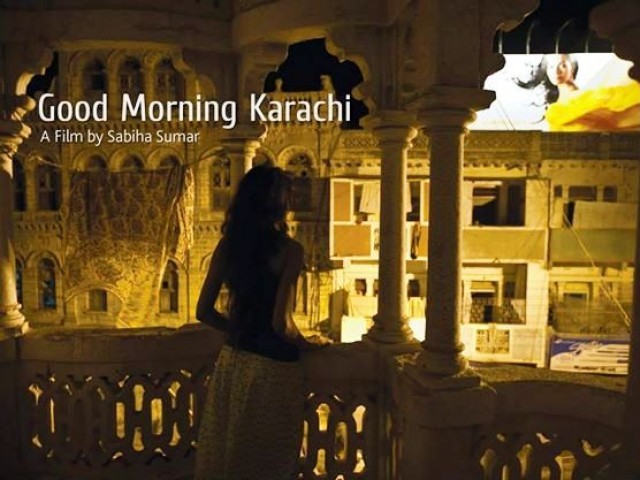 If you are planning to watch Good Morning Karachi to explore the real fashion world of Pakistan, then take my advice and don’t opt for this fare. PHOTO: GOOD MORNING KARACHI FACEBOOK PAGE

Good Morning Karachi, for Pakistani cinema, is amongst the few unconventional, path-breaking movies that we’ve come across in recent years. The reason is very simple; Good Morning Karachi is a female-oriented film with a female protagonist. Unfortunately, except for this bit, there is little else that is extraordinary about this film.

So far, the movie has received mixed responses based on different factors. Perhaps an exploration of this movie is required. Before we begin, however, let me clarify that this film is not the Pakistani version of Bollywood’s Priyanka Chopra-starrer Fashion (as many may insinuate).

The entire movie is based on Rafina (Amna Ilyas), who belongs to a lower-middle class family and wants to become a fashion model. How she accomplishes her ultimate goal is what the movie is all about.

The movie has its highs and lows.

For instance, keeping the fashion world of Pakistan in mind, the dresses and wardrobes selected for the movie are disappointingly below-average. Even the Lux Style Awards showcases celebrities in some truly amazing outfits compared to the wardrobes presented in this particular movie.

The relationship depicted between Amna and Yasir Aqueel comes off as kind of forced; it does not provide any justification to the plot. Why would a man be interested in marrying a woman who lives and breathes to become a celebrity, whereas he, himself, can’t bear to stand the idea of it? The characters don’t have the psychological edge that most other Pakistani movies do.

The only support system in Rafina’s life is Rosie (Beo Raana Zafar) and her character, in my opinion, has just not been developed properly; I think perhaps had she been given a few more scenes, the treatment of her character would seem more logical in the film. Saba Hameed (who plays Ammi), on the contrary, is actually a talent wasted in such a role – any other average female actress could have carried off this role.

Performance wise, Amna excels and boasts one of her finest performances, undoubtedly. She acts naturally, without making it complicated. Whether it is her sweet-girl avatar or the rising-model-in-the-industry persona, she carries it off flawlessly.

There are a few surprise appearances as well, but I won’t disclose names; watch the film to find out. The music of the movie is nothing special. Had Sabiha Sumar spent a little more time building her characters, I believe the movie could have done very well. Many sequences in the movie could have been dealt with better, in terms of direction and execution.

If you are looking for a true depiction of the fashion world in Pakistan, don’t watch Good Morning Karachi. As a supporter of the revival of Pakistani cinema, the movie is a good watch.  Yes, it had some great performances but remained unsurprising overall.