14 Pakistani dramas that ruled our television screens in 2014 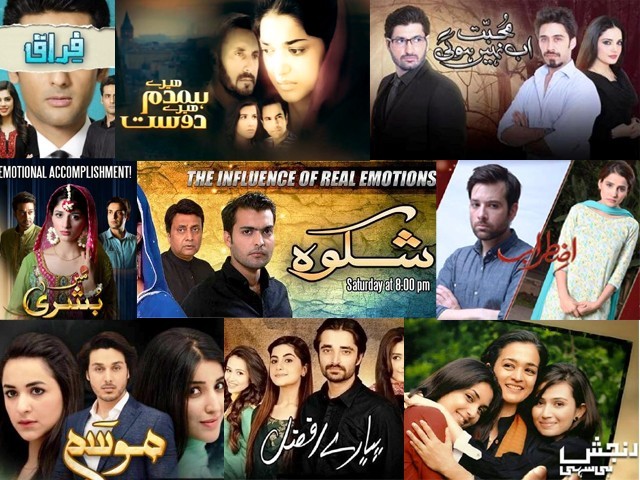 No matter how strong the story of a drama is, it is the performance of the actors and actresses that puts soul into any drama.

2014 has given us some amazing Pakistani dramas, which have not only enthralled drama buffs but have also made an impact in representing our industry. Our dramas often present realistic plots, pertaining to our society, and this year has been no different. In fact, the content has only added more colour to our hall of fame.

Therefore, it would be worthwhile to dwell upon some of the best Pakistani dramas from 2014 and relive the climaxes, the stories and the ideas that have accompanied us throughout the year.

Neither were the cast member nor was the writer of this drama well known and yet it was liked by audiences. This was primarily because viewers were able to relate to the story much more than any other show. The conflicts presented among family members, especially in-laws, are close to reality.

The story revolves around gender roles – the morals that a girl is expected to have and the way she should behave with her in-laws. In it, the protagonist, Fizza (Armeena Rana Khan), is seen developing a friendly relationship with her brother-in-law, who has a lively personality – which is in complete contrast to her husband’s, who is rigid and a workaholic.

The drama sheds light on how society reacts towards informal and friendly relationship between a dewar (brother-in-law) and bhabhi (sister-in-law) and asks a thought-provoking question: how close is too close?

Based on a novel of the same name, Mere Humdum, Mere Dost is a love story of an aged man, Haider (Adnan Siddiqui) and a young girl, Aimen (Sanam Jung). After some unforeseen circumstances bring Aimen into Haider’s care, he teaches this frightened girl how to face the society and how to go about building her own persona.

The major reason why I like this drama is because of its storyline. I like how, instead of seducing Aimen or using her vulnerability, Haider encourages her and acts as her mentor, and during this phase, they both also realise that they are falling in love. It is touching how gradually and naturally their love blooms, and kudos to the writer for developing such a subtle intimacy throughout the plot.

The best scene of this drama, for me, is when Aimen tells her father – with whom she has a complicated relationship – that she loves Haider. The emotional impact of this moment was something that I am sure most viewers would’ve felt. The drama discusses how two people from the opposite gender can work together in a friendly environment without creating any controversial issues. 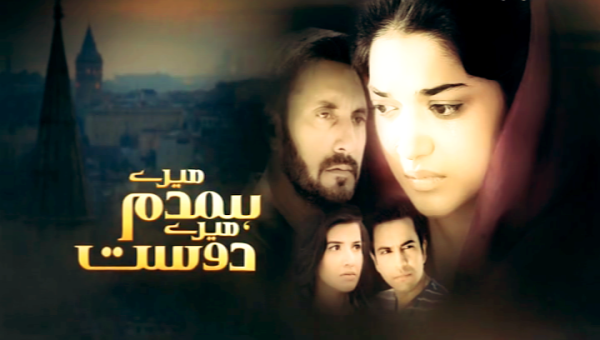 The drama Shanakht discusses the idea that often people are unable to recognise their inner selves and that is why they go through certain phases in life where they try to understand themselves. For youngsters, this drama has a lot of semblance.

The plot revolves around Quratulain (Maya Ali) who is a devoted Muslim and is often criticised for her ‘obsession’ with Islam. She falls in love with her cousin, who rejects her because she is too religious and ‘backward’. Later in life, however, he too adopts a religious path.

The drama shows how religious couples can have successful marriages as well, and breaks the stereotype that portrays such people as extremists in their domestic lives.

This show highlights the relation most parents have with their daughters, and how they often worry about how their daughters’ behaviour would affect them later. The popular idea that a daughter should be married off as soon as possible is discussed in the show.

In a desperate attempt to free herself from her responsibility, Munazza (Isra Ghazl), a widowed mother of three, marries off her daughter Meher (Sonya Hussain) to her cousin Saqib (Wasim Abbas), despite the fact that he is much older than Meher. The plot portrays the difficulties in adjusting to life with an older man and how a compromised married life can become a curse.

Basher Momin, played by Faisal Qureshi, is a rich and powerful man, with a criminal background, who wants to control everything and everyone around him. He loves his sisters but his overbearing nature often causes problems for them as people are afraid of him.

The main theme of the story is that hate only begets hate, and that only love can make people more humane.

Mausam is based on the traditional Indian film theme of a love triangle. Love and jealousy are the main elements of the story.

It follows the lives of two cousins who have contrasting personalities. Shazia (Yumna Zaidi) dreams of life with fame and wealth whereas her cousin, Saman (Hareem Farooq) is not so ambitious and takes life as it comes. They both fall for the same guy and that’s how the love triangle begins. The story follows their pursuit of love and how it turns them against each other.

Shot in Florida, USA, Firaq highlights the inner tussles of siblings and human beings in general.

Paimaan, played by Sanam Saeed, is a Pakistani American who is often disturbed and depressed by her mother’s behaviour. She meets her brother’s psychiatrist and they both develop a relationship. After their marriage, conflicts arise and the drama portrays that it is often close relatives that make our lives miserable.

The protagonist, played by Mawra Hocane, is a girl who resists the notions a traditional society. The main theme of the story revolves around her struggle to show her father that daughters are not inferior. The drama also touches upon the impractical idea that naming your daughter by a holy name, like Bushra, will result in your next offspring being a male.

Even though Laa’s storyline was good, it couldn’t attract many viewers. The main plot advocates that the real truth can never be hidden for long. Deceit, dignity, wealth and a respect for one’s ancestry are some of the themes touched upon by this drama.

The plot is based on a man who has two wives. When his first wife is diagnosed with cancer, things begin to change. The serial focuses upon how the mentality of a person changes when they are facing a life threatening disease. A relatively new angle shown was the unconditional love that the second wife has for her husband, regardless of all the baggage he comes with. 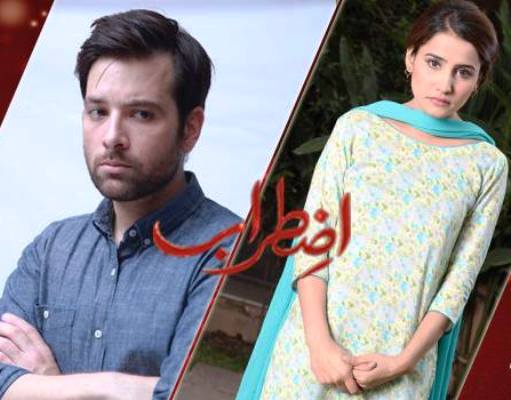 With a strong star cast, Bay Emaan Mohabbat has three over-lapping storylines, where all character cross each other’s paths at some point or another. The most interesting plot is of Dania (Saba Qamar), who has always dreamt of having a lavish life but instead gets engaged to a simple man, Naeem (Adnan Shah Tipu), who has humble means and belongs to the same background as hers.

After getting married, she begins a love affair with her neighbour Babar (Agha Ali). As the name suggests, the show is based on dishonesty in relationships and its consequences.

The story of Mohabbat Subh Ka Sitara Hai is based on haves and have-nots. When a rich businessman, Nabeel (Mekaal Zulfiqar), marries Romaisa (Sanam Jung), her life is settled. However, after his tragic death, Nabeel’s family begins to treat her like a servant. It is when they discover that Nabeel left all his wealth to Romaisa that things take an unexpected turn.

The drama tries to show that selfish people can be found in all segments of society.

This show highlights the struggle of a widowed mother, Yumna (Samiya Mumtaz) and her two daughters, as they strive to make ends meet. A chance meeting reunites Yumna with her long lost love, Kamal (Faisal Rehman), a man she wanted to marry in her youth. Kamal sees her financial position and her deteriorating health and decides to marry her.

The storyline revolves around aspects that are part of our society but are not discussed. How financial and legal problems can result in mental stress and health issues and how a woman, without a man to support her, often faces great difficulties. 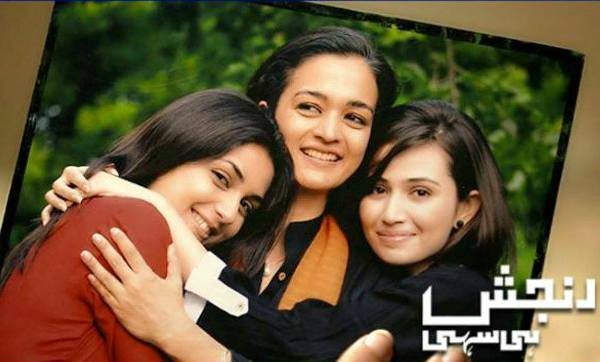 Perhaps the most-watched dram serial of the year, Pyaray Afzal trended on social media and on televisions across Pakistan. Hamza Ali Abbasi gave a strong performance as Afzal, a character that will be remembered for times to come. 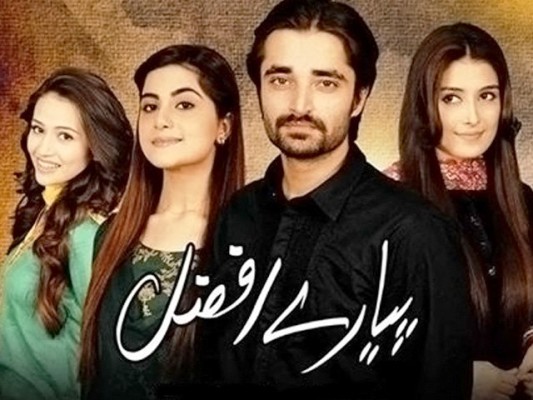 No matter how strong the story of a drama is, it is performance of the actors that puts life into it. In my opinion, the best story this year was of the drama Shikawa. I felt like the writer had full control of the story till its end and the ending was consistent with the main theme.

The best actress would definitely be Sonia Hussian, for her role as Meher in the drama Shikwa. She not only excelled in her role of a distressed girl but her performance as an old mother was also remarkable. The best actor of 2014 would, without a doubt, be Hamza Ali Abbasi as Afzal. He perfectly played the multi-faceted role of a failed lover, an ambitious cricketer, a disobeying son and a bully. In the last episode, his performance in his dying scene has been compared to the unforgettable scene in Sholay, played by Amitabh Bachchan.

All these dramas made 2014 a great year for the Pakistani television industry. We look forward to bigger projects and better performances next year!

A freelance Journalist who teaches Pakistan Studies at a missionary institute. He has a Masters in Journalism from Peshawar University.

Stop blaming the US and India for our problems!