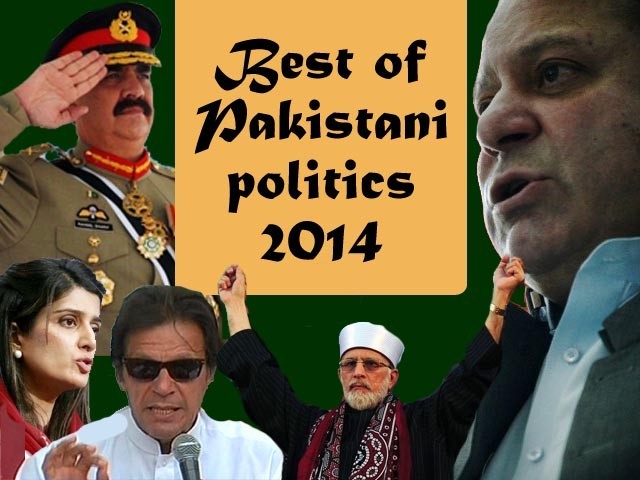 The Chronicles of Narnia: The Sher, the Teer and the Balla.

It’s December, which means it is awards season. It has been a roller coaster year filled with action, romance, suspense and adventure. The Academy of Pakistani Politics has had a particularly tough time shortlisting the nominations this year.

However, after much thought, we are finally ready to declare the following winners:

Also, Arsalan Iftikhar for Father of the Pride.

“Hor hor dabang dabang… I mean I apologise to the glass I broke.”

“Take me to court; I’ll take you to the cleaners.”

And now for the big ones, with their nominations!

Hamid Mir for Bullets over Sharhah-e-Faisal

Mamnoon Hussain for I am not there: a biopic

“God willing I will sing the song for the PPP too next year.”

Asif Ali Zardari for The Godfather: You Don’t Go Against Democracy

Asif Ali Zardari for The Godfather

“Next year Bilawal will win everything! I’ll make you an offer you can’t refuse.”

The Chronicles of Narnia: The Sher, the Teer and the Balla

James Bond 007: The World Cup is not enough

Green, White and Orange is the New Black

From China with Love

Sharmila Farooqi for X-men: Days of Future Past

“I got this award from the people and I would like to return it to them. “

The Academy refuses any inquiry into its completely fair and impartial process of selecting the winners in every category.