‘Half Girlfriend’ only half satisfying 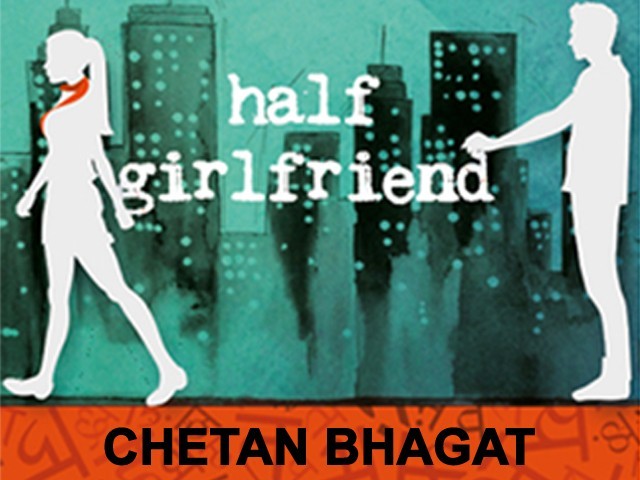 Half Girlfriend is Chetan Bhagat’s newest contribution to romance and literature, and most definitely, Indian cinema.

Chetan Bhagat almost never fails to induce a million “aww” moments into his readers’ experiences with his stories. The writer, who gained immense fame and glory for his best-selling novel Two States (also turned into a movie), is everything one associates with love and drama. Half Girlfriend is Bhagat’s newest contribution to romance and literature, and most definitely, Indian cinema.

Based on the life-changing events in two people’s lives, the novel promises a flush of contemporary Bollywood.

The story revolves around Madhav and Riya, who are people from Mars and Venus, literally. Madhav, being a small town Bihari boy, finds it hard to resist the classy and sophisticated Delhi wali, Riya. They are constantly faced with issues related to their own little distinct worlds yet find their paths intertwining into each other’s, and prove that true love has the power to fix just anything. The story touches upon very typical issues like the girl dropping out of college and getting married to a billionaire and the guy leaving a crazy six-digit salary to work for his village people and so on.

Although the book has a very ‘friends with benefits’ appeal, it is a careful mix for the Indian-Pakistani audiences who don’t really appreciate the concept much. As the name suggests, Riya agrees to go beyond the point of friendship but stays away from officially falling in love with Madhav. Their fling vanishes in thin air when he tries to cross the line with her. She keeps disappearing on him for one reason or another. Now does she do that to remain friends with him or does she actually have a thing for him is what you should find out from the book itself.

Apart from crazy drama and some actual Star Plus-cum-Two States scenes, the book retells the simple issue of how most of us stereotype intellect and sophistication with ethnicities or fancy houses, classy cars, or even grammar.

Bhagat, being a simple story-teller, packs Indian cinema into a book that might live up to the expectations of a reader looking for a one-time read. For me, there were moments where it dragged pointless scenes, descriptions and background information about random characters that had no significant contribution to the main plot. Yet, there were moments where Bhagat picks the story up and makes sure you add him to your go-to lists.

As far as his style of writing is concerned, it’s easy to observe that the main ingredient for Bhagat’s success in the literary world is his way of writing the most complex emotions and feelings in the simplest ways ever. He’s one of the few authors who don’t overdo their story’s climax scenes and yet manage to put them across in the strongest manner possible.

For readers who’re into reading and writing, the story becomes way too predictable and they lose interest in a short span of time. With that said, I’ll also make it clear that Bhagat knows exactly how to keep the reader glued to his mundane plots. Just when the book reaches its lowest point, Bhagat adds some spice to it and wakes up his reader as the story picks up with more drama and thrill.

All in all, it is a satisfying read for those looking for a good way to pass time. But the story on the whole fails in becoming one of those you would like to read again. By the end of it, Half Girlfriend feels like a script all set for a Bollywood adaptation with mawkish jingles on love, judaai (separation), reunion and love again.

I’d rate the book a three on a scale of five based on its simple language and the intriguing bits that come your way every now and then, gripping your attention.

A Social Sciences student at SZABIST. She is passionate about all things that aim for the heart - specially books, music and movies.

Why I chose SZABIST over IBA and LUMS