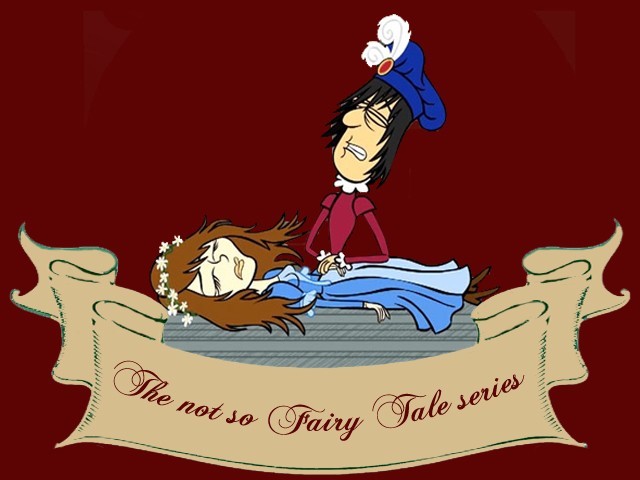 The societal wall is the obstacle that prevents the two in love from being united.

“Absence is to love what wind is to fire; it extinguishes the small, it inflames the great.” – Bussy-Rabutin

He tried really hard to convince his parents, as did She, but sometimes love just isn’t enough. He was Shia, She was Sunni, and the parents on one side were unreasonable. The wedding between them never happened. I saw them suffer silently and loudly, but sadly nothing came of it. They eventually got married to other people, He to a Shia girl 13 years younger than him and She to a rather pleasant professor, and they lived a reasonable albeit unhappy life. Their parents died eventually, as do all parents, but in the process, ensured a joyless existence for their kids.

He became an alcoholic, to dull his pain we assume, and every social encounter I’ve had with him since I’ve yet to see him sober. He has two boys of his own and a volatile relationship with his American-Born-Confused-Desi (ABCD) wife. Yes, his wife is a pretty woman but so was She, and like him, She was born and raised in Pakistan, which implies a similar upbringing and hence value system.

She appears to be living fine, but I’ve noticed an intrinsic sadness in her. Professor Sahib is a very pleasant man but he’s not Him. This reality is wrong on so many levels and as tragic as it is for He and She, what about their spouses? They deserved a chance at joy too, right?

The unreasonable (villainous) mother died eventually, after having witnessed her son’s joyless and drunkard existence. She singlehandedly destroyed countless lives, the obvious ones and the secondary ones; the children on both sides who were born to unhappy parents, the parents of She who saw their daughter go down the path of depression, and many others who may have been damaged due to their connection to He and She.

In a parallel universe, there was Her and Him; their parents knew each other but never liked each other much. Their religion may have been the same but their ethnicities were different and hence the marriage never took place. Him eventually moved cities and married a cousin and as for Her, she never got married. Three decades down and she is still single, why? Because Her and Him are having an affair, yes they are. Her was a Punjabi Rajput from Lahore and Him was an educated UP-wala from Karachi. Her parents said,

“You know we only marry Punjabi Rajputs, right?”

Her reasonable question, “Why, why, why?” got her no reasonable answers.

As for Him, his parents were eventually convinced, but it became “izzat ka sawaal” (a matter of respect) for Her parents, hence a blatant ‘no’ from Her side. Him married the pretty cousin, left the country, and 10 years later, had an extra-marital affair with Her, and continues to till today. As for “izzat ka saawal”, I have a need to put forward this question to Her parents, but for now, I’ll curb my enthusiasm.

Tragically all of us are acquainted with at least one of the characters in these two ill-fated love stories, yes we are. Our peers growing up, a cousin or two, a best friend, at least one of them fell victim to the perils of ‘samaaj ki devaar’ (societal wall); unfortunate, futile, sad and heart-breaking. For all who have deeply loved another, there is an intrinsic sadness when lovers are torn apart due to unreasonableness and egos of others, may it be parents, siblings, extended family or in some cases, exuberant friends.

A report published in the periodical Lost and Found Lovers says that parental disapproval is the most common reason lovers break up and that some parents are actively involved in manipulating a breakup. Let me clarify here that this article is only discussing the occasions where the interference of others, parents included, is egoistical, and is ridden with observing the lovers relationship from a selfish perspective. And the prime example of that is Prince Charles. He was forbidden to marry Camilla, and we all know how that turned out, right? Romeo and Juliet, Shireen and Farhad, Sohni and Mahiwal, Sassi and Punno, to say that history books are riddled with such tales is to say the least, and if truth be told, many young hearts still suffer the same fate.

The societal wall is the obstacle that prevents the two in love from being united; the wall can be an emotional cage or a forced physical separation, due to distance, time, space or conservative, liberal and egoistical values on either side. In cinema and on television, this metaphorical wall is often represented as a physical wall where the protagonist and her or his love interest are seen pressing their foreheads on the exact spot on the wall, but on opposite sides.

At the risk of sounding scientifically cheesy, the Mayo Clinic newsletter says that broken heart syndrome is a real disease,

Broken heart syndrome may be caused by the heart’s reaction to a surge of stress hormones. The condition may also be called takotsubo cardiomyopathy, apical ballooning syndrome or stress cardiomyopathy by doctors.

The symptoms of broken heart syndrome are treatable, and the condition usually reverses itself in about a week.”

The physical condition may reverse but what about the emotional baggage?

Hence we come to our next discussion, is social pain, in this case of permanent separation from the love interest, and physical pain exactly the same? Research suggests that social pain may actually be much worse in the long term, a burn wound is painful in the moment but that pain will subside eventually while the memory of lost love lingers forever.

Association by Psychological Science (APS) recently published an article titled ‘Psychologists have discovered the neural link between social and physical pain’ by Eric Jaffe. According to the article, Purdue University recently demonstrated this difference in a series of experiments. During two self-reports, people recalled more details of a lost love than a past physical injury and also felt more pain in the present, even though both events had been equally painful when they first occurred. During two cognitive tests, people performed a tough word association task significantly more slowly when recalling emotional pain than when recalling physical pain.

There is a bright side to the new line of research linking social and physical pain. Recently, a group of psychologists at the University of Kentucky tested whether acetaminophen, key ingredient in pain relievers such as Tylenol, could relieve the pain of emotional distress as effectively as it relieves bodily aches. Studies suggested that painkillers normally used to relieve physical aches and pains can also, at least temporarily, mitigate social pain related distress.

Hence there is much truth in the reality that love hurts, emotionally and physically, and separation of people in love due to frivolity and a lack of understanding of society is unjustifiable and plain tragic.

Question being, is it fair and right?

So next time you see someone breaking up a relationship and the reason is not good enough, tell the tale of Layla and Majnu, and make a choice to be the voice of reason. It sounds cheesy, yes, but remember, the best love stories are always the ones with a happy ending.