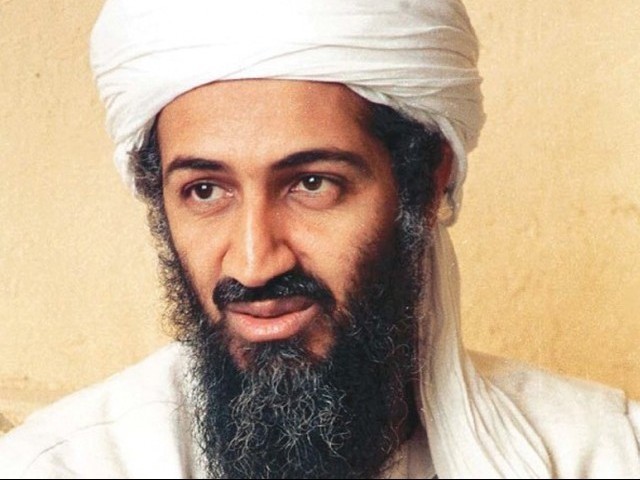 While he was building the al Qaeda network, the West not only knew about it but also appreciated his help.PHOTO: FILE

Have you ever wondered if the international media works for an agenda? I’m sure you have. We all do. We have come across many instances where biases in western media houses have been pronounced loud and clear, so such inferences are only natural. Media’s shifting portrayal of Osama bin Laden over the years is just one testimony of that.

Being a media studies major, I have studied about the agenda-setting theory, which discusses how the media sets up particular agendas and then feeds news pertaining to that angle to its viewers. It’s all about understanding the underlying story behind a newspaper’s lead or a channel’s breaking news bulletin. And in western media, this underlying aspect can be found quite easily, if one just knows where to look.

Let me clear my stance by coming back to Bin Laden. While until recently, before he was killed, his status was popularly known as public enemy number one, but he wasn’t always the most wanted terrorist that the West has been portraying for the past decade. In the past, Bin Laden was considered one of the staunchest allies of the West, and proof of this can be found in western newspapers where articles written in praise of him can easily be accessed. His role in defeating Russia (former USSR) has been greatly highlighted and commended. 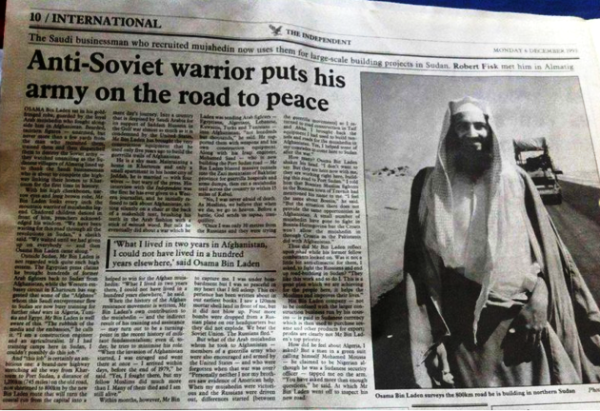 A clipping from The Independent, 1993. Photo: Fazal Gilani

The headline in the photo reads:

“Anti-Soviet warrior puts his army on the road to peace”.

They used the word ‘warrior’ for him, not ‘militant’. The connotations of these words need to be understood.

If we consider Bin Laden’s history, we would know that he was a Saudi businessman who founded the al Qaeda and started recruiting mujahideens (militants) in 1993 to use them in strengthening large-scale projects in Sudan. We have seen how he was very much a part of the global spectrum before 9/11, and while he was building the al Qaeda network, the West not only knew about it but also appreciated his help.

However, after the anti-soviet campaign ended and 9/11 happened, the West started portraying him as an enemy. When he was working for western interests, he was an ally – but as soon as he turned against them, he was considered the most dangerous man alive.

Does this not show an agenda wriggling its way through western media reporting?

Does it not bring into question the credibility of the international media?

9/11 was a tragedy of great proportions – it shook the world and shocked everyone. And Bin Laden’s role in it was pretty clear as leader of the al Qaeda. I do not mean to insinuate that reprimanding him and treating him as an enemy is wrong; he has the blood of countless people on his hands and he should have been punished the way he was. But this just goes to show that the international media can make anyone a sinner or a saint, depending on what narrative they follow.

Pakistan’s image got tarnished after 9/11, not just because of our own doing but also because that was what the West wanted – to pin all this on a scapegoat. And to do this, they used their trusted media to disseminate their version of Pakistan.

Even Saddam Hussein’s case can be discussed. Saddam was another ally of the West, particularly the United States, who meted the same fate, because he was no longer useful to their narrative. All these instances have a logical strain of ideas – if only one wishes to venture into it.

These cases show that no matter how close an ally you are to the West, when their agendas change, nothing can save you from being targeted. With the West and their media, what is for granted today, may not even exist tomorrow.