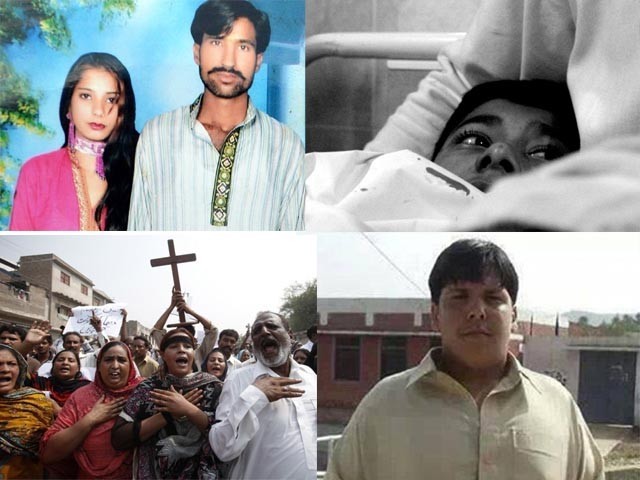 As a nation, we wear our emotions on our sleeve, given to sudden declarations that fizzle out like the ocean surf. Our tragedies forgotten before the wounds have sealed, we continue desensitised. PHOTO: FILE

On 16-12-14 the Taliban struck at the very heart of Pakistan. They plucked our children one by one while we watched in a catatonic fix, struck by disbelief that the enemy had entered our homes. But why the surprise when they have been rapping at our doors? We remained deaf, blissfully unaware.

In June earlier this year, the Global Coalition for the Protection of Education Against Attack pointed out nearly 800 such incidents at educational institutions in Pakistan from 2009 to 2012. A grenade explosion at a government high school in Bannu took place in November, preceded by the bombing of a school bus in Khurrum Agency that claimed the lives of an 11-year-old school boy and the bus driver. We were quick to forget Aitzaz Hassan, a schoolboy who we all hailed a hero after he sacrificed his own life to save classmates from a suicide bomber. The list of terrorist attacks is long, relentless and an aggregate of years of neglect and corpses being swept under the rug.

Were we not aware of the fact that the Taliban were now targeting schools and children?

Were we so caught up by the whole political drama, focusing on disgracing each other amid muddled up priorities, that we forgot the cauldron of extremism brewing in our backyard?

The media, instead of highlighting the on-going war within the country, Zarb-e-Azab, fought for who captured the best shot of Imran Khan vehemently leading nationwide shutdowns, as Nawaz Sharif hid behind his goons creating havoc across the cities. We shrugged off our responsibilities, both as individuals and as a state, and now we must face them before we go back to being complacent in our bubbles.

As a nation, we wear our emotions on our sleeve, given to sudden declarations that fizzle out like the ocean surf. Our tragedies forgotten before the wounds have sealed, we continue desensitised. The unjust killings of the 127 innocent lives, at the All Saints Church in Peshawar, the senseless massacre of the 90 Ahmadis as they knelt in prayer, the gruesome lynch mob killing of the Christian couple in Kot Radha Kishan; there have been many incidents that should have spurred us towards a nationwide revolt instead they made for some fiery Facebook statuses and tweets before flickering away like the candles lit at vigils in their names. The image of 132 uniforms drenched in blood has enraged us, twisted our guts to make us cry out with damning convictions and promises of change, hashtags such as #Peshawarwewillneverforget, running amok on the net. Has it really jolted us out of our reverie, to wake up and smell the stench of our own decay? Or will it become yet another number that will ultimately fade into another statistic.

There are the sceptics wondering if our efforts will bear little consequence now that the society’s fabric has been woven in years of corruption and inadequacy, and then there are those who insist we must play our role in having our unified voices heard so that in the solidarity of number, we can become a formidable force the government needs to reckon with. We have all seen what staying uninvolved and recluse in the comfort of our homes has accomplished. No amount of Facebook display picture changes or long statuses expressing your emotions of the carnage will actually compound in making an impact. If there’s anything that needs to change, it should begin with our own mind-set and level of pro-activeness.

Our penchant for conspiracy theories has not won us any favours. Very easily we surrender to the blame game, ridding ourselves of any responsibility while our own soil continues to be a breeding ground for terrorists, our youth seduced by the promise of hoors, glamourising martyrdom. Many are in denial of the gravity of the situation and the fact that we do live amid and create terrorists.

What good is the attempt to bomb them to extinction when an ideology possesses the power to transcend time and embed itself in eternity?

We are at war with a belief, their raison d’être.

Our fight is with the brainwashing of vulnerable young minds tortured and beaten to embrace antipathy and plumped up with a lust for death – the dream of a kingdom in heaven. We fight their dream. We cradle our fragile world, our zest for life standing face to face with their disdain for it. In the least, there is a need for a paradigm shift, the status quo to evolve drastically and radically with the ever so pressing constraints of time. This romance with martyrdom must end. The time has come when the common man must pick himself up from the debris of his mundane existence and understand that the enemy will strike again if he becomes complacent. He must yield the weapon himself and claim back his mosque. Taliban apologists held responsible, and pro-Taliban agendas nipped. The government should enforce rules for all mosques and madrassas to register and denounce the attacks, and refusal to comply should result in their shutdown. Moreover, madarasas should be brought under the ambit of education ministries and look into revamping syllabi to remove any semblance of extremist narrative.

The public should remain mindful of events and take it upon themselves to ensure important issues are addressed. If we now possess the will to get out of our houses and partake in dharnas, let’s try to focus on issues that can actually have an impact on the wellbeing of the society, like a proper education system, healthcare for the masses and an economy that supports employment and opportunity for people so they do not turn to dire measures to sustain a livelihood.

People like Qadri who paid no repentance for the murder committed in cold blood should be stripped off their status as heroes and defamed as the monsters that they are.

A 2012 report from the Khyber Pakhtunkhwa province shows a mere four per cent conviction rate for terrorist suspects. In Punjab, Pakistan’s largest province, 269 of 365 cases ended with acquittals in the first half of 2012. A report by the counter-terrorism department and Punjab police states that, between 1990 and 2009, out of 311 cases, 231 resulted in acquittals. That amounts to 74% of all cases during the 19-year period. Questions should be raised about such issues and we must be more prudent when they are easily swept aside. Let’s make it our responsibility as, at the end of the day, it is our lives that are dispensable.

The opposition to any form of extremist narrative is highly essential, and should extend to all factions of society, including the media. Any news outlet, show, reporter or political personality who uses the media as a promotional tool for extremism should be punished. The recent unrest at Lal Masjid is a harbinger of change, this turn in sentiment should take root into the psyche of the nation. The media channels covered these protests as minimally as possible with events being highlighted in the ticker only, and were far from condemning Maulana’s Abdul Aziz’s statement. The Lal Masjid protestors succeeded in getting an FIR registered against the Maulana, which is testament to the fact that we can bring a change against this festering disease eating away at the core of our society. The media should be more responsible in their reporting and instead of focusing on sensationalised news spreading Taliban agenda, which could in turn influence more people, promote a more tolerant mind-set that the masses need to be severely exposed to.

Apart from slapping the reality in our faces yet again, the Peshawar attacks have led to some revelations that can no longer be denied. The Pak-US combined efforts of waging a war against terrorism are nothing short of a failure. Since 2004, the Taliban have grown, strengthened and increased their attacks despite the 400 plus US drone attacks. The Pakistan Army, despite being one of the largest in the world, cannot protect its civilians or any soft targets. The government of Pakistan, embroiled in their own political battles, has been unable to galvanise the public against extremism, or be conducive in squelching extremist entities flourishing within the country. The government needs to take ownership of this fight against extremism instead of hiding behind US drone operations and the general public needs to be convinced that the war against the Taliban is no longer one of the US, but our own.

We must stop living in history and blaming the US for their creation. We must face facts. And those facts more than state the growing existence of the Taliban, regardless of whose brainchild they were, especially now that they are practically knocking on our doors. Engrossed in their individualistic agendas and contradictory strategic calculations, there is little hope we can pin to those we hoped to protect us from such atrocities. We, the common man, need to keep this tragedy alive if that is what it takes to stir us, and finally step up. We belong to a polarised state that produces people like Maulana Abdul Aziz and Malala Yousafzai. There has never been as decisive a moment in our history as the one we face today. Which end of the spectrum we tilt to is now contingent on not only the army and the government, but us as well.

Recognise that fact and understand it well, for we have no time left for excuses and no more innocent lives to waste in the process.