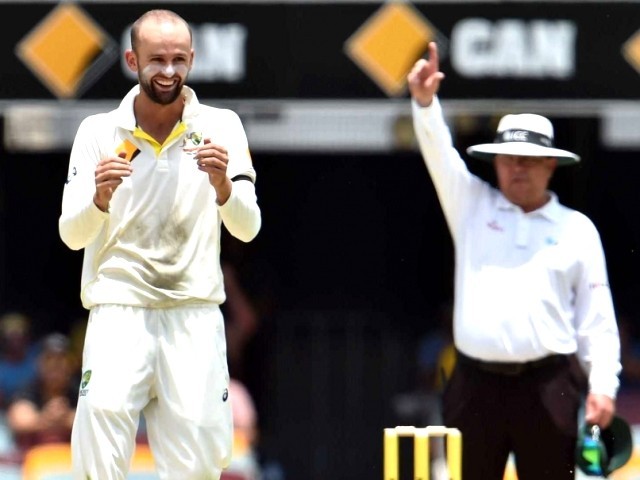 The second Test match between hosts Australia and India was another tale of flop for the Indian captain MS Dhoni, outside their home grounds.

The wicketkeeper-batsman, leading the men in blue, wrapped up a box of complaints and presented it in the post-match press conference by saying that the Decision Review System (DRS) is not accurate, umpiring decisions were not consistent and the practice pitches at Gabba were ‘uneven’ for practice which resulted in Shikhar Dhawan’s injury on the fourth day of the match.

While pointing out the not-so-important stuff, the Indian World Cup winning captain forgot that his team has a habit of falling like a deck of cards, crumbling one after the other and they have been able to do that successfully 12 times during 2014 on pitches outside India. The recent four-match Test series, which Australia leads with 2-0, has already seen Indians losing quick wickets four times or, to be precise, whenever they have come out to bat.

In the second Test at Gabba, India, batting first, piled up 321 runs for the loss of just four wickets but as soon as Ajinkya Rahane (81) was caught behind off Josh Hazlewood, the incoming batsmen could only add 87 runs to sum up a total of 408, losing six wickets in the process. Australia replied with a Steven Smith (133) century and amassed 505, and when the Indians came out to bat for the second innings they were up 76-1 and soon after a deadly spell by Mitchell Johnson they crumbled to 117-6, adding just 51 runs for the loss of five wickets.

Likewise, in the first Test at Adelaide, they were 367-4 at one point in reply to Australia’s first innings total of 517 and then lost six wickets for just 77 runs, ending their innings on 444. In the second innings, the collapse was rather colossal as India were 242-2, chasing a 364 run target set by the Kangaroos, but their last eight batsmen could only contribute 73 runs as the visitors were all out on 315.

Before this series, India had visited England for a five-match Test series in July-August. In the first drawn Test at Trent Bridge, India were batting in the second innings and after losing Dhawan, they were well placed at 140-1 but they could not resist the urge and soon after losing five quick wickets were down to 184-6.

In the second Test at Lord’s, which India won by 95 runs, India batted first and were 86-2, after losing Dhawan and Murali Vijay. Yet again, they gave up five wickets for just 59 runs, plummeting down to 145-7. If this was not enough, in the third Test, England inflicted a big 226 runs defeat on the Indians as the visitors were chasing 445 runs in the second innings and after going up 80-2, they lost their last eight wickets for just 98 runs finishing on 178 all out.

With the series poised level at 1-1, the Indian team was in for a nightmare for the last two Tests. Losing both the matches by an innings and 54, and 244 runs respectively, India saw four fatal batting failures. At Old Trafford in the third Test, India, batting first, were 53-1 at the start of the match and after that saw five batsmen taking the long walk back for just 13 runs drooping down to 66-6. The embarrassment was doubled when in the second innings, they lost their first wickets on eight runs and soon after that the scoreboard displayed 63-6, five wickets for just 55 runs.

The tale of the last Test at The Oval was somewhat similar, in the first innings India were 10-1 and then it happened again. Eight wickets lost for just 80 runs bringing them down to 90-9 and finishing on 148 all out. England replied with a hefty 486 runs and yet the Indian history on foreign pitches repeated itself as India lost their first wicket on six runs and then the remaining nine batsmen added just 88 runs ending the Indian innings on 94.

The earliest scene of an Indian batting collapse in 2014 was seen in January-February, when India lost the two-match Test series 1-0 to New Zealand. It was the first Test in Auckland and Brendon McCullum had scored 224 in the first innings to boost the Kiwis to 503 all out. India came in to reply and with the scoreboard ticking at 138-4 they did it again, six wickets lost for just 64 runs and ending the innings on 202 all out.

Even after all these unjustified let-downs, if Dhoni thinks that lamenting about the accuracy of the DRS, the imperfection of the practice pitches and the inconsistent decisions of the umpire, which were ‘50-50’ and ‘mostly went against India’, would bring him some honour then he is harvesting the wrong seed for the right fruit.

For once, India should drop down their cloak of invincibility and ponder over preparing fast and bouncy pitches in their home grounds to make their batsmen technically sound to face the wrath of foreign pitches. Steven Smith, Australia’s stand-in Test captain who replaced the injured Michael Clarke, swayed away confusions about the practice pitches and said that

“They nearly emulate the same playing environment as you get out there in the middle [on the main pitch].”

However, when we see the domination of India on worldwide sports, which started with cricket, we realise that they have this false impression that they have the right to veto any decision and complain as much as they can about anything that does not favour them. Being the masters because of the largest viewership of television, India are given the room to reign supreme to question anything and everything because they bring in the big money with sponsorships and advertisements.

Dhoni has promised that his team is gelling well together and will soon exhibit its omnipotence on the pitch but one can easily evaluate that India, in the near future, will not be able to overcome this habit of complaining irrationally and collapsing fervently on alien pitches.