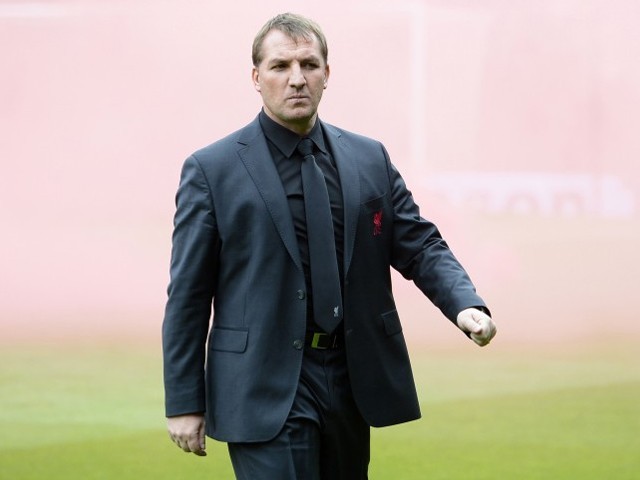 He has been experimenting heavily and taking the blame on his tactics than the simple need of asserting his authority over his players. PHOTO: REUTERS

Liverpool, one of the most decorated football clubs in the world, has been going through an extremely rough patch since the departure of ‘bite master’, Luis Suarez, to Barcelona in the summers.

Manager Brendan Rodgers has faced pressures of organising a side plagued by injuries and consistency issues, after a scintillating run and an ‘almost incredible’ season last year.

To add to the woes, the team qualified for the Champions League. Although this achievement did seem like a blessing at the moment, due to their absence from the elite competition since the last five years, it became a platform to highlight the frailties of the team.

Simply put, Liverpool was not ready to compete in the biggest club competition in the world, especially when Suarez chose to leave the club at a time when the team had just found their momentum and could have achieved something wonderful. However, that dream received a rude awakening at his departure but we cannot ask more from the striker than he has already given to the club.

Rodgers was as much in shock with the move but had to deal with reality and opted to bolster his squad from the sale of their world-class striker. The quality of the signings is not his sole decision because a whole committee decides the final transfer. But Rodgers, being the manager, had to bear the brunt. However, the issue is more of a hierarchical debate than a footballing one.

To add further misery to his plans, Suarez’s deputy scorer of 21 goals from 29 appearances in the league, Daniel Sturridge succumbed to an injury  in August 2014 and has not been able to recover since then.

With the system, that had performed so well last season, left completely in shambles, Rodgers had serious concerns to tackle in the 2014-15 campaign.

Since taking over from Swansea in 2012, the 41-year-old is, for the first time, short of ideas and is finding it extremely hard to get a grip on the rapidly flailing season of the once mighty Reds.

The recent 3-0 loss to Manchester United, Liverpool’s fiercest rivals, has added to the miseries of the club, whose fans have started to get impatient with the methods of the Northern Irishman. Liverpool’s lack of creativity and the struggling defence has broken the team’s spirit and the Melwood camp seems to have no ready answers for these troubles.

However, this is not what Liverpool fans are known for, hence the ‘You’ll never walk alone’ motto.

We as supporters of the football club should not turn our backs on the team and the manager just when things start to get a bit too hot to handle. Surely, this is not what anyone would have expected from the runner-ups last season and this surely is not what Rodgers himself had set as an aim to achieve. Thus rather than jibing about the mediocrity of the team, we, as fans, should support them find their stride which enabled them to surf against the waves and cause havoc in England last season.

To quote an example, when Liverpool was down 3-0 in Istanbul in 2005, it was the fans and their belief in the team and its ability that allowed the Reds to register one of the greatest comebacks in the history of football. It was the belief that mattered, nothing else.

Getting back to Rodgers and his policies, I have complete faith in his ideology and direction. His style of play brought many plaudits last season and also allowed him to be voted the ‘manager of the year’. However, from being the manager of the year to being the first-to-get-sacked in just a matter of four to five months is alarming. The fact is that he preached an ideology of pressing and retaining possession, something that has been missing in the Reds’ run this season. It will always help the team in the long run.

However, it is not his fault alone that the team is not performing. We certainly need to acknowledge that he is human after all and no matter how much he tries to take the pressure in a calm manner, he is showing signs of that pressure in his tactics and the game plans that he projects. He has been experimenting heavily and taking the blame on his tactics rather than the simple need of asserting his authority over his players.

During all the press conferences, he has rarely blamed the players or their ineptitude in understanding the Liverpool way and this very protection of the players is not reaping him any rewards. In fact, some players might be taking advantage of the situation but this is just my opinion.

What I would want from Rodgers is that he regains his confidence, the confidence that allowed him to give some of the most expensive sides in the league a run for their money.

It was that confidence that brought out the best in players like Rahim Sterling, Jordan Henderson, Steven Gerrard, Suarez and Sturridge. It was his management that allowed the team to develop a sense of unity and brotherhood, leading to such commendable results in the end.

As for the new signings, we must remember the fact that none of them were a short-term relief to the clubs’ woes. Rodgers was looking for a long-term replacement and something that would help the club in the next five to 10 years. The new signings would take time to settle in and by settling in, I do not mean at the pitch but settling into the culture that Liverpool offers.

We need to be patient with him as he is certainly the right man to lead Liverpool on as he showed last season what he can do if he is given the resources to develop his system.

All he needs is some support from the fans, the fans who boast to be behind their team through thick and thin. Fine, we are losing right now and not living up to the mark set by us last season, but it doesn’t matter. Things change and will keep on changing. We have to find a way to adapt to those changes.

We never looked like we would be challenging the title this time around last season. We do not know how things will end this season. All we know is to not give up on the team and especially Rodgers who has worked miracles these last two years.

Talks of sacking Rodgers are not healthy for anyone and are in turn only piling heaps of pressure on the manager. I understand that we need to get results but since when has football only become about winning. I personally enjoyed the high-pace attacking football last season – something that has been missing in Liverpool’s style of play since the last 10 years – and I would love to watch that again.

Winning and losing is part of the game and you cannot always expect to win, thus we should be patient and allow him to develop his system rather than pushing the sacking card on his face. He is human after all and will definitely be affected by it.