#BlackLivesMatter, but not in the US? 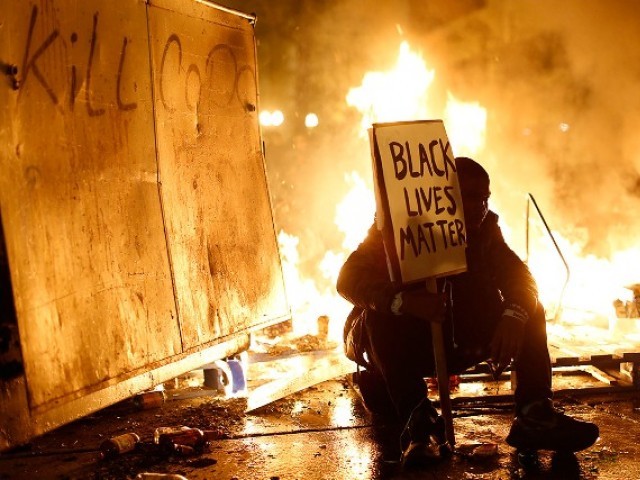 Sad as it is, the US is infested with weapons that usually land into wrong hands ending up in the killing of innocent souls. PHOTO: REUTERS

It’s been a terrible, stressful and shameful time. We’ve hung our heads in despair, taken to the streets to protest and made our voices heard in the media to bring home the point that the scourge of racism in the US is back with a bang.

Having lived here for almost a quarter of a century now, I’ve personally never felt so disappointed and disgusted with the way things have turned out with respect to race relations. The past few years have increased the frequency and intensity of tensions created due to obnoxious handling of incidents that could have been easily avoided had better sense prevailed at the time of their occurrence.

I have vague memories of the Rodney King incident, back in 1991. Mass scale protests followed soon after the verdict of the case was announced. At that time, it seemed that the US justice system had appallingly let down the people of colour and brought back unsavoury memories of the atrociously unspeakable years of slavery and racial discrimination.

We have an Afro-American president in the White House. Barack Obama’s election six years ago was considered to be the dawn of a new era in US politics. Everyone hoped that this was a transition for the better and would bring about intra-racial cohesion that was much needed in certain spots of the society as well as areas of the country.

As it turns out, things have been quite creepy lately, to say the least. We’ve had events of mindboggling nature. Sad as it is, the US is infested with weapons that usually land into wrong hands ending up in the killing of innocent souls. The other unforgettable and unforgiveable dimension of this dynamic is the pungent issue of race that has essentially paralysed any prospects of peaceful coexistence, bringing the country to a screeching halt on a number of occasions.

Starting from the suspense ridden, mysterious shooting and killing of Trayvon Martin down to this year’s earth shaking, traumatic Michael Brown, Tamir Rice and Eric Garner episodes, the US has been rocked by race driven chaos. The pandemonium and disorder in the courts, as well as on the streets, has been unprecedented. It has been proven beyond doubt that cops and police have unbridled powers in the country and they can make or break lives at their sweet will.

The laws are strict and do protect civil liberties. However, when the time comes for the real deal and implementation of rules on the streets, those responsible for enforcement, corrupted by power at their disposal, turn into ruthless monsters. Cops essentially have a license to kill!

The writing on the wall is weird. Incredible as it may sound, these baffling killings of Afro-American individuals across the US landscape is a negative blast from the past. Memories of the past are painful. Beyond that, tons of effort has been put in to ensure that citizen rights are well-protected and everyone in this country is able to enjoy a peaceful, safe and secure existence. The US is a melting pot, a huge reservoir of diversity and, rightly so, it has lived up to its reputation.

In the face of adversity, nations must remain positive. After a series of violent street protests and breaking of public property, things are calming down. While it is hard to pinpoint the exact causes of these upsetting events, one can remain optimistic that better sense will eventually prevail. The president and the attorney general have already intervened and states are taking steps to check police powers and train the cops more effectively. There is certainly no excuse for the blatant abuse of authority.

There are no easy answers to this mess. So, whereas the concerns are absolutely legitimate, it’s not that the massive fabric of the society is crumbling down. True, this is a war within the US and, yes, deep down, at times, age-old hatreds and aversions can stay on forever. The good news, however, is that having weathered so many storms in the recent past, the US can and will bounce back and make this not-so-perfect system work. There is no dearth of ideas to improve. As the debate goes on, so will the effort to harmonise, synchronise and bring the people of the country together.