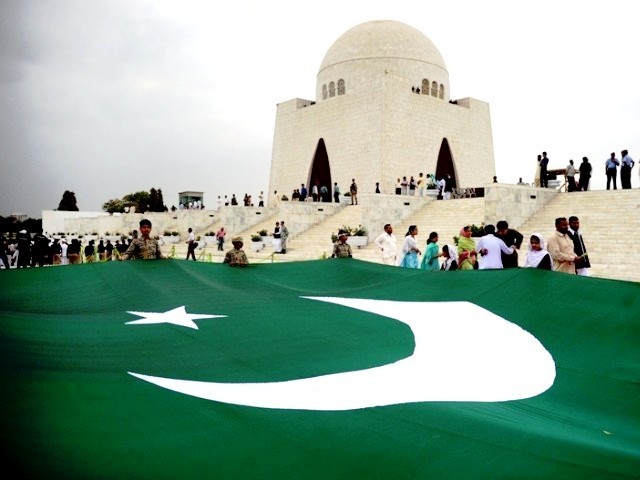 “Pakistan is going through difficult times.”

“Hope seems to be a luxury we cannot afford.”

Statements such as these are common nowadays. However, I tend to disagree.

I don’t believe there is anything as bad about Pakistan that can’t be fixed by what’s good about it. Pakistan is a beautiful country that has proven to be the epitome of resilience in the most difficult of times.

Here’s to celebrating everything that makes Pakistan a country so beautiful and so strong. Here’s to the breath-taking beauty and unimaginable strength.

Here’s to things you probably didn’t know about Pakistan.

It is a nuclear power and it has one of the strongest world armies. It ranks 26th in the largest economies of the world and has the second best performing stock exchange.

Pakistani armed forces are internationally ranked as the seventh largest in the world, with the man power of 642,000. Pakistan provides the largest number of troops to serve the UN peacekeeping missions.

Along with this, Pakistan has one of the best trained air force pilots in the world. During the war of 1965, Squadron Leader Mehmud Alam held the world record of downing five Indian planes in less than a minute.

3. Fourth smartest people in the world

According to a poll organised by the Institute of European Business Administration, from 125 countries, Pakistanis have been ranked the fourth most intelligent people across the globe. Pakistan has the seventh largest collection of scientists and engineers.

Aansu Lake, shaped like a tear drop, is at a height of 16,490 feet in Kaghan Valley.

Biafo glacier is the world’s longest glacial system outside the polar regions and that too is in Pakistan.

The Khewra Mines are Pakistan’s oldest and the world’s second largest salt mines.

Their history goes back to 320 BC.

About 25% of Pakistan’s total land area is under cultivation and is watered by the largest irrigation system in the world. Pakistan irrigates three times more acres than Russia.

Tarbela Dam on the Indus River in Pakistan is the largest earth filled dam in the world and second largest by structural volume.

Changa Manga is one of the largest man-planned and man-grown forests in the world. It covers the area of approximately 12,000 acres.

10. Asia’s largest bird sanctuary and the place where time stops

Pakistan has Hunza Valley, where time stops and fairies tread. The valley mostly remains covered under snow in winter, but when it melts, the sensuous hilly contour and the luxurious vegetation become a magnet to all and sundry.

Haleji Lake is another asset. It is Asia’s greatest water fowl reserve. During winter, a hundred thousand birds fly down to Haleji from the cold of Siberia, making it the largest bird sanctuary of the continent.

While there are many who are more than willing to give up on Pakistan, for those who wish to salvage and save it, there are enough factors in this country to keep them motivated with their cause.

A medical student at Dow University, Karachi. She is an avid reader for whom being able to write is an absolute pleasure.