Series 2: “Checkmate” Part 4 Dark or bright, the past stays with us 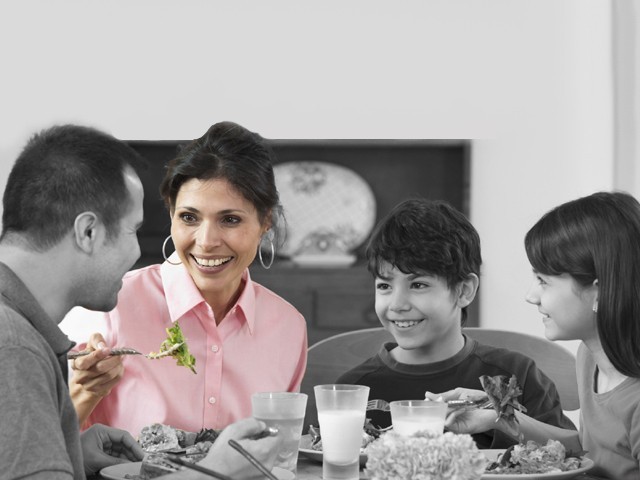 Ryna was bursting with excitement over Annie’s upcoming wedding in June at dinner later that night.

The plane landed a few minutes after we arrived. We were both elated to see Ryna and Omer. Ryna was sporting a new layered hairdo.

“Annie baji took me to her hairdresser friend,” Ryna told her Daddy.

Noorul Ain, also known as Annie baji by Ryna, was her role model. She was the 24-year-old daughter of one of ammi ji’s neighbours in Los Angeles (LA).

“Well it does suit you,” I told her, looking at her admiringly.

Ali got busy quizzing Omer about whether he had finished the book report due the following week.

Ryna was bursting with excitement over Annie’s upcoming wedding in June at dinner later that night. The boy had a Master’s degree and was working in San Diego. Shamim Aunty was delighted, as expected. Not only was the boy educated but he came from a decent family as well. The icing on the cake was that Annie would only be a couple of hours away from LA.

“Do you know Annie baji is going to grad school at San Diego State University?” She told her dad.

She knew Ali was immensely interested in the educational plans of any child. Especially of those people who influenced his own children in any way.

“That is excellent news,” he replied warmly. “I’m glad she’s going to continue her education.”

“And ma, do you know Shamim Aunty is throwing her a full-fledged Pakistani wedding?” She turned to me excitedly.

“A wedding is a wedding,” Omer interrupted her. “What does ‘full-fledged’ mean?”

“You wouldn’t know,” Ryna replied haughtily. “It’s a girl thing. You’ll be there too. You can see for yourself.”

Omer just shrugged his shoulders. This didn’t stop Ryna. She always made sure she had explained her point fully in any conversation.

“Shamim Aunty said there would be a mayan and a mehndi….” She went on.

Ali, Omer and I burst out laughing.

“So her husband is a mayan….?” Omer paused midway and asked her jokingly.

“Isn’t that what it is, Ma?” Ryna turned to me in surprise. “You know, it’s one of the special occasions before the actual wedding…”

“And don’t tell me you don’t know who the Mayans were?” Ali asked. “You should at your grade level.”

“Yes dad, I do know,” she hated being told she was wrong. “It’s some ancient South American civilisation. But I thought this was some kind of Mayan too.”

“Okay guys enough with this Mayan quiz,” Omer interrupted her wedding excitement. “I have a new riddle for you.”

He had a penchant for making up silly riddles and was very proud of this ‘art’, as he called it.

That did not deter Omer in the least.

“Dad, why should you never eat a bean burrito right before a chess game?” He asked his biggest supporter.

“That sounds a little different from your usual subjects?”

He pretended to think and then gave up.

“Because it can turn you into a king of farts…ha ha ha,” Omer blurted out and roared at his own joke. “King of hearts…kings of farts….get it?”

He made sure we got it.

None of us could help laughing either. I did make a mental note to caution him to be aware of the audience before serving out ‘unpalatable’ subjects.

Ryna, interrupted by Omer’s cheesy joke, immediately picked up the thread of the conversation from where it had been snapped, chatting merrily about the wedding. I had promised Shamim Aunty I would be there. Plus I knew that Ryna would insist on going by herself if I didn’t go. There was no way she could miss her Annie baji’s wedding. Ryna was immensely attracted to the colours and glory of a ‘full-fledged’ Pakistani wedding, as she called it. Not to mention her attachment to Annie.

Ammi ji called while I was cleaning up after dinner. Since I hadn’t updated her on the on-going skirmish with Ali, I knew she wouldn’t rest until she had put things right. Or at least tried to.

She was relieved to hear of my decision to switch jobs.

“That was a useless argument, especially since you couldn’t gain anything out of that job. It was going nowhere,” she said.

“It could have gotten somewhere,” I said, unable to keep the bitterness out of my voice. “If only I had started trying earlier.”

“No Marium, it wasn’t worth it if it was affecting your relationship with your husband,” her voice seemed unfeeling and cold to me. “Just be happy she’s in good hands. That should be enough for you.”

“It is just so difficult.”

“It’s difficult because you’re making it difficult. You’re being difficult by trying to cling to a faceless and nameless shadow. You can’t even touch it, let alone hold it or even recognise it.”

I knew this tone of voice. It was a signal of her extreme exasperation and a red flag indication that the discussion was closed.

In the past, ammi ji and I used to have this sort of conversation once every couple of years. But over the years, they had become more frequent. I knew it wasn’t fair of me to put any kind of mental strain on ammi ji, especially by continually dragging her back into the past.

It had to end, just as I had ended the job at the agency. Be it feelings of remorse, guilt or regret taking over me, I just had to learn to deal with it.

I sank into the kitchen chair and looked out the window into the night. Daylight saving still hadn’t ended, making the evenings short. I could hear the television blaring along with the kids and Ali talking away in the background. Happy sounds of my present. That night was my past.

I couldn’t shrug off my past like a coat. No one can do that. Dark or bright, it stays with us. Just as the brightness and positivity of our past keeps brightening our present, the dark past keeps its cold and clammy fingers wrapped around our smiles and laughter.

He was introduced to her as a good family friend. As he hugged the little girl, he could only be thankful of having made the right decision at the right time. His decision had given him a sense of relief when he had seen her in the hospital and deep down he knew he had done the right thing.

The years had moulded him into a more mellow and sagacious individual. He was frightened to even imagine the magnitude of the regret if he hadn’t acted at the right time.

You cannot abandon your own blood without it coming back to haunt you one day.