Why is Pakistan a pariah at the Lord’s Cricket Ground? 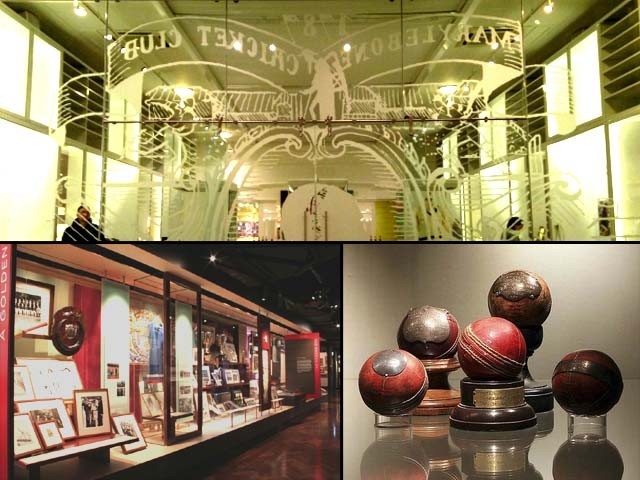 Only two more entries related to Pakistan were present, in a dim corner of this cricketing coliseum.

Being out of place is a funny feeling – it’s nothing unbearable but it always keeps you outside your comfort zone. For an expat Pakistani, life in the UK is fraught with pangs of this feeling.

This is usually evident during the festive season of Christmas when you are always in a dilemma as to whether you should celebrate Jesus’s birthday – with all the commercialism thrown in – with your neighbours, friends and colleagues or refrain from it due to differences in Muslim and Christian beliefs about Jesus Christ. Usually, one does well to acquire a middle ground.

This year, however, I decided to attend the office Christmas party with an unusually heightened fervour. And why wouldn’t I? Lord’s Cricket Ground, as the party venue, would elicit a similar response from most Pakistanis. I accepted the invite, gave my dietary requirements and waited for December 4 with the anticipation of a child who is Rs300 short of his cricket bat and waiting for Eid day, and the spoils of Eidi.

And then it arrived.

I marked out my route from West London and began my march. The home of cricket, with all its years of glory, competitive battles, and bouncers and bruises, almost seemed faded in the hodgepodge of apartment buildings and hotels of St John’s Wood on a quiet mid-week evening. Only an avid follower of the game could sense the camouflaged grandeur that is associated with this arena, as one walks up to it.

The evening started with a tour of the Marylebone Cricket Club (MCC) museum, which houses a significant collection of artefacts spanning cricket’s history from the 1800s to present day. The little and once insignificant items of cricketing gear are seen pieced together behind speck-less windowpanes to form a valuable insight into cricket history’s highs and lows. It wasn’t only the greats’ possessions that occupied this sacred place; less known but endearing collections like scorecards and tea menus from club games of 1800s, cricket’s comic clips from an era bygone and an odd looking cricket bat battered from WWII gunfire garnished the main courses.

There may be conflicting views on how all these pieces of history were strewn together and presented but the irrefutable fact remains that this is where cricket’s history comes to life. Anyone who matters and who would matter in the cricketing world would always be keen on what this little scrapbook in the home of cricket says about them. Who were the greats, who were the eccentrics, who made it big without winning, who didn’t make it despite winning, who made a difference and who failed valiantly trying to make a difference – all were a part of this.

I did come across Shoaib Akhtar’s signed Test jersey. Not a shining star in comparison to the elite club he was in but still a part of our cricketing history. However, I felt sad to see not a single, fleeting representation of Abdul Hafeez Kardar, Imran Khan, Majid Khan, Zaheer Abbas, Javed Miandad, Abdul Qadir, Inzamamul Haq, Wasim Akram or Waqar Younis at the museum.

Pakistan needed one of its sons to make a cameo appearance but alas, none of these were there to represent Pakistan’s contribution to cricket’s more than 100-year-old history. Only two more entries related to Pakistan were present, in a dim corner of this cricketing coliseum:

That out-of-place feeling returned with a severe incursion into the uncomfortable. The remainder of the evening was a forgettable blur.

A Technology Consultant working in the field of telecoms, living in England. Tweets as @nazimzaka (twitter.com/nazimzaka)

Younis Khan, ODI team selection is based on performance, not contacts