I thought he was a beggar-child… 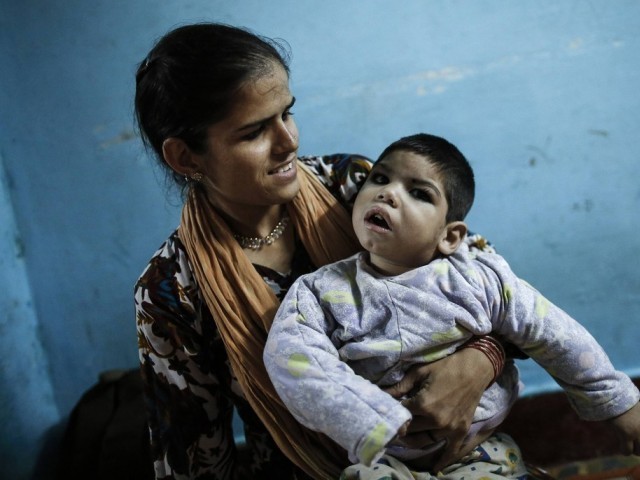 We, as a nation, have to change our perceptions and attitude towards differently-abled individuals. PHOTO: REUTERS

I was deep in my thoughts, standing at the railway station, when a slight tug on my shirt startled me. Averting my gaze towards the source of the tug, I saw a child. A sense of pity washed over; I took out some money from my pocket and tried to give it to the child, but he refused to take it. Feeling even more empathetic towards him, I gently took his small palm into my hands and placed the money there.

Suddenly, a man came rushing towards us,

With this, he picked his son up and stormed off.

I was flabbergasted. I realised that the illness the man was talking about was psychological. That made me even more ashamed.

What was I thinking? How could I not have known?

Flustered and awkward, I boarded the train. Feeling bad, I thought about how I would have reacted if I were in such a situation. And the answer I got made me sadder. The father’s reaction was completely justified. I shouldn’t have done it.

I made my way towards my compartment, thinking about whether I should have apologised more profusely and what I would do if I met that man again.

As if God was intent of making me feel even guiltier, as I entered the compartment, I saw the same man sitting there with his wife and two children. I was sharing it with him. Realising that this was my chance at redemption, I apologised once again and sat down. The father accepted my apology with grace, looked to his wife and said,

“We’re used to it now, but only God knows the pain we go through every time this happens.”

He gave me a brief introduction of his family and why they were travelling. This led from one thing to another. As his story unfolded, I couldn’t help but feel disappointed and saddened. He explained how an institution for the mentally ill had rejected his son on the pretence of him being unable to use the bathroom on his own.

“We used to live in a joint family, and I always felt happy seeing my son play with other children. But my sister-in-law never liked him. So she stopped her children from playing with him. She said he was harmful to them.”

With grim expressions, he went on saying how they have tried various treatments and how doctors always assume that it was an interfamily marriage that led him to his mental illness – even though the parents aren’t even remotely related.

Sitting opposite to the child, I couldn’t fathom what he must feel and I was dismayed to hear about the doctor-administered tranquilisers he had to go endure at such a young age. The most alarming part was the suggestions the father got from his family members – they varied from imprisoning him in their house to chaining and locking him up.

He was narrating his story when the train began to slow down. Even though I had reached my destination, I thought of the daunting journey these parents had ahead of them. A journey filled with ridicule and callousness.

Our country needs more institutions and specialised doctors to accommodate the mentally challenged. Family counselling, staff training and public awareness should be included in the agenda as well. The government of Pakistan passed the Mental Health Ordinance for Pakistan Act 2001, but it needs to be implemented wholly.

We, as a nation, have to change our perceptions and attitude towards mentally ill individuals. We may complain about how the government is inept in this department, but the change comes from within – it starts from us.

We rightfully talk of various rights, those of women, labourers, and children, but we need a voice for the mentally-handicapped as well, who have become an ostracised group in our society. Let’s take a stand against this inhumanity, let’s be the voice for these fallen stars.

The post has been translated from our Urdu blogs page. Read the Urdu version of this piece here.

He has a Masters degree in International Relations with DSS, with Foreign Policy Of Pakistan as a minor subject. He has worked and researched on Houbara Bustards. He is also a freelance writer.