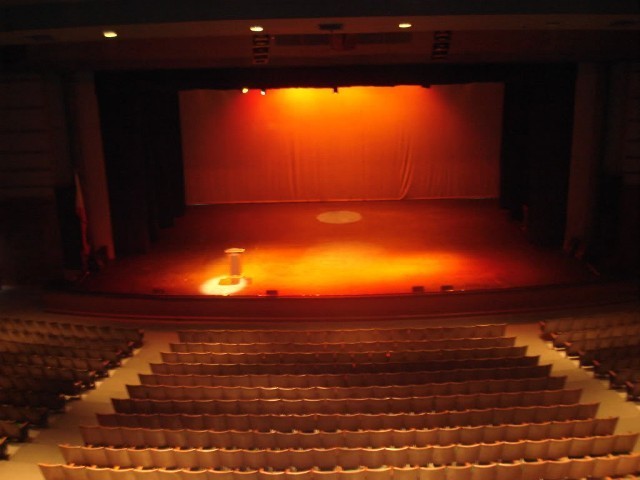 Slowly we all woke up only to find performers back on the stage. PHOTO: AFP

I was happy, content and so engrossed in the performance that the world ceased to exist for a few moments and then, suddenly, the whole act collapsed right in front of me. The performance ended abruptly. The audience didn’t even get a chance to applaud but I could hear a few startled gasps.

People didn’t expect such a hurried finish. It wasn’t just hurried, but sudden and shocking. I went outside to catch some fresh air, hoping and praying to return in a few minutes to experience a dramatic ending to the performance, but I was wrong… they left, never to return. It was disappointing and my hopes dashed ferociously through the gaps between my expectations and the reality that I was actually experiencing standing there.

The performers were young, passionate and seemed adventurous. To the audience, they seemed naïve but they were not ‘that’ naïve. As a performing arts enthusiast, I could tell that there was something sinister about the whole troupe. They would come close and seduce me, sending a stench of immorality into my nostrils. They were demonic and ungodly but they were such good performers that I kept drawing closer to them.

This was turning into an obsession and I would spend all my time watching them, observing them but one day my conscience told me to stand up and leave. While I was packing my stuff to leave the vile creatures, they surprised me by surrounding me like a mob; one of them even clutched my arm. They told me they loved me and suggested that we snuggle together in sleeping bags, under the moonlit sky.

It was cold so I decided to stay but I wasn’t going to allow them to use any more charm on me. I would close my eyes but I won’t sleep. I will be alert and ready to attack anyone who tried to harm me. But the long day and the endless hours of being an audience to this magnificent troupe took its toll and I fell asleep. There were thousands there and all the bodies were humming in silent communication. The Muslims were worshipping Allah, their women, donned in hijab, were facing the Ka’aba, the Hindus were chanting mantras and Christians were confessing their love for Jesus. It was a scene of mystic rites of ancient Gods and I could tell I was part of a momentous event.

Slowly, we all woke up only to find the performers back on the stage. The Muslim performers had taken off their hijab. Their dresses were a riot of colours, a union of various cultures and regions. The women were flaunting their well-sculpted bodies and the men were parading the hours put into building up muscles, in sheer harem pants. The whole build up to the final act was enticing and attractive. There was no shame in showing off whatever you had that day. Women, men, the young and old, everyone was fused together in a euphoric event of tripping, swaying and whirling.

But it ended all at once. No more dancing or singing; there was no reason to celebrate. The festivities ended and everyone started to go back to their cradles but I spotted them once again, confronted them and unleashed my wrath. A little demon inside me suggested it would be fun to chase them, just to see them run…

“There’s no god but Allah, there’s no language but Urdu and there’s no ‘jaan’ but ‘Ammi Jaan’!”