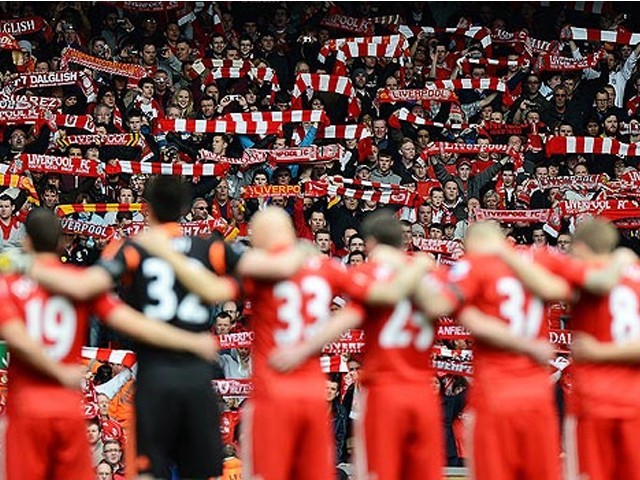 Rodgers needs to assess his decisions and start working on the frailties that the European greats are showing right now as the relaxation given to him by the owners will not last long if the frustration keeps piling up. PHOTO: AFP

Having seen the worst possible starts from the once-mighty Reds since 1982 in the Premier League, the Merseyside giants travelled to the outskirts of Bulgaria to take on Ludogorets Razgrad with the hopes of securing their berth in the last 16 of Europe’s elite club competition.

The fact that the Bulgarian side – currently in their first Champions League campaign and with a record transfer fee of just $1.5million – stands tall in front of the Reds is a matter of concern for Liverpool manager Brendan Rodgers, who has been piled with criticism in the recent weeks for his stubbornness to rotate the team, even when the teams’ weaknesses have been exposed time and again.

Liverpool’s head coach Brendan Rodgers gestures during the UEFA Champions League Group B match between Ludogorets Razgrad and Liverpool at the Vassil Levski stadium in Sofia on November 26, 2014. Photo: AFP

The match saw the European first-timers drawing first blood in the third minute of the match after Liverpool goalkeeper Simon Mignolet fumbled the ball to allow Dani Abalo to put the ball in the back of the net. Rickie Lambert equalised for the travelling side in the eighth minute to score for the first time in a Champions League game, while a spectacular run from 19-year-old Raheem Sterling allowed compatriot Jordan Henderson to run behind the Bulgarian defence and score – what it seemed like – the winner in the 37th minute.

Jordan Henderson (C) celebrates with teamates after scoring a goal on November 26, 2014 during a UEFA Champions League Group B match between Ludogorets Razgrad and Liverpool FC at the Vassil Levski stadium in Sofia. Photo : AFP

However, Liverpool conceded yet another goal from a set piece, their 13th this season, in the 88th minute as Georgi Terziev headed the ball past Mignolet to let the home side take a point from a game and leaving the travelling fans fuming with frustration.

Liverpool now have to win against Basel, when they host the Swiss side on December 9th at Anfield, to secure their place in the knock-out stages of the Champions League.

So what do we take out from this?

Rodgers’ pre-match conference had highlighted that Liverpool is lacking self-belief and that the team needs to find their confidence which brought them so close to win the Premier League last season.

And that is exactly what the Reds are lacking right now. Liverpool’s defensive frailties have been well-highlighted and criticised upon but what Rodgers is thinking is something beyond our imagination.

The former Swansea manager opted to bring in Kolo Toure in place of the struggling Dejan Lovren but somehow managed to play Glen Johnson on the right. Many have started to wonder what Johnson does in training to guarantee his place in the starting 11, with the England defender having failed time and again to provide solidity to the back four.

Once again, it was Johnson who lost his man in the 88th minute which allowed the equaliser from the Bulgarians to go through and his contribution throughout the game was far below the level expected from a Liverpool right-back.  Secondly, Rodgers decided to play Captain Steven Gerrard and Lambert for the whole 90 minutes which is once again quite perplexing as the ailing legs of the duo have been in question throughout the season.

Fresh legs, in the form of Emre Can, Philipe Coutinho, Adam Lallana and Fabio Borini, were available on the bench, but the Reds boss still does not have the guts to bench the captain and instead is quite happy to let him play three matches a week, something even greats like Manchester United’s Paul Scholes and Ryan Giggs did not do in their 30s.

However, it was the lack of initiative by the Reds boss which allowed the pressure from the Bulgarian side to mount in the last 10 minutes, leading to a goal in the 88th minute and leaving the 2,000 travelling fans frustrated.

I would like to stress here that it is not the fact that Gerrard cannot play the full 90 minutes, but the fact that his body and his athleticism suffer when you play him week-in week-out which diminishes the drive and allows pressure to pile up on the captain. He has not been having the best time of his career, especially since the infamous ‘slip’ against Chelsea and the ‘header’ leading to a World Cup exit in Brazil, with the 34-year-old himself claiming the time to be “his worst three months of his life”.

Another concern for Liverpool is the fact that they did not complete a single pass inside the Ludogorets penalty box, highlighting the lack of creativity in the forward line. Liverpool’s passes and attacking play has become quite predictable which is another concern as the Reds were on a goal scoring spree last season, scoring 101 goals in the Premier League alone. Much of the lack of scoring cannot be put on the manager as their top goal-scorer, Luis Suarez, left for Barcelona and the second choice, Daniel Sturridge, is suffering from a series of injuries since the start of the season, while £16million Mario Balotelli is yet to score his first Premier League goal for the Reds.

However, there were some positives in the game as well with the scintillating performances of Sterling and Henderson. The former had a chance to secure the win with 10 minutes to go when he drove the shot straight to the Ludogorets keeper, while the latter’s work rate and constant dashes all across the pitch were inspirational.

But the fact remains that Rodgers needs to assess his decisions and start working on the frailties that the European greats are showing right now as the relaxation given to him by the owners will not last long if the frustration keeps piling up.

Liverpool fans shout slogans on November 26, 2014 before the match between Ludogorets Razgrad and Liverpool. Photo: AFP

The fans however, continue to stand by their manager – the man who brought them so close to the Premier League title last season – but stubbornness is something that the 41-year-old needs to let go as stubbornness is a disease which kills even the mightiest of men.