Will Islam be judged if Aasia Bibi is executed? 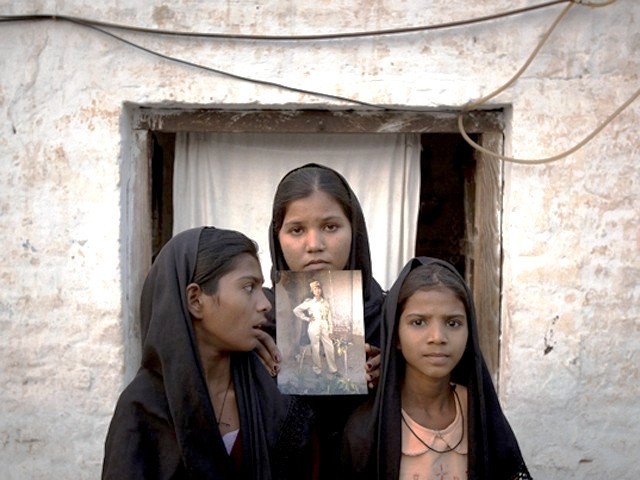 We must think about the fairness of Aasia’s trial and unite to condemn it. PHOTO: REUTERS

Aasia Bibi, mother of five, sits in prison hoping one last appeal will save her from death row. If she is executed, as with the lynching of Shahzad and Shama Masih and the assassination of Salman Taseer, Islam will be judged.

In such cases involving religion, to believe that ‘all of’ or ‘none of’ Islam supports blasphemy laws or the ideology of the Taliban, Daesh, Boko Haram, etcetera, suggests intellectual laziness at best and bigotry at worst. But it’s reasonable to examine some of Islam. The questions become those of quantification – how many Muslims subscribe to blasphemy laws, honour killings, suicide bombings, and other cases of judicial or extrajudicial violence? The answer wherein determines how to fairly judge Islam.

First, we need to define a Muslim. Conventionally, Muslims are those who profess the Shahada (Kalma). In Kenya, on November 22, al Shabab killed 28 people because these people could not recite the Shahada. Therefore, if we agree on the above definition, members of al Shabab and all other extremists are Muslim. Yet, most Muslims repudiate their ideology. Nevertheless, ideologies are judged by their adherents’ actions. To a degree, communism is judged by Chairman Mao and Pol Pot, unfettered capitalism by slavery, Christianity by the inquisition and persecutions of homosexuals. But the dialectic between capitalism and socialism has evolved into vibrant democracy where socialism and capitalism mix; see Europe, East Asia, and North America.

Christianity? According to the Southern Law Poverty Center, the Christian fundamentalists in the Ku Klux Klan (KKK) numbered four million in 1925 but now have splintered into factions totalling, at the most, 8,000. To quantify, in the US, almost no Christians subscribe to KKK ideology, not to mention killing homosexuals or apostates. But Islam? The oft cited PEW Research study shows that a “significant minority” of Muslims support apostasy and blasphemy laws and, thus, support Aasia’s execution. But even one human thinking Aasia should die is one too many.

The ideology of Muslims living in the West or Turkey contrasts with Muslims in Pakistan, Saudi Arabia, and Egypt. Generally, Muslims that live in democratic societies are more open to secularism and coexistence, notwithstanding exceptions in Britain like Anjem Chaudary. But even in Pakistan, there’s a disagreement between extremists and humanists. So, how do we judge Islam in this context of diversity? Herein is the future battle, as argued recently by Reza Aslan and Sam Harris, two men who unequivocally stand for the same things; both are against extremism but they quantify differently, as pointed out by Heina Dadabhoy at Free Thoughts Blog, absolutes don’t offer answers.

Aasia has served four years in prison, already victimised, as are her children and husband. Killing her would be a travesty. The world is watching, as they did when the Lahore cleric Qari Saleem handed out ‘sweets’ to celebrate the verdict sentencing her to death. To revel in this sickens most non-Muslims and Muslims alike.

Muslims should want humanity to think of them as peaceful and tolerant. We must think about the fairness of Aasia’s trial and unite to condemn it. For those who would execute Aasia will be judged, inside Pakistan and out. The only question is, how much of Islam will be judged?