Don’t blame the men at home, when national leaders put women in boxes 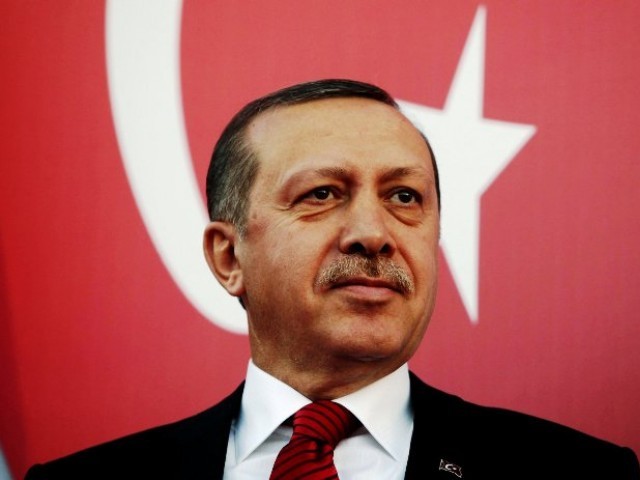 Turkish President, Recep Tayyip Erdogan has declared that men and women are not equal, because this is against human nature, the two sexes being biologically different. PHOTO: REUTERS

Turkish President, Recep Tayyip Erdogan has declared that men and women are not equal, because this is against human nature, the two sexes being biologically different.

He bashed at feminists who, according to him, do not understand the concept of motherhood and insisted on the primary and sole role of women being the caregivers. He has declared that every woman should have three children and proposed to limit abortions, morning-after pills and caesarean sections.

Though it is accepted that a woman’s predominant role in life is that of a mother, she produces and raises a generation, she is the first institution for her children and I believe that children should be the main priority in the life for a woman, as with motherhood comes a huge responsibility.

But still, I respectfully disagree with the Turkish President.

It is the denying women of an absolute right over their reproductive choices, which is unjust. And yes, I do not ascribe to the strand of radical feminists, some of them, who insist that marriage and motherhood put women in a position of subjugation and they should steer away from these social and biological experiences. I do not agree with those either who think that a woman cannot manage professional and family life simultaneously. Mr Erdogan insists that:

“Their characters, habits and physiques are different. You cannot place a mother breastfeeding her baby on equal footing with men.”

I propound that women can and have even managed to take key leadership and executive roles along with motherhood. For instance, Benazir Bhutto happens to be the first female prime minister to have given birth to a child while in office. Similarly, an Italian Member of the European Union Parliament, Licia Ronzulli, brings her few months old daughter, Vittoria, to the parliamentary sessions and she does not appear to be a distraction.

If we look at the findings by sociologists and psychologists, it becomes apparent that nurture is more dominant over nature. So even if it’s accepted that women are biologically different, by giving them the right environment, exposure and opportunities, they can and have performed the roles, traditionally considered to be masculine. Stephen Pinker, a renowned psychologist at Harvard, writes in his book titled “The Better Angels of Our Nature”,

“Over the long sweep of history, women have been and will be a pacifying force. Traditional war is a man’s game: tribal women never band together to raid the neighbouring villages.”

He relates this to the fact that if they were in charge of the world, it would have been more peaceful. Joseph S Nye notes that sceptics would immediately reply to this by saying that women have not made war simply because they have rarely been in power. Furthermore, those who have been powerful like Margaret Thatcher, Indhira Gandhi and Golda Meir did lead their respective countries to war, but they all rose to power by conforming to the “male standard”. He further maintains that various psychological studies show that men gravitate towards hard power of command, while women are collaborative and intuitively understand the soft power of attraction and persuasion. Hence, it would not be wrong to maintain that nature is not the impediment, but it’s all about how their roles are perceived and how we define different sociological concepts.

The women of today are faced with the dilemma of non-acceptability, no matter what they do, they are neither fully accepted nor are they satisfied. An analogy can be drawn with the character of Mr Owen Hunt from the TV Series Gray’s Anatomy, who developed differences with the woman he was in a relationship with, Christina, as she was too ambitious and did not want to have a child and opted for abortion. Then he broke up with another woman Beth Whitman, whom he considered to be very emotional and attached to everything and everyone for him to handle. The next relationship breakup was with one Emma Marling, as apparently they both wanted different things as Emma who was too willing to compromise her professional life to give way to her family life and he did not seem very happy about this.

The rishta aunties hunting brides for their sons are no less demanding and confused than Mr Owen. An ideal “bahu material” for them presumably, amongst a range and variety of all other things is one who has a professional degree be it a doctor, a scientist, a lawyer but one who will be a “gharailu khatoon” (homely woman) running the domestic chores after all those years of education and training. It seems to me that women today are not satisfied either, they feel guilty for working and “neglecting” the household, and are labelled as “selfish”, “rebellious” and “irresponsible” by the society. On the other hand, women who do not have careers also have a feeling of insecurity especially when they see other women they know doing well in their professional life.

To sum it all up, it is not nature, which makes sexes unequal. Yes admittedly, their biological functions do vary, they may be different in anatomy but not unequal in worth and dignity. It is mentioned in the Holy Quran that men and women are created from the same Nafs, and equality being the central theme of Islam. Islam attaches immense significance to the sanctity of family life and exalts the status of mothers, but motherhood is not the sole role of a woman in Islam. I do agree with him partially when he says,

“What women need is to be able to be equivalent, rather than equal. Because equality turns the victim into an oppressor and vice versa.”

By this, he means that whenever women are made to compete in public life, they are judged by a “male standard”, and the irony is that instead of focusing on changing of perceptions and stereotypes, the Turkish president chose to accept the existing inequalities as facts. Even greater irony is that he is addressing the conference on women and justice, and is advocating inequality.