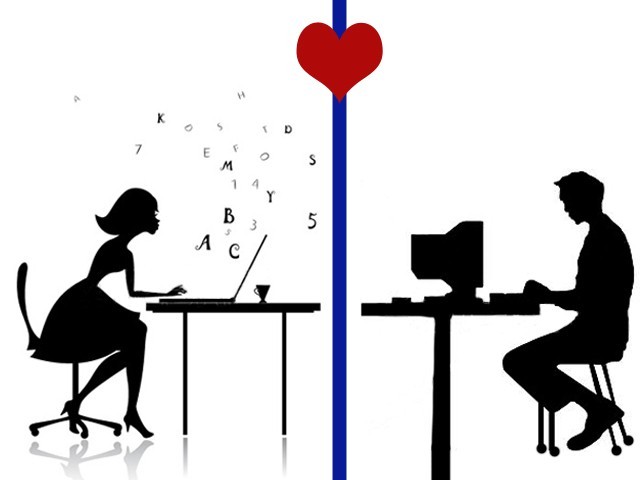 Cheating on a partner or having an affair whilst being in a steady, committed relationship has been an area of interest to people for as long as one can trace back the history of humankind. Since the last decade, social scientists have been trying to understand the phenomenon of online affairs or ‘digital cheating’.

Several studies focus on what they call the ‘AAA engine’ of online affairs – Affordability, Accessibility and Anonymity. Social media makes it more comfortable for people to share their fantasies and problems while sitting in the protection of their home or workplace. Several studies also show that while committed men have traditionally been more engaged in such activities, the number of women having online affairs is also on the increase.

A study conducted at the University of Indiana found that Facebook is widely used by people in steady relationships to keep in touch with their exes or platonic friends whom they call ‘backburners’. This study found that besides their current partner, each of the respondents, on an average, had romantic or sexual conversations with two people.

Another study conducted at the University of Nevada highlights the opportunity social media provides to both men and women to act out their fantasies which they might not be able to in reality. It acknowledges the impact of emotional infidelity and states that online affairs can affect the relationship in ways similar to traditional affairs, resulting in feelings of insecurity, anger and jealousy. Other studies also show that online affairs lead to neglect of work and children, and less interest in sex in the existing relationship.

A friend of mine shared her experience saying:

“Initially, it was just internet pornography and then it became Facebook, Skype and Whatsapp chat with girls he meets socially and through work. He is extremely social and successful in his work. Even when he is at home with us, he is busy on his phone and we have many fights over this issue which is affecting my children now. He continues doing so and there is not much I can do to stop this.” – A woman in her late 30s.

No formal studies have been conducted in Pakistan to understand the extent, dynamics and impact of online affairs. Based on limited experience of working with clients and that of friends and acquaintances, the use of the Internet to initiate and maintain affairs is on the rise both among married men and women. Facebook, Twitter, Whatsapp, Skype and similar social networking platforms provide a private, comfortable and easy avenue to share intimate feelings, fantasies and thoughts. Inhibitions are lowered while talking to someone online as opposed to in a face-to-face conversation. The nature of the online relationships and the level of intimacy vary from case to case with each person having their own definition of the behaviour that constitutes cheating.

For some, it only includes casual flirtatious exchange of messages with someone they had met briefly either socially or through work, while for others it leads to a more explicit exchange of sexual information or sharing of personal feelings, problems etcetera. Many times, the strong emotional connection formed over social networks also leads the relationship to the next level of communication over the phone and then meeting in person.

An acquaintance in his late 40s explained,

“It started with me reconnecting with a distant relative who I emailed about problems at home. We were both very open and comfortable with each other. From the emails, we moved to exchanging Whatsapp and text messages and became more intimate with each other over time.”

The online exchange in most of the cases is not with a complete stranger and involves someone they know socially, through work, an ex or an old school friend. Some pick people to connect with who they think are ‘safe’, would not tell or would not have to meet on a regular basis, while some are drawn towards those who would be willing to engage eventually in an actual physical relationship.

Another friend revealed that,

“I have reconnected with acquaintances whenever I have felt that my spouse is not taking interest or appreciating me. I am not emotionally involved; it’s just flirtation, purely to have that need fulfilled. These acquaintances I chat with are ‘happily married men’. I chose to speak to those who I don’t have to meet on a regular basis.” – A woman in her mid-20s.

Owing to the complex nature of online cheating and dearth of research, no single reason or pattern can be generalised to understand why men and women engage in an online affair while being in steady committed relationships. It would also be difficult to comment on why people who themselves report being ‘happy, satisfied and in love’ in their current relationship, resort to seeking online relationships. While this area needs to be studied in greater depth, some reasons that were commonly shared include lack of attraction or interest in sex with or from the partner, need to experiment and play out fantasies, boredom, loneliness, need for emotional connection, dissatisfaction with the current relationship, personal need for validation and appreciation, wanting more than what is already available, personal complexes and fears etcetera.

The fact that some of these relationships may not lead to actual physical contact make people believe that it does not constitute as cheating and thus may not be seen as a problem. As a result, the behaviour might continue parallel to the committed relationship, often without the spouse or partner being aware that there is a problem in the relationship that needs to be addressed. As a result, the devastating impact of emotional and online cheating without any physical contact is underplayed. While the online affair may continue to remain hidden from the spouse, there is a negative impact of the affair on the current relationship in the form of lack of interest and motivation to work through the personal and relationship issues leading to the behaviour.

Human beings are complex and so are their needs, desires and motivations. Affairs and relationships have existed in the past even before the internet and social media facilitated them. Individual counselling can be beneficial for those who feel that online relationships could become an unhealthy pattern affecting their current ones, their work and other aspects of life, while couple counselling can be beneficial for those who have unresolved emotional and sexual issues and communication gaps.

Do you need a 'reason' to be depressed?