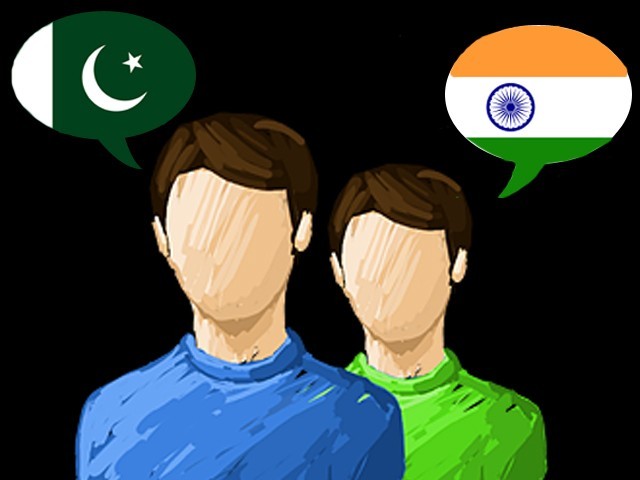 More often than not, this debate turns into an emotional rant of who did what in 1947.

The first time I moderated comments, for the blogs section of The Express Tribune, I learnt a sad truth; people have unabashed hatred for one another. I couldn’t believe until I saw it myself.

Perhaps I was living in a bubble, I thought we had come a long way from partition and that Pakistanis and Indians had learnt to coexist. I didn’t think that Muslims and Hindus cringed at the very mention of the other.

It wasn’t long before, I started moderating comments flooding in from around the world and, my idealistic bubble burst. Our blog readers belong to the educated class. These are people who have the capacity to read pieces of writing and then partake in a healthy, intellectual debate.

More often than not, this debate turns into an emotional rant of who did what in 1947, who said what in British India, whose criminals are worse in the war on terror and which country is better than the other in the eyes of the Western media. Everyone brings up their defensive guards and comes up with the worst possible things you can say to hurt each other… and all for what?

There is absolutely nothing wrong with taking part in a discussion and expressing your opinion in a comment. You are an educated individual and you have the right to have your opinion heard. But is it absolutely necessary that to make your point valid, you have to demean the person you are arguing with? If the article is about the sexual abuse of young children, do you have say that my country is better because the incidents of sexual abuse are lesser than that in your country? How does that, in any way, make sexual abuse any less horrendous? Open your minds a little and talk about the incredibly serious topic at hand that needs more attention than mere comparative statistic of crimes.

Also, my dear commenters, not every person who manages to prove you wrong is ‘paid’ by some secret service agent belonging to your ‘rival’ country. No one is paid to humiliate you; all of you do that completely on your own. If you do not like what someone is saying, then come back with a strong argument; don’t accuse them of being bought by this agency and that agency.

To my dear Indian commentators I would like to say, Gandhi was a man of stature on his own, you don’t need to belittle Jinnah to make Gandhi seem any better than he was.

And to my dear Muslims I would like to say, if you claim that Islam is a religion of peace then why do you not feel the urge to defend it by practicing it? By bringing up acts committed by those of other faiths, saying ‘look they’re just as bad as us’ you are not doing Islam any favours!

My question to these commenters is: what is the point of us being educated when our minds remain small as ever? What was the point of us studying history in school when we cannot learn from the mistakes of our forefathers? They say, with education comes awareness and tolerance, but what is its purpose if we still fail to look beyond borders, religion, colour, race and language?

Perhaps, I was too naive in the first place, to think that the enmity between India and Pakistan was only limited to the cricket pitch. I was wrong to think that maybe, younger generations will rise above the divide our forefathers created decades ago. I was wrong, because judging from the disgust emanating from the words of our literate lot, Pakistan and India will always remain the kind of neighbours that only rise when the other’s head is deep in the ground.