What crime have the IDPs committed to deserve this? 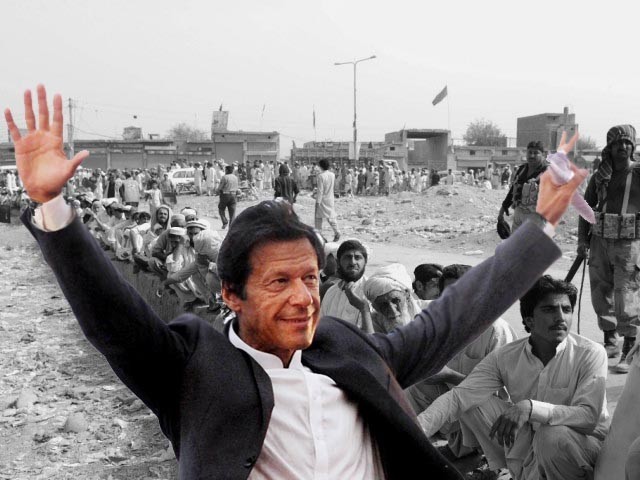 One wonders if it is befitting for a party president and the ruling government in K-P to dismiss the plight of almost a million people as ‘not our responsibility’. PHOTO: FILE

As we sit and watch our televisions air press conferences after press conferences, jalsas after jalsas, war of words and the hyperactive talk show hosts attempt to bolster their ratings by getting opposing parties’ representatives launch into shouting matches and us, well we forget.

We forget that Pakistan is now ranking third on the Global Terrorism Index. We forget that as of July, the UNHCR reported that 99, 2990 individuals are now internally displaced people in the Islamic Republic of Pakistan; 74% of these people are women and children. We forget that, recently, three students were injured as they accidentally brought hand grenades into their school. A case of matricide came forward from the IDPs where a man brutally hacked and cremated his octogenarian mother. Last week the police and IDPs clashed at a ration centre in Bannu, leaving eight policemen and 11 IDPs injured. The police then arrested the IDPs – later released because Marvi Memon staged a sit-in for their release.

In the same month, Imran Khan, the PTI chairman, the party that currently rules the roost in the province, insisted that the IDPs were not their responsibility, but were in fact the responsibility of the federal government.

As Imran Khan chants his regular chants, travels all across Pakistan to invite people for yet another dharna, he forgets that his party is now ruling in the province of Khyber-Pakhtunkhwa (K-P) which is riddled with many problems, the IDPs being the most pressing concern. One wonders if it is befitting for a party president and the ruling government in K-P to dismiss the plight of almost a million people as ‘not our responsibility’ and talk about going to the courts (which Khan has fervently criticised) in order to highlight the issue. What does Mr Khan expect the courts to do? Even if they agree wholeheartedly to Khan’s plea, there are still a million people spread across Khyber-Pakhtunkhwa without homes, without shelters, without food and without safety.

Shouldn’t the government in K-P address the issue by taking the IDPs hands on? Instead of spending government funds on protocol, which the party chief uses in order to travel, instead of focusing all his party’s energies and funds on attempting to dethrone the federal government and ask for the prime minister’s resignation, should the K-P head honchos not focus on the countless innocent Pakistanis who are bearing the brunt of a country at war? Should the party heads not sit together, setting aside differences, and work together to solve a humanitarian crises that is plaguing a country that is already fighting militants, a credible existential threat?

The reason there is no focus on the IDPs by the K-P leadership is because the IDPs are not a viable vote bank. They are not the kind of crowds that can come to jalsas and they are not the kind of crowds that will make you prime minister. They are just innocent Pakistanis, caught in the crossfire of a series of unfortunate events. They are children in those groups who have no idea who Nawaz Sharif is or who Imran Khan is, all they know is that they have had to leave their homes and fight for food indefinitely.

There are women in the IDP camps who have no political affiliations, who do not understand the difference between federal and provincial governments. There are families there whose most pressing concern is not the placement of the chief election commissioner but the fact that winter is upon them and they need blankets and insulation.

The media that spends countless hours televising Imran Khan’s dharnas and talk shows about said dharnas, spends little amount of its transmission dedicated to the hundreds of thousands of people who have nowhere to go. The politicians that spend most of their time mudslinging on each other have little to say about whether or not they are asking for donations for the IDPs.

Is this their crime, that they are poor and unglamorous? That the solution of their plight will not help anyone in any point scoring on the media? That they are the forgotten, ignored, neglected citizens of Pakistan?