Pakistan and India do not need another war 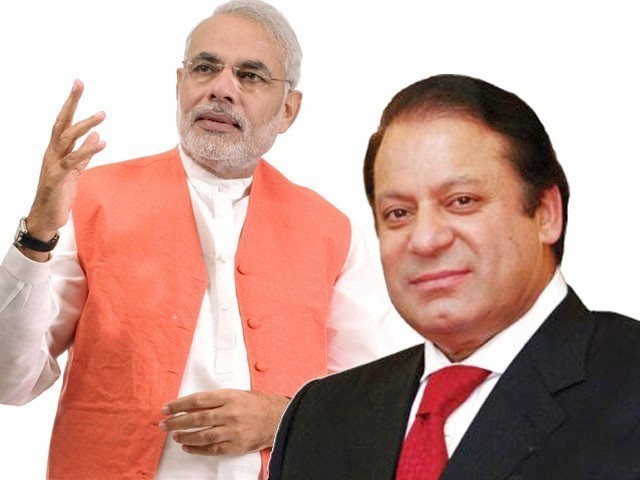 In the midst of falling markets and rising inflation, the people of India chose Modi as an alternative as he restored hope. PHOTO: FILE

We are in the midst of turmoil with tensions across the Line of Control (LoC); every passing day, there is news reported on both sides of the border, blaming the other side of a breach and cross-border fire at the LoC, thereby resulting in the death of soldiers and the displacement of our citizens from bordering areas.

While Pakistan has a long history of army dictators taking control of the government and establishing their command, India, in comparison, has progressed towards evolving itself into a successful and robust democracy, with its own limitations on certain fronts.

After the recent triumph of the Bharatiya Janata Party (BJP), under the ambitious leadership of Narendra Modi, the equations of democracy within India have changed and perhaps, in the coming future, we will see the newly formed government somersault against the policies of their predecessors.

A BJP government in India is perhaps being perceived as a Hindu government and a potential threat to the Muslim Pakistan. The citizenry in Pakistan must not neglect the fact that, immediately after receiving a clear mandate from the citizens of India, Prime Minister Modi invited the heads of all of the South Asian Association for Regional Cooperation (SAARC) nations for his swearing in oath ceremony. The only intention was to assert his commitment towards regional stability, and political and economic cooperation, and Prime Minister Nawaz Sharif was gracious enough to attend the occasion and shake hands with the newly elected robust democrat.

In the midst of falling markets and rising inflation, the people of India chose Modi as an alternative because he restored hope, despite fears of Hindu-Muslim riots and suppression of minorities garnered by many sections of the society. Similar would be the situation in the Pakistani intelligence agencies as the new government has made a public display of its nationalism – in terms of dealing with Kashmir. Furthermore, we shouldn’t forget that the two brothers in the subcontinent went to war the last time BJP was in power.

Since Modi has become prime minister, there is hope in the people; whether Modi’s government fulfils that hope or not is something only time will tell, but the very fact that hope is restored is a great aspect of Modi’s election, as nations are harboured for future growth on the virtue of hope and faith in their leaders. India hasn’t seen such a leader in decades. It is emotionally and psychologically prepared for growth, and so far, Modi’s advent in the centre has proved to be a good gesture for Indian markets.

Today, Pakistan stands at a juxtaposition between its recent recovery from the dictatorial regime of General Pervez Musharraf and its on-going democratic success; democracy is still volatile and the rising threat of militancy and everyday road shows by certain politicians in Pakistan, though within their democratic rights, are definitely a cause of concern for the state of Pakistan.

Today, the utmost priority for Pakistan should be peace, along with economic development and modern education for all sections of society. But for political gains, a fear-psychology game is being played by a few warmongers to gain momentum for the war, to which if the Pakistani citizens fall, it is nobody but the citizens’ loss. It is indeed a position of turmoil and any warlike situation may again result in a fall of democracy and the rise of non-democratic forces.

Different centres of power, shared between the army, the ISI and democrats, have been the biggest threat to the Pakistani establishment till date. What Pakistan needs is a single centre of power with a distribution of responsibilities amongst the executive, legislature and judiciary, which shall command the loyalty of the army and its generals.

Every cross border firing is taken as a potential seed which may convert into war. War is certainly the most celebrated phenomenon in the folk tales of the subcontinent, but perhaps the common man doesn’t understand the seriousness of war on their, otherwise peaceful, lives. And war against an enemy by birth is a sentiment good enough to galvanise and woo the voters.

Let Pakistan’s citizenry not be fooled by any warmonger organisations to nurture the hatred against India and generate any kind of momentum. Because war is fought at the cost of the common man’s appetite and the soldier’s blood, only to reward the politicians and add chapters of glory to their names in the history of our nations.

India and Pakistan are both self-sufficient in warfare. Both nations are armed with nuclear power. If the two nations ever start a war, the fight will be tough enough to break backbones of both and it will give an advantage and entertainment to other powers.

Can Pakistan afford to undertake any serious war with India? How will it affect Pakistan monetarily and how will it benefit the Pakistani citizenry? If the same cost is utilised for the fruitful purposes of development, would that not be more beneficial? And most importantly, at this stage, what will Pakistan gain even if it succeeds in conquering the Kashmir valley from India?

If Pakistan and India start a war, it will turn nuclear and that will be the end of the subcontinent. Modi was not elected in India for advocating hatred towards Pakistan, but in the hopes of good governance and development. Industries and stock markets already anticipate great things under his leadership. And, in this regard, the people of Pakistan should also follow suit; they should choose their leaders, not in the hopes of defeating India, but to resurrect Pakistan to its greatest glory in terms of social empowerment and economic growth.

Modi must be taken as a symbol of economic opportunity available to Pakistan. Pakistan needs to understand that India remains committed to the democratic stability in Pakistan because no Indian citizen or statesman would ever want nuclear Pakistan to fall in the hands of any miscreants or warmongers, because it is in the interest of India to have a stable and civil government in its neighbour and estranged brother.

India has advanced itself from caste and religion based politics to competence based leadership and, because of this, the performance will slowly improve. Pakistan, too, can advance towards a stable democracy with a civilian government for whom war is the last option. Pakistan must focus more on economic development.

If India and Pakistan go to war, then this may be compared to the third battle of Panipat, fought between Marathas and Nadir Shah, where both parties lost their power and gave entry to a third, foreign party that ruled the subcontinent for 200 years.

We, as citizens of the subcontinent, need to give war a serious thought and bid these warmongering leaders a permanent goodbye.

A practising Advocate of Bombay High Court, who is keenly interested in bringing a steady social change in the society- based upon the ideas he believes in. He is also the Founder President of Hamlet to Globe. He tweets @vedchetan (twitter.com/Vedchetan)

An open letter to Shefali Vaidya: How can you justify killing humans in order to protect cows?