The culture of fat-shaming: A conversation with Ali Moeen Nawazish 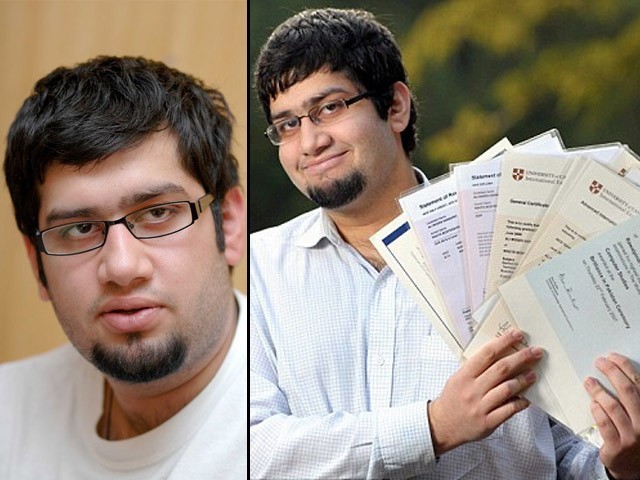 Fat-shaming is a social evil that takes a toll on even the best of us, and needs to be firmly dealt with.

I sat down with academic prodigy Ali Moeen Nawazish, to discuss the issue of fat-shaming and body image.

Do you consider shaming people for their weight as something perverse?

Definitely. Just judging anyone by not their actions, but the way they look, they sound, they speak; the whole concept of judging people based on these arbitrary things is perverse.

Have you personally been a victim of fat-shaming, or suffered from poor self-image?

Ever since I was a kid, it’s been there. I think it helped when I did my O’ levels and went to Cambridge. The three years that I spent in Cambridge, it was never really an issue. I forgot even thinking about the fact that I was somewhat different, or didn’t conform to society’s expectation of what I should look like. Even at Columbia, it’s the same thing. It’s refreshing. But all through high school, yeah, it was pretty bad.

Tell us about some of the efforts you’ve made to improve your physique, and to what extent were you successful?

I used to go to the Pindi race course every morning for a run. I played squash quite a lot, still do sometimes. I joined a gym for quite some time, and I’ve always prioritised my health. I was actually quite active.

And (due to these efforts) my health did improve. My cholesterol is pretty normal. My resting heart rate is good, and while exercising I can maintain my heart rate below (a level that) my trainer says is also very good.

For me, it’s always been about my health, you know? It’s never been about having a six-pack. I’ve accepted, to some extent, that there’s no way I’m going to look a certain way. Because to do that, I’d have to put a hold on a lot of things I do in life.

“Being fat is a choice”. What’s your opinion of that statement?

Hmm, it’s a choice for some people, but not everybody. Some people do deliberately gain weight to maybe “look healthier” or whatever, but many do as much as they can to lose weight and aren’t able to. Remember, it’s also a lot about metabolism, and so many other things that you as a doctor would know better? There are metabolic disorders, and thyroid conditions that make you fatter?

Right. So Yeah, if you’re not doing anything, then being fat is a choice. But I don’t think it’s a choice in most cases. And even when it is, it’s a choice you’re making (for yourself), and others should be able to respect that.

What would you say to a person who considers a fat joke as ‘harmless fun’?

The sad part is that most of our humour is addressed at making fun of someone. We have a jugat-bazi culture, and fat people are easy targets for like all jugats (slams) on the planet. When people do that, they need to realise there’s a big likelihood that they’re hurting someone’s feelings. It doesn’t mean that they don’t have a sense of humour; at some point, it just becomes too much.

It’s like asking what you think of jokes about people with ugly faces, or a person with one arm. Jokes (that make fun of people’s appearances) are pathetic to begin with.

Would you consider weight-loss surgery, or recommend it to others?

Going under a knife always carries a certain amount of risk. Unless the condition is life-threatening, or your health can be significantly improved by it, I wouldn’t recommend it. It’s stupid to assume all those risks and side-effects just to look good.

Some people consider fat-shaming as a necessary evil to motivate people into staying in shape. What would you say to that?

Well, if you keep telling a person, “You’re dumb, you’re dumb”, he’s not going to improve, is he? In my experience, every time somebody has bothered me about losing weight, it has demotivated me!  Every time I’ve had people accepting me, and not making it a (social) issue, it’s worked better.

Most of my weight loss occurred in environments where (fat-shaming) hasn’t been an issue, like in Cambridge. When you look at psychological studies on these issues, they show you that such criticism rarely works.

I still get loads of messages every day from boys and girls talking about being made fun of for the way they look. Even teachers do it to them sometimes! I know girls who started puking, and guys who tried all these (extreme) things to lose weight. It’s terrible.

Anything you’d like to say to these people who are bullied for their weight?

I think it represents a social decay, of sorts, when people are not judged by their hard work, grades and accomplishments, but rather by the way they look. And that’s become worse with the kind of social exposure we get on the internet, without our family values to counteract it.

It can be sad and demotivating, but I want to tell these kids that there’s light at the end of the tunnel. Don’t care about what people say. Work hard, stay healthy, and do it for yourself!

I nodded as I turned off my recording device, not simply because his words mostly affirmed my views, but because he had sincerely portrayed his, or rather our, struggles from our days together in high school.

Overweight people are often afraid to complain about the society’s lack of empathy, because we’ve convinced them that they deserve to fall from grace for what they’ve ‘allowed’ themselves to become; even when they are truly putting in their best efforts to improve themselves.

Fat-shaming is a social evil that takes a toll on even the best of us, and needs to be firmly dealt with.