Ethics in an unethical mirage 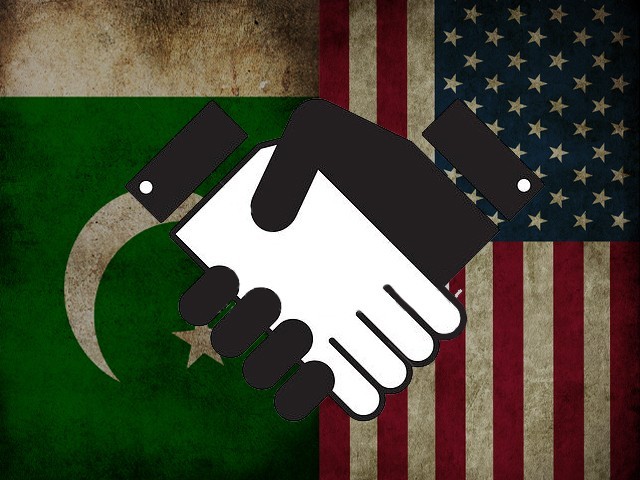 US has supported the government of Pakistan with some reservations, and the occasional barrage of allegations, but it has not considered, at any point in time, to support any non-state actors.

On the other hand, we have Mr Woodrow Wilson, who argues that,

“Interests do not tie nations together; it sometimes separates them. But sympathy and understanding does unite them.”

It may be conceded that Mr Wilson’s statement is deceptively simplistic; however, it is not necessarily utopian. Wilson represents the liberal school of international politics theoreticians who believe that it is possible to view international politics as having some moral content. Liberal thinkers argue that the leadership of a nation comprises of a subset of individuals and, thus, the leadership need not be viewed as having sociopathic tendencies.

Finding the right adjective to describe the relations between Pakistan and the United States is not an easy task. While the relationship has primarily been countenanced by the United States’ overtures for particular strategic alliances, the politics of mutual benefit has continued through to the present. The support has only been qualified but has never faltered, even at the most critical of junctures. If international politics involves interests, is it merely a coincidence that the two countries’ interests converged at every critical juncture?

This is but a remote possibility. There must be a rationale buttressing this unfaltering support, there must be a latent yet potent rationale that must be responsible for this dynamic. It would be naïve to suggest that this rationale is a mere matter of sycophancy stemming from the subcontinent’s colonial past; with that said, this argument forms a substantial constituent of electoral rhetoric.

The public in both countries is divided and it is difficult to impute a single approach to the diverse domestic political subsets in both countries. Outside of the electoral arena, we find that the two countries are careful of their diction in official statements. However, there has been, at times, dissonance in the statements on both sides, which has often been interpreted by analysts as a “souring” of the relations between the two countries. This conclusion, however, appears to disregard the nuances of international politics.

With the recent reports of the US ambassador being summoned to the Foreign Office over “unsubstantiated allegations” made against Pakistan in a recent Pentagon report, commentators diagnosed another “souring” of the relations between the two countries. Relations have returned to normal over the course of time and the Pakistani state continues to enjoy the support of the US.

The Abbottabad operation was expected to be the event that would end up souring relations to a point of no return. Yet, the countries have been able to gain each other’s trust, paving the way for a continued partnership. John Kerry’s recent statement praising and reposing the confidence in the Pakistan Army is just one of the numerous examples of the fact that both countries emphasise on the “past-ness of the past” in their relations. While it cannot be said that this phenomenon is an idiosyncrasy of the Pak-US relationship, the coordination, pace, and patience shown by the countries is indeed unique.

“Disowning the war will not stop it.”

Interestingly, the US has supported the government of Pakistan with some reservations, and the occasional barrage of allegations, but it has not considered, at any point in time, to support any non-state actors. The US has sided with the Pakistani state and it considers the Pakistani state as the legitimate representative of the Pakistani people. On the face, it appears to be a plain fact; however, for a country facing existential threats, there could be no bigger achievements than being recognised as the legitimate representative of its people.

The coordination between the two countries often defies the expectations of the public which is often attributed to a strategic partnership at the highest levels in the civil and military leadership of the US. This explains the method by which the countries engage in trust building. However, the source of the will power and intention to keep relations as coordinated and cordial as possible is not visible to the naked eye. The recent visit of the Chief of Army Staff, General Raheel Sharif is a manifestation of the high level coordination amongst the two countries, and shows that leadership on both sides are willing to take on not only the challenge that the two countries face individually but also the challenges to the relationship itself.

The US’s support of the Syrian opposition has culminated into a regional crisis and it finds itself allied with a violent group, who “weren’t terrorists initially”, according to Hilary Clinton, the former secretary of state in an interview with acclaimed journalist, Christiane Amanpour.

Pakistan has been fortunate enough to have the support of the international community, including the United States, in the war against terror. The Pakistani state, even with its admitted shortcomings, has received relatively little criticism of its role in this war alongside an acknowledgement of Pakistan’s role in the war on terror and the sacrifices rendered by the country and its people from Senator Kerry. Fortunately, there is no challenge to its legitimacy as the representative of the Pakistani people. Some may argue that the interests of the international community lie but there appears to be a hidden force. This latent factor may just be the existence of ethics in an unethical mirage.

The writer is a law graduate and political commentator.