Saving the legacy of the National College of Arts 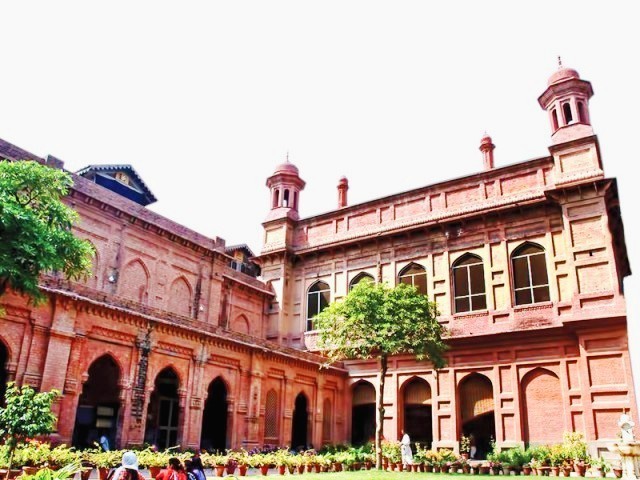 Since 1875, when it was founded, the institution has grown manifold and has seen many shifts in government policies. PHOTO: FILE

In the days of my childhood fantasies, when I read stories from the Jungle Book, I didn’t know that I will someday be associated with the prestigious institution which had Rudyard Kipling’s father, John Lockwood Kipling, as its first principal. In fact, I later got to know that John Lockwood Kipling personally contributed to the books with his illustrations.

The National College of Arts, from the days when it was the Mayo School of Arts, has had personalities of great stature associated with it. It still is the representative art institution of Pakistan at national and international levels. The NCA, its fellows and its alumni, are an inspiration for future artists, designers and architects.

Since 1875, when it was founded, the institution has grown manifold and has seen many shifts in government policies. Following the 18th amendment, which caused matters of education to fall under the domain of the provincial ministry, NCA’s control was handed over to the Inter Provincial Coordination Ministry and subsequently to the Cabinet Division. After the abolition of the education ministry at the federal level, the chairman of NCA’s board of governors became none other than the prime minister of Pakistan himself.

It might seem that being under direct supervision of Pakistan’s premier the institution might be getting special attention but, considering the politically charged atmosphere of Islamabad, it can be assumed that an art college is not exactly in the prime minister’s list of priorities. The current permanent principal was appointed after five consecutive acting principals, and the college has been functioning without a board of governors for many years now. This attests to the sorry state of affairs of the college at present.

The constitution of the National College of Arts requires all major decisions of the college to be approved by the board of governors. With no board of governors in place and no representation of students in college affairs, NCA is facing a crisis characterised by ad hoc decision-making and a situation of potential power abuse by a single authority figure.

The college administration, in an attempt to generate funds, announced a replica program for its 2015 session. Firstly, without the approval of the board of governors, which doesn’t exist, a huge development such as the decision of starting a second shift in the college is null and void. Secondly, with the doubled fees, no reserved seats for the provinces, and no hostel facilities on offer, the second shift in the college does not represent what the college has stood for in all the years of its existence. The decision of starting a second shift faced strong opposition from students, considering resources have already been declared insufficient and unsatisfactory by a competent authority, such as the Pakistan Council of Architects and Town Planners (PCATP), as well as the students themselves. After failed negotiations with the college administration, the students protested by blocking the mall, which leads to the postponement of the admission tests of program two.

The financial restraints of the college are such that the administration hasn’t been able to upgrade or even maintain the existing college facilities. The amenities provided by the college have degraded to a point that the observers of the PCATP, taking notice of the facilities in the architecture department, have put its accreditation of the NCA, Lahore on hold. The PCATP is a licensing authority for architects in Pakistan, which means that after completing five years of education, the students of architecture at NCA, Lahore will not get a license to practice their craft. The PCATP maintains that their accreditation of the NCA is subject to the college improving its facilities to their satisfaction.

The college has reserved seats for all the provinces, Azad Jammu Kashmir and the Federally Administrated Tribal Areas. NCA conducts its admission tests in Lahore, Peshawar, Karachi and Quetta, which makes the admission process convenient for students from all over Pakistan. The college’s hostel facility provides for affordable accommodation for the students coming from interior Sindh, KPK, FATA, Gilgit-Baltistan and Balochistan, who belong mostly to the lower income classes. However, these reserved seats are limited, and their fees have been steadily escalating over the past few years, making them increasingly difficult for such students to avail.

The college is currently operating beyond its capacity in relation to the resources it possesses. For instance, the archaic administrative systems in operation in the college, such as manual record keeping, already cause weeks of delay in the day to day business of the college. Tasking the ill-equipped staff with the responsibility of handling an additional shift’s worth of work will further burden them, which will inevitably lead to chaos. An existing building, ostensibly to serve as a girls’ hostel, is currently lying unused and empty due to the college’s inability to secure its release from contractors by paying its dues.

The administration already raises the fees of every coming batch, even on the reserved seats, to deal with the unending financial problems of the college. This has already made NCA the most expensive public education institution in the country. This process has gradually been changing the college from an institution that educated the children of craftsmen, to a hip and cool place that caters only to the privileged.

The vibrant and dynamic culture of NCA is only because it attracts talent from across the country, irrespective of financial or ethnic divides. The integrity of this college is too important to be measured solely through monetary concerns. The college should not be driven towards mediocrity in order to solve mere financial issues. The character and identity of this college is sacred to its students, who view it as a second home, and will associate themselves forever as its alumni.

The government should make the creation of a competent board of governors a priority to deal with the institution’s academic and administrative activities. The other major problem for the institution is its financials. It shouldn’t be difficult for the government, of the sixth most populous and nuclear powered country of the world, to financially support an art college of only 700 to 800 students. It is the responsibility of the alumni and fellows of NCA, who are in positions where their voices aren’t left unnoticed, to talk about this crisis and bring it to attention. The national character of this institution, which is so frequently talked about, isn’t just some romantic ideal. However much we may espouse to such notions of idealism and character, at the end of the day, finances are the only concern of the college administration. It is high time that matters affecting the long term image of the National College of Arts were decided on a factor more befitting an institution of its calibre.

The writer is a student of architecture at the National College of Arts. He tweets @sajjad963 (twitter.com/sajjad963)