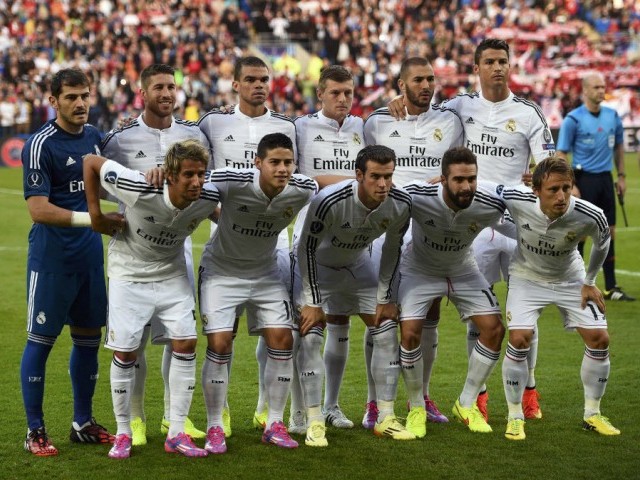 As the international break starts, club football fans are going through a period of frustration and agony, particularly those who follow Real Madrid.

Real Madrid has had an incredible run of form in the past couple of months – winning every game they’ve played since the loss against local rivals Atletico Madrid on September 13, 2014. Their unbeaten run in the past 13 games include matches against other football giants such as Barcelona, Liverpool and Villareal. What’s more amazing is the absolute dominance Real Madrid has on the field. From an impeccable mid-field to an ever improving defence, the team keeps getting better at each aspect of the game. But the feature of their game, which makes them absolutely outstanding, is their attacking potential.

Real Madrid players are known for their pace and brutal counter-attacking football. From the past couple of seasons the team has produced some astonishing counter-attacks which have left the opponents wide-eyed and helpless. The likes of Cristiano Ronaldo, Gareth Bale, Karim Benzema and the recent addition of, World Cup Golden Boot winner, James Rodriguez have further improved the team’s attacking potential. That and their innovative midfield, which includes Sami Khedira, Kroos and Luka Modric, further adds balance to the team. This form and the momentum the team’s carrying right now is a reflection to the year Real Madrid has had.

The year 2014 has been awards-galore for Real Madrid. From team achievements to individual awards, the club has decorated its trophy cabinet with a huge number of accolades. Starting from the 2013-2014 Copa del Rey trophy in May and the invaluable 10th Champions’ League title later that month. The team had a dicey pre-season but returned to the pitch by winning UEFA Super Cup in August. They did however, lose the Spanish Super Cup against Atletico Madrid but quickly recovered from the defeat. Inclusion of new players and transfer of vital ones like Angel Di Maria and Xabi Alonso had the team struggle at the beginning of the new season but as time goes by, Real Madrid has become better and stronger. Credit has to be given to coach Carlo Ancelloti for his exceptional coaching and mentoring.

Real Madrid players celebrate with Copa del Rey trophy on the pitch at the end of the match. Photo: AFP

While the team has won most of the trophies, the year has been extremely rewarding to Cristiano Ronaldo, who has won almost every individual award there is in club football. The Ballon d’Or, UEFA player of the year, European Golden Boot, La Liga Best Striker, Best Player and Best Goal awards along with the recent Pichichi Trophy and Di Stefanno Award have all been won by a player who has vowed to excel and improve with each passing year.

Not just that, the form Ronaldo is in right now makes him an undisputed candidate for another Ballon d’Or. Scoring a total of 21 goals since the start of the season, Ronaldo is currently leading the top scorer’s list in Europe, with 18 goals in La Liga and three in the Champions League. He’s already crossed the 50 goal mark for the calendar year with 51 goals in all competitive games. It can thus be safely said that Cristiano Ronaldo is currently the best player in the world with an ever improving form and skill set.

Cristiano Ronaldo with his award for scoring most number of goals in the La Liga last season. Photo: AFP

However, it is not just Cristiano Ronaldo having a taste of glory and triumph this season. Other players in the squad have also excelled at the La Liga awards. Sergio Ramos has won the La Liga’s Best Defender Award, Luka Modric with the Best Midfielder, Keylor Navas the Best Goalkeeper and Jese Rodriguez the Best Emerging Player awards. Almost every major award this year has made its way to the Los Galacticos.

The team currently sits at the top of the La Liga table with 27 points and has already qualified for the next round in the Champions’ League with an undisputed run in the group stages. With such a star-studded squad, equally brilliant coach and dominant play on the field, Real Madrid is potentially the strongest team in the world right now. It would take a Herculean effort for the opponents to beat a team that just keeps getting better and better.

But while the team is in great form, the international break, as always, poses an injury threat to the players. Khedira missed out on four months of football due to a knee injury in an international friendly match last season. Also, when the players return after a two week long break, the tempo and momentum always take a hit. That’s why international breaks are a nuisance, particularly for the Madridistas.

Real Madrid's La Decima: The dream is now a reality