Another conspiracy theory, another anti-Malala day 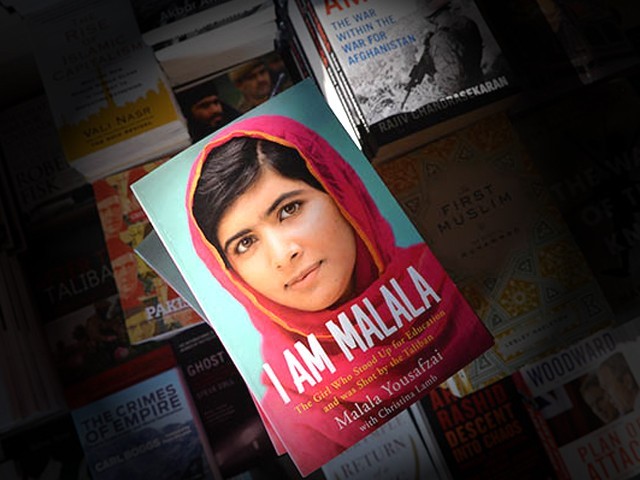 Yesterday, when I was browsing through the internet, two headlines caught my attention. First was that of a terrible suicide blast in Nigeria that killed 47 students and second was of Pakistan Schools’ Federation observing anti-Malala day where they blamed Malala for supporting controversial novelist Salman Rushdie.

A similar development took place last year as well when All Pakistan Private Schools Federation banned its members from buying Malala’s memoir claiming that it has anti-Islam and anti-Pakistan content.

What is more disappointing than observing such a magnitude of falsehood which is going around in loops since a long time and we find these school federations projecting the same. One wonders what is the point in targeting a teen who brought a Nobel Prize to the country and has been advocating for education all across the world while maintaining her identity as a proud Pakistani and a Muslim. It seems like she is yet again a target for bullets, not from the hands of the Taliban this time but from those who she stood for – her countrymen.

It will be fair to present a few excerpts from her book “I am Malala” so that readers themselves can judge the extent of its so-called anti-Pakistan and anti-Islam content.

1. Malala prays to Allah (SWT) to be taller

2. Malala’s mother reciting the Holy Quran when she was in hospital

3. Malala reciting the Ayatul Kursi and praying for humanity

4. Malala delightfully narrates a story about her Khatamul Quran

5. Malala at the first sight of Ka’aba

7. Malala speaks about Obama and the image of America

Source: I am Malala

Source: I am Malala

While the book has mentioned “Peace Be Upon Him” with the Prophet in the glossary, Malala apologised for not adding the phrase in her content saying,

“It was the publisher’s mistake, which will be amended in the next addition.”

Now, let’s take a look at one of the most serious allegations against Malala – supporting Rushdie. This blatant lie brought me to February 2008 when I attended a lecture by Karen Armstrong in Islamabad. Reflecting back to late 80s and recalling Rushdie’s controversial novel ‘Satanic Verses’, she said something like this,

“Observing the wave of violent protests, I thought this was not going to help in the long run. Many people in Europe had started searching for books to learn more about Islam after the publication of that novel. I felt it may be wise for Muslims to write books on the Prophet so that the West could understand Islam in a better way. When I found that no one else had availed that opportunity (to refute his novel), I myself decided to work on the biography of the Prophet Muhammad.”

The entire hall echoed with claps to appreciate Armstrong.

To philosophise it, there are always two sorts of discourses – emotional and intellectual. Armstrong talked of intellectual discourse. When I was reading Malala’s book, I found that she had mentioned that even though her father believed in freedom of speech, he found Rushdie’s novel offensive to Islam. He believed that Islam is strong enough and no (ill-intended) novel can bring any damage to it, further suggesting that they should respond with a book of their own.

In my opinion, to be fair, Rushdie’s post-modern fiction was condemnable in the strongest words. Since the novel was banned and was not actually on sale here, or several other countries, Ziauddin Yousafzai followed the same intellectual discourse as that of Armstrong. It is ludicrous to suggest that it was an endorsement of what Rushdie wrote in a deliberate attempt to target the sentiments of Muslims. If that had been the motive, Ziauddin would have never suggested writing a book to counter Rushdie.

It is disheartening to find many renowned journalists twisting her book and even quoting fake excerpts. For instance, Ansar Abbasi and Orya Maqbool Jan tried to frame Malala on blasphemy charge by ‘inventing’ a fake quote from her book.

Recently, a new propaganda against Malala came to surface on social media. There was a picture making rounds in which Malala was said to be standing next to Rushdie and Taslima Nasreen.

Malala with her colleagues – Salman Rushdi & Tasleema Nasreen So she don't know what they did? pic.twitter.com/PchM0Vfskb

The man next to Malala was not Rushdie but was, in fact, Martin Schulz a German politician and president of the European Parliament. The picture was taken from an event where Malala was awarded European Union’s prestigious Sakharov human rights prize in recognition of her fight for universal and equal access to education.

The extent of our hate can devour nations including ourselves.

And this is what Nasreen wrote about Malala:

“She shook my hand with expressionless face. I came from the Indian subcontinent, almost from the same background, fighting religious fundamentalists for women’s rights, but her expression tells me that it means nothing to her.”

Propaganda and manipulation has become a fatal weapon in today’s information war to support or malign someone. Anyone who has observed the hate campaign against Malala on social media can easily recall how a false sentence regarding burqa and beard was attributed to her soon after she was shot in the head. Then she was blamed of conspiring against the country with Richard Holbrooke, US Special Envoy to Pakistan and Afghanistan, when in reality Malala had requested Holbrooke to assist in promoting educational opportunities for girls in Pakistan. It was proven to be a part of a false propaganda as that picture was taken from a public meeting organised by UNICEF.

Since people were running out of conspiracy theories, it was later claimed that there was no assassination attempt and that all of it was staged. This was again proven wrong as Tehreek-e-Taliban Pakistan (TTP) itself accepted responsibility and threatened to target her again if she survives. Then came the invasion of photo-shopped images all across social media only further attempting to damage her more. Conspiracy theory enthusiasts, like well-controlled puppets, end up basking in such forged content and continue to sharing it with as many like-minded people as possible.

Unfortunately, like the many propagandists we have, it seems that even the so-called schools, part of the Pakistan School Federation, haven’t bothered to read her book at all, have relied on hearsay and have, ignorantly, pronounced her book anti-Islamic and even anti- state. The same anti-Malala propaganda that has been making rounds is being regurgitated and fed to our youth. Condemning this is not enough and I just hope that this blog will help people realise that what they are being taught to believe, this propaganda, this lie is just that, a lie. It is a narrative they wish to believe, but it is far from the truth; celebrating an anti-Malala day just shows how ignorant we can be as a nation, and the fact that it is being celebrated by the Pakistan School Federation is just deplorable.

The Pakistan Schools’ Federation owes Malala and all the school-going children an apology for misconstruing facts and spreading propaganda in school corridors. We need to be proud of our Nobel Laureate, we need to own Malala and strengthen her cause – not celebrate an anti-Malala day against a 17-year-old.