Death with Dignity is not suicide 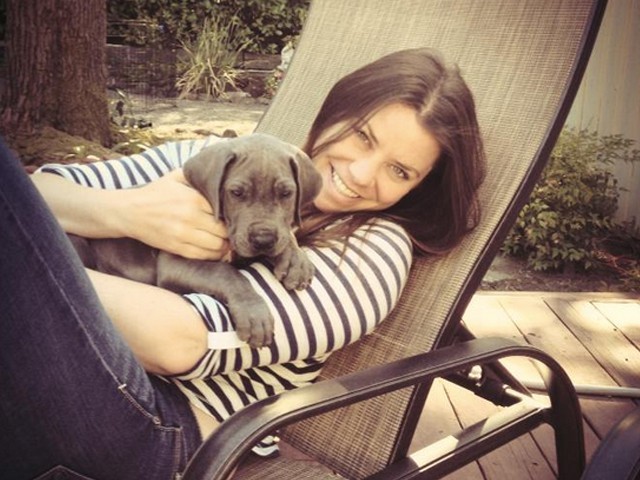 29-year-old Brittany Maynard decided to end her life in a dignified manner with the physician assisted suicide method under the Death with Dignity Act. PHOTO: AFP

“When your time comes to die, be not like those whose hearts are filled with fear of death, so that when their time comes they weep and pray for a little more time to live their lives over again in a different way. Sing your death song, and die like a hero going home.”

These words from Tecumseh sound entirely true for the 29-year-old newly-wed, Brittany Maynard, who has decided to end her life because of her incurable brain tumour. She moved to Oregon, one of the five states where physician assisted suicide is legal. But the process of moving to Oregon was not easy. She had to establish residency in the state, buy a home, make a new driver’s license and change voter’s list registration in order to be eligible for ‘Death with dignity’.

Death with Dignity is a law which makes it legal for physicians to give life ending pills to patients of terminally ill diseases. Currently, it is legal in five states of the United States with Oregon as the pioneer state to adopt the law. According to the state’s website,

“On October 27, 1997 Oregon enacted the Death with Dignity Act which allows terminally-ill Oregonians to end their lives through the voluntary self-administration of lethal medications, expressly prescribed by a physician for that purpose.”

There are a certain “eligibility” criteria for the law to be applied. The patient must be of 18 years or above, must be a resident of Oregon, must be mentally competent, the condition should be verified by two attending physicians and the expected life of the patient should be less than six months. These conditions are certainly not easy to fulfil. For patients outside Oregon, it is very tough to hit the mark. Up till now, 1,173 patients have been prescribed lethal pills under the Death with Dignity act and 752 have died as a result.

But why go through this process when the patient can end his/her life by hundreds and thousands of other ways that we hear of.

The patients who use this method are offended by the word “suicide”; they prefer the term “aid in dying”. Suicide means that they want to end their life, when in fact they are only hastening the inevitable agonising death; their fate has already been sealed by terminal illness. Suicide, on the other hand, is choosing death over life when one does have a “choice”. Remember, mental competence is a necessary condition to make use of the law.

Brittany has sparked a global debate over physician assisted suicides. She says that it’s an empowering feeling to know that this option exists, as we advocate the freedom to live our life as we wish, so should we have the right to end our lives as we want to. In an interview with CNN, Brittany says,

“My question is: who has the right to tell me that I don’t deserve this choice? That I deserve to suffer for weeks or months in tremendous amounts of physical and emotional pain? Why should anyone have the right to make that choice for me?”

A few days ago, Brittany took the medication and ended her life. Her final words were,

“Goodbye to all my dear friends and family that I love. Today is the day I have chosen to pass away with dignity in the face of my terminal illness, this terrible brain cancer that has taken so much from me … but would have taken so much more,” she wrote on Facebook. “The world is a beautiful place, travel has been my greatest teacher, my close friends and folks are the greatest givers. I even have a ring of support around my bed as I type … Goodbye world. Spread good energy. Pay it forward!”

While there are mixed opinions of doctors on this issue, the physicians in the US are supportive of the law. Nicholas L Gideonse, an assistant professor of family medicine at the Oregon Health and Science University, says,

“I think in some ways the discussion of ‘how much do patients value autonomy? So much that they might consider physician aid in dying’ drove us all towards better standards of palliative care. These things work together, a patient’s pursuit in aid of dying is not devaluing in anyway the work of really good palliative care. It enhances it.”

Topics like these are completely alien to Pakistan. Taking the number of conservatives we have in the country, aiding in dying is never going to be isolated from the negative connotations of suicide. With the current family structure, very few people would allow their loved ones to get these pills prescribed. But we have to understand that when the time comes, this should be an option for anyone who wishes for it to be. Legalising ‘aid in dying’ will not take people on a suicide spree, it will empower them. It will enable them to decide for themselves if they want a few more days of suffering or a peaceful death.

An Economics major at LUMS with interest in public policy. He hails from the plains of Charsadda, Khyber Pakhtunkhwa. He tweets as @mirsanaullah (twitter.com/MirSanaullah)