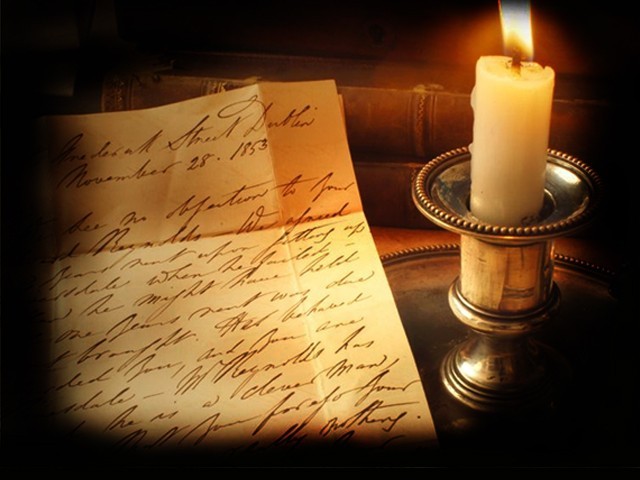 I saw a man lying on the floor who wasn't there before. He was the skinniest, most emaciated man you ever saw.

One day, I showed a letter to Hercules which my grandmother found in a drawer of this house.  It was dated June 1942.

It’s been a while since I wrote. The cook was away and we were at the club every day because nothing can persuade me to cook in this heat. All stoves are wretched of course, but these ones much more so. My respect for Indian haunches increases whenever I see our cook, all 200 pounds of him squatting at that blazing furnace for hours doing whatever it is one does with kedgerees and curries. And then if you please, he rises as easily as though off a sofa. I believe it’s those native toilets that people use here. You won’t believe it but one of the people Donald met actually takes a hookah (that’s one of those bubbling cigarette things on a stand with a long pipe I took for Mum when we were home last) and a newspaper with him, much as you or I would take a book. Quite a balancing act.

Speaking of balance, I’m wondering if I’m losing mine, mentally speaking, but you mustn’t tell Mum about this. I’m telling you because I have to talk to someone or I’ll go insane, if I’m not already.

You know those trees around our house? Donald and I would have turned up our toes a long time ago in this bloody heat if it weren’t for them. They believe here that spirits or djinns live on trees and I remember Gran saying the same thing, and honestly, I wonder if both of them may have a point. Because you know, every time I’m downstairs and Donald doesn’t have the blasted wireless on, I can hear bangs and creaks from above, as if those spirits had come down off the trees for a bit of a knees up upstairs.

The only wood in houses here are the doors, and the odd bit of panelling which our lot has made fashionable. So there is nothing to creak and no one besides us to bang around, so I have no idea what’s happening. I mentioned it to Donald but he put it down to the usual woman’s stuff. Someone should really get Winnie Churchill to pass a law against such statements.

Yesterday, I had to go up and make sure the guest room was clean for June and William; they’re over for the weekend. Usually I never go upstairs unless I have the houseboy with me, I’m too scared; but both he and the cook were away and the aaya is down with the collywobbles (they conspire against you, truly) so I had to go up by myself. And, my dear, I found my entire stock of linen, even those broderie anglaise covers that Mum gave us on the floor, as if someone had been throwing them around! I stormed into the study to check that room as well, and as soon as I opened the door, I realised that something was amiss there too.

Lily, it is so hot these days. I spend the whole day in those sun dresses you and I bought together in Chelsea. We’d be in Simla now if it weren’t for that absurd man who wears a towel; our boys suspect he has some kind of mass protest or something up his sleeve and they had to stay back to defuse it but perhaps I should not have mentioned this. Anyway, I didn’t want to leave without Donald, so we’re both stuck in Lahore, and it makes no kind of sense that when I went into the study it felt so cold in there, like the middle of December. I shivered and went to draw the curtains aside, to let in some sun, but they drew back across the window again, by themselves! And Lily, as I was coming back across the room, I saw a man on the floor who wasn’t there before… you either believe me or you don’t… he was the skinniest, most emaciated man you ever saw, as though he had not eaten for a month. His ribs stuck out and every bone was visible. He was dying. I cried out and ran towards the door and on the door there were words in a red liquid (blood?) They said,

I screamed and ran down for Donald and made him follow me upstairs. He went into the study ahead of me, turned around and said, ‘What?’ I went in then, but there was nothing there, no man, no words, no cold. And then of course, he started going on about woman’s stuff again. I made him shut up and listen, but he still talked over me. It was only when I told him about the words ‘Quit India’ that he quietened down, very suddenly, as though they meant something to him.

Donald told me to go over to the Maynard’s while he went to the office for a bit. That was yesterday and he’s still there. I came home this morning because today they all came back, the cook, the houseboy and the aaya. But I think I might ask Donald to think about selling and moving back to England. I’ve had enough of this country. Maybe we’ll be together for Christmas, what do you think? I’m dying to have crumpets again.

I looked at Hercules. He hadn’t said a word.

“Was that you on the floor?” I asked him. “And did you write those words?”

He looked at me, his gaze steady without a trace of the mockery it normally held.

“If your countrymen were starving, enslaved and oppressed would you be that man? And would you write such words?”

I lowered my eyes. My countrymen. There was no famine, but close… and were they any less enslaved and oppressed?

Part IV of the “Djinn” series will be published on Wednesday, November 19, 2014. Stay tuned to see how the story unfolds.