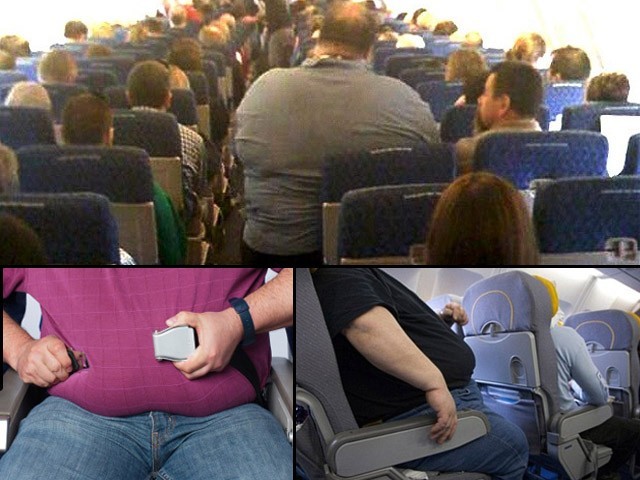 He introduced into his letter every fat-shaming cliché imaginable, from comparing the obese passenger to large animals, to exaggerated whining about his smell.

The hardest thing to do is to empathise with a person who is causing you inconvenience; to contain your righteous anger, with a self-reminder that the person doesn’t intend to bother you, and is probably as uneasy about the situation as you are.

Some time ago, Rich Wisken wrote an acerbic letter to the airline company, Jetstar, complaining about being made to sit next to an obese gentleman on a flight from Perth to Sydney. He’d spent the duration of his flight periodically arguing with the flight-attendants, and heaping insults on the passenger next to him.

In his letter to the company, he referred to the fat man as a “fleshy boulder” and an “infant hippopotamus”, and described his body odour in ways too uncultivated to be reproduced here. He introduced into his letter every fat-shaming cliché imaginable, from comparing the obese passenger to large animals, to exaggerated whining about his smell. He even insulted the female flight attendants for refusing to bow down to His Majesty in a borderline sexist way (sexism and fat-shaming often go hand in hand).

In a world where sensational write-ups and F-word carpet-bombings are highly sought, his letter went viral after he posted it onto his blog. You’ve likely heard many complaints about sitting next to fat passengers, who “overflow” into their adjacent seats. You’ve likely never heard fat people’s horror stories about being humiliated by rude passengers sitting next to them, because in our minds, we ‘deserve’ that humiliation.

Since the aforementioned flight incident, Rich Wisken’s letter has generated many laughs and enthusiastic nods. A precious few possess the empathy to condemn this horrid fat-shaming, and speak up in defence of the fat person. You may be surprised to find out that people don’t “choose” to be fat, to inconvenience you personally. Some people, for a myriad of genetic, medical and social reasons beyond their strict control, are unable to maintain a healthy weight as efficiently as others.

That does not mean they’re not trying. Not having a medal around your neck at the end of a race isn’t proof of you never having participated in the event. You tried your best, but you still didn’t win; that is not a criminal offense, and you don’t deserve lifelong mockery for it.

On a bus or a train, I prefer to stand than to sit next to another person, bearing his comfort in mind. And buying an extra ticket for yourself is not always an option, either due to the inordinately high expense or lack of seat availability (one can’t accommodate half his body on 24-K and the other half on 61-F).

I’ll be blunt: If I ever encounter a passenger as rude as Wisken on a bus or an airplane, I’d rather sit on him, than next to him quietly enduring his rudeness throughout the journey. I have no power to contract my body size mid-flight for his sake, but my fellow passenger has the option to be a little understanding, and act like an adult.