I guess #Nilofar and Karachi just weren’t meant to be… 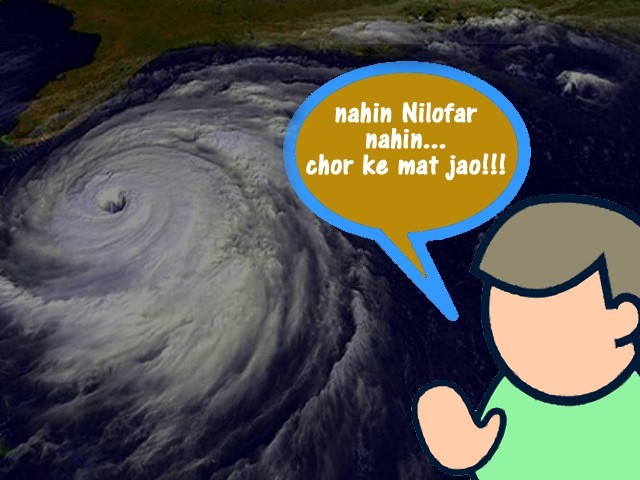 For the first time, the government and related authorities took pre-emptive measures to be ready for such natural disasters.

Nilofar has been messing with our heads and lives for a week now. It’s coming, it’s not coming. It’s severe, it’s very severe. It has weakened and will not be hitting Pakistan directly. It will rain in Karachi, it will not rain in Karachi. Make up your mind, woman!

While Sindh’s fate lay in the hands of a “woman”, we, Karachiites waited anxiously for her to grace us with her presence. This anxiousness is quite disturbing might I add. Generally, citizens of a soon-to-be-affected city start making preparations to stay safe during a natural disaster, but not us. No sir, we will go and look the disaster right between the eyes and face our fears, such is the… um… (dumb) resilience that manifests us. During all the recent cyclones that we have witnessed (almost) – Cyclone Phet in June 2010, Cyclone Jal in November 2010, Cyclone Keila in November 2011 – I was able to decipher one common denominator in all, the herd of people that gather at Sea View or at Sandspit and French beach, whether the cyclone is coming or not. Perhaps our wild dancing and in certain cases modelling scared them all away. Good one, Karachi, who knew that that was the plan all along!

But while some had been worried about Nilofar showing up and were busy taking necessary precautions, others took the panic and chaos to social media. Apparently Facebook and Twitter both have direct connections with God – so along with some prayers, there were some… umm… ‘worries’ people had.

1. A little party never killed nobody?! 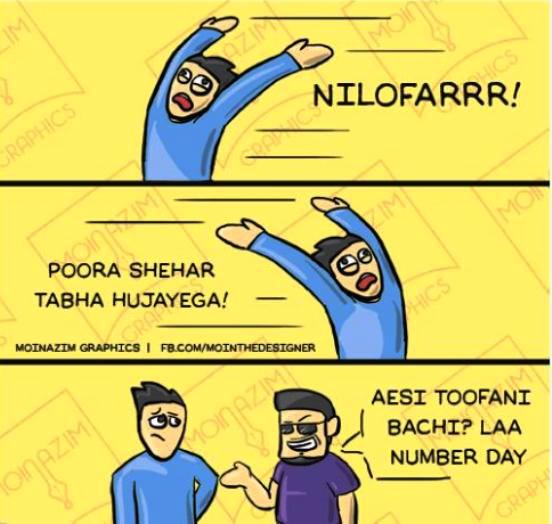 3. We love photography and yes, because we believe this 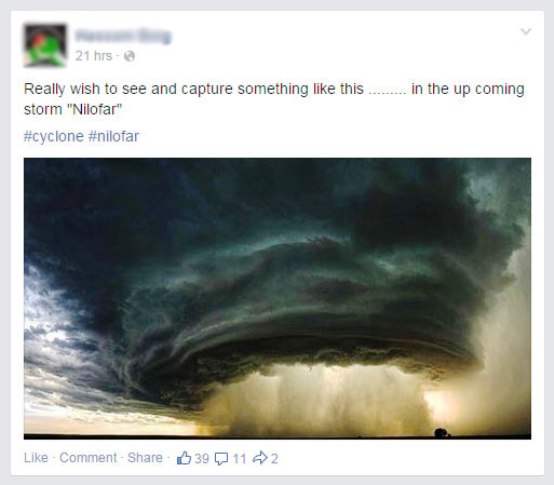 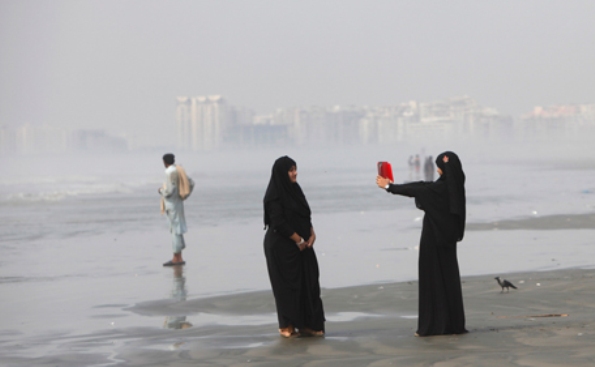 5. We have major FOMO (Feelings Of Missing Out) tendencies.

6. Could Nilofar be Tabdeeli’s long-lost sister?

7. It’s not Eid, and you will not get any Eidi. Let’s tone down the excitement!

8. This one made me really sad. I really do feel bad for the kids… It’s just unfair! 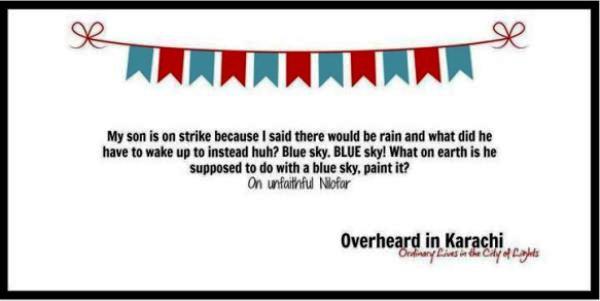 9. And then this happened. Umm… seriously?!

1. That awkward moment in which the Abdullah Shah Ghazi theory wins

Can't wait for this cyclone to hit so I can see all the "Abhi main nilofer kay saath naha raha hoon' tweets.

3. We are all entrepreneurs deep down.

I bet there's a designer in Pakistan who's dying to announce a Cyclone Nilofer Lawn Collection.

Why did Pakistan name the cyclone Nilofer? Because nobody would take Nasreen seriously

I'm reading about #Nilofar …. Won't lie, she sounds like my ex.

6. Deep issues come to the surface…

#Nilofar why must you keep me waiting and wondering like all the ladies I flirt with?

7. Because sadly, that is exactly what would actually have happened

8. Yes, let’s please make this an issue about women.

As a woman, I feel proud that hurricanes and cyclones are named after us. Wo kya hai naa ji, hum hain hi tabahi. #Nilofar

9. Seriously?! Was your social studies teacher mean to you?

Now we know why the Cyclone hitting the Arabian Sea seems so angry.. they named it #Nilofar. Nobody likes Nilofar.

There were a lot of discussions around why the cyclone was named “Nilofar”. Many women, who share the same name, have been the centre of jokes ever since their namesake started developing in the ocean. Nilofar, a 67-year-old housewife, says,

“Mentioning the cyclone in our house has become a joke since I share the same name. My grandchildren pulled out their umbrellas in front of me as soon as I entered the house yesterday.”

And here are the comments that followed: 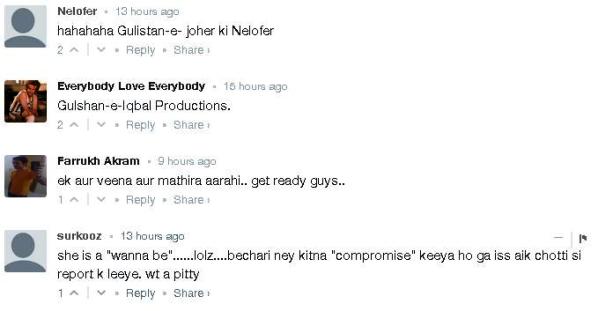 Clearly, the severity of the disaster surpassed our people. And we don’t let go of any opportunity, even if there isn’t one to grab. For the love of God, focus on the problem at hand, people!

But proudly enough, for the first time, the government and related authorities took pre-emptive measures to be ready for such natural disasters. Precautionary evacuation was enforced, drains were cleared so water wouldn’t get collected and flood streets, and all loose structures, billboards mounted on tall poles and any hoardings which could fall due to high-pressure winds were removed. But, all in vain. There, there!

Oh well, at least we know that things are beginning to be taken seriously… somewhat.