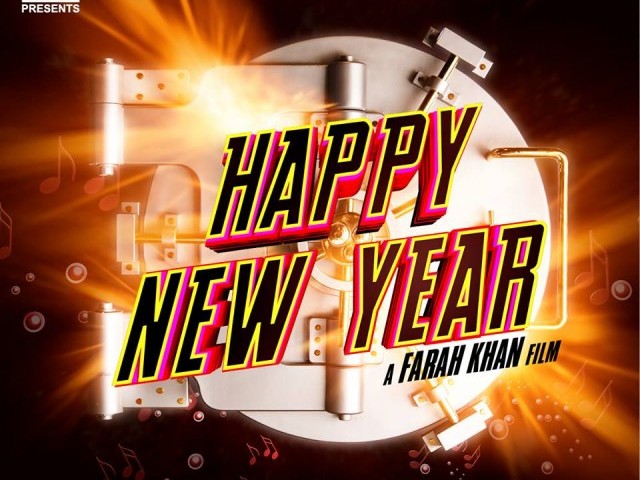 Plot wise, Happy New Year is a disaster. There are too many loopholes in the storyline. PHOTO: HAPPY NEW YEAR OFFICIAL FACEBOOK PAGE

Farah Khan (the choreographer-turned-director) brings another enterprise titled Happy New Year, with her ever-favourite ‘superstar’ Shahrukh Khan. A brief introduction to Happy New Year is that it’s produced by Shahrukh and Ghauri Khan, is overstuffed with actors and is a tale of revenge.

Charlie (Shahrukh Khan) plans to take vengeance from Charan Grover (Jackie Shroff), because of whom his innocent father (Anupam Kher) was locked behind bars for 12 years.

Plot wise, Happy New Year is a disaster. There are too many loopholes in the storyline. The jokes showcased are close to movies like Sajid Khan’s Himmatwala and Humshakals – substandard and barely comical. For instance, Abhishek puking anywhere and anytime is considered hilarious. Shahrukh and Boman are seen dancing with their behinds thrusting out with weird expressions on their faces, all this in an attempt to be comical. And as a cherry on top, the film is strewn with racial and ethnic jokes – all done in bad taste.

Sonu, who has impaired hearing, can’t hear what the baddies say from inches away but can easily hear what Shahrukh tells him from miles away. A lot of scenes in the movie lack all logical sense and these are just a few of the blunders I’ve mentioned. The movie has dozens more.

Just like any other Farah Khan movie, Happy New Year is filled with guest appearances of different celebrities. You come across the likes of Dino Morea, Sajid Khan, Malaika Arora, Prabhu Deva and Anurag Kashyap. I’ve never understood the purpose of doing this.

Also, audiences should know that Happy New Year is not a performance-oriented movie; it is a celebrity-oriented film. Tasteless performances and no good songs to back them up either!

Watch it for Shahrukh’s eight-abs, Sonu’s hunk of a body, Deepika’s alluring beauty (minus her acting skills), Boman’s typical Parsi-ish delivery and Abhishek’s over-acting. But don’t expect it to be a good movie.

Even with all these flaws, the movie did pretty well at the box office and managed to enter in the INR 100-crore club. Happy New Year collected INR 42.62 crore on Friday (the day it was released), INR 30.42 crore on Saturday and INR 31.06 crore on Sunday; which means the film earned a total of INR 104.10 crore within the first three days of its release.

What this movie proved, unfortunately, was that even a tasteless, senseless and below-average movie like Happy New Year can enter the INR 100-crore club, if it has Shahrukh Khan in it.