O’ Canada, we (immigrants) stand on guard for thee! 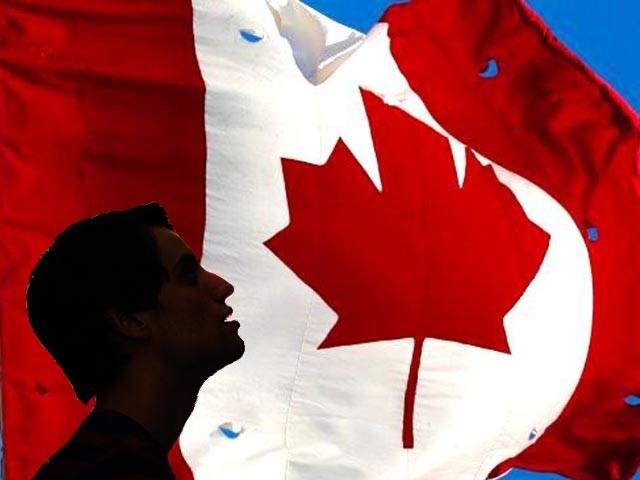 Canada all I can say is I have faith in you. I haven't been here long, but my love for you is pure and ever-growing. PHOTO: REUTERS

If you are from Pakistan, a random suicide attack or senseless bouts of bloodshed are normal in all abnormal ways possible. Usually, a few selected cities and areas are targeted while the other parts of the country go on with life.

However innocent blood is always shed and Pakistan is made out to be a no-go-zone in international news. This is a tragic reality that Pakistan has to crawl its way through every day. As a new immigrant in Canada, I imagine a life of peace and harmony because, let’s face it, that’s a given.

Terrorists attack Montreal and Ottawa and you get served with a vaguely familiar entrée on your plate – the smells of disbelief and déjà vu jolt your nerves.

The terrorist debate is an endless one. The reasons and causes have been regurgitated and coughed up time and again because, admittedly, this issue is not as passive and conspiracy-free as global warming. I am no political analyst and I don’t sip on bubbling hot conspiracies all day long. So I can’t possibly ooze out wisdom here on the why’s and how’s of terrorism. Nor do I intend to toot Canada’s righteous horn. Canada is not perfect and history of the aboriginals and their ill-treatment is a sad fact. Canada’s history of fighting in Afghanistan and now the decision to fight in Iraq is also debatable. But from a layman’s perspective, as a new immigrant who loves her new home, I can’t help but write my concerns.

I have met an overwhelming level of warmth in Canada, not usually in the temperature but in people’s hearts. Specifically in my city where people roam around in beards and hijabs as casually as do people with western attire. The same applies to people practicing their religions. I see mosques, churches, temples. I see people speaking English, Urdu, Hindi, Chinese. I see all the colours of the world painting Canada’s skies with harmony. I never see any heads turning when a seemingly different person enters the bus. Many people will have different versions of this story but this is my experience and so far it is downright awesome.

When I hear of attacks in Canada, I feel disgusted, angry and then I feel a tinge of fear. Fear of a life that could be different and more rigid than the one I have grown to love. Nagging thoughts of how Canada might make drastic changes in their governance policies cling on. Canada already understands many important facts, I hope this mutual understanding and cooperation continues. Every Muslim is not a rabid animal out to attack humanity. Every non-Muslim who converts to Islam is not a cause for a moral and ethical dissection. The ISIS and Taliban are not an epitome of Islam; I wouldn’t even brand them as humans. Muslims in Canada need to play an integral role here, they need to come out and speak against these attacks. To let the world know of their love for Canada, a country that has given them plenty to be thankful for.

Should students from Pakistan, Iran, and Afghanistan be wary of applying to Canadian universities?

Should family back home think twice before applying for the Canadian visa?

Will feelings of anger and resentment seep into those affected by changed policies?

The sick feeling in my stomach returns.

In retrospect, the Liberal Party leader, Justin Trudeau, stands firm in the belief that the attackers,

“Will not make the rules about this land we share and they will not get to change us.”

The New Democratic Party leader, Thomas Muclair, urges the ruling Conservative Party to think before rushing into a rigid security legislation that could permanently damage the inherent openness and flexibility of the Canadian way of living.

The Canada I love is all about freedom and acceptance. It would be devastating to see Canada surrender its existing stance because of the Ottawa shootings, because that is precisely the attackers’ aim- to inhibit normal life and imbue seeds of fear in common people. Even in Pakistan, there is a limit to the fear we show to the world, in fact we rarely ever show it and that’s where our greatness lies. Controlled anger and the will to fight on is always a better replacement. Attacks or no attacks, normal life carries on back home with increased vigour and determination. And so it should in Canada too.

Canada, in the end, all I can say is I have faith in you. I haven’t been here long, but my love for you is pure and ever-growing. I understand the impossible situation you find yourself in. This is why I believe you will do what is right for your people; your people, who are Muslims, Christians, Hindus, Buddhists and atheists, etcetera. Your people, who practice their faiths with abandon and live with joy and freedom. You have the right to strengthen and mould your security and intelligence capabilities according to the circumstances. But while doing so, I hope you will continue to look out for your people because they will surely stand with you all the way.

God keep our land, glorious and free.
O’ Canada, we stand on guard for thee!