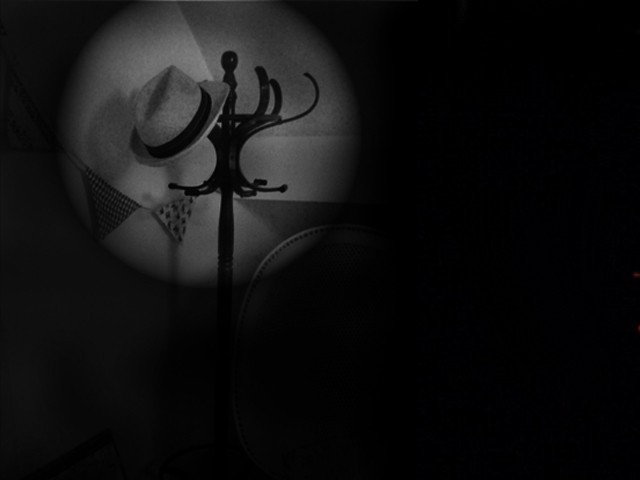 I did as he wished, making him promise he'd come back for a chat again. He agreed and walked back into the stand.

The Pattersons, an English couple and previous owners of my grandparents’ house, had returned to where they had come from when their countrymen left India. There’s a picture of them on the landing; she is sitting on a deck chair in shorts while he is hanging over the back in white flannels with a chota peg in hand. Both of them appear to be sun-streaked blondes, the “dahling”, coffee party types.

My grandmother, on the other hand, modelled herself as the ideal woman in her Bahishti zewar (heavenly ornaments) which meant that the sun rose on my grandfather’s… well from his ears, give or take a letter, and set there too. My grandmother’s hair was not sun-streaked because it never saw the sun.

There were huge, old trees everywhere in the neighbourhood; many would be surrounding my grandparents’ green shuttered house as well. The English couple’s yearning for sunlight had obviously been overridden by the heat of their adoptive enslaved land and thus they decided to let the trees be. And since legend has it that djinns occupy massive, old trees, a djinn was said to live in this house.

The idea of a djinn’s presence made each successive occupant of the house rather nervous. Even though I had discovered a letter, dated June 1942, in a drawer expressing the occupant’s fear of a presence, it was exciting enough to render the house conspicuous. The letter read,

Our relatives called my grandparents’ house a “Jinnon walla ghar” (house of djinns) and the reflected glory gave my grandfather, rather a quiet individual, a degree of importance amongst his acquaintance.

No one had actually seen one of these djinns, until in the light of one slatted afternoon. I was feeling a bit drowsy and so I left my computer to entertain myself by trying on my grandfather’s hats, which hung on an old wooden stand in the corner. I discarded a khaki pith helmet in favour of a white one and then tilted the base of the stand to inspect a drawer that had been built into its base, perhaps for softer caps or scarves. Tilting the stand made one of the hats slip off its peg, which fell to the ground with a thunk. I slipped it back onto the hook but it fell again as I moved away. I bent to pick it up yet again and noticed the stand wobble a bit. Thinking the floor under it may be uneven, I edged the stand onto another spot and a voice peevishly said,

Hats skittered across the floor as I let go of the stand. A figure all of six inches high fell out of the drawer. A large black veil with a gauzy inset for the eyes covered its face. Below this, the creature wore a bikini and a pair of large black and white spats.

Theatrically holding a hand to its forehead, it said,

It stood up, tripped over the veil and fell onto a hat, squashing it flat.

I found it hard to believe it.

Childhood tales and visions of djinn – a gigantic moustachioed personage with a ‘Ho Ho Ho’ voice –died a mocking death.

I wished my words unsaid even as I spoke. I added hastily,

“I mean are… are you cold? Should I get you something warmer?”

“Djinns never feel cold,” he said loftily. “And these belonged to my first people,” he gestured towards the bikini and the shoes, “And this to your grandmother,” pointing towards the veil.

Before I could stop myself, I asked,

“Nothing of my grandfather’s?”

“I live in the middle of his hats!” he snapped. “He used Brylcreem, you know, lots of it! I don’t need more of him!”

“But aren’t you a man… I mean a man djinn… so the bikini and the veil?”

“Yes I’m a male, what of it? Must you be a woman to wear a bikini? Your grandmother would be thrilled,” he snickered. “And do you ever know who’s behind a veil?  What does that matter then?”

I gestured my assent.

“If you have to wear something of my grandmother’s, why not wear it around your neck or your waist though?”

“What good is a veil around my neck?” he scoffed.

“What good is a veil across the face?” I shot back, “except to get tangled in your feet and make you fall down.”

I realised that was a bit below the belt. But he shrugged,

“That’s true,” I said, thinking of some things myself.

“And you often condemn what you’ve never tried,” he added.

“Have you ever worn a veil?”

I shook my head.

I shook my head again.

He spread out his hands in a gesture that said ‘Q E D’.

“But I don’t think anyone should wear it either,” I persisted. “I know you say if I don’t wear them, I’d condemn them but I’m not condemning them, just questioning them.”

“Well, that’s a refreshing change at least. So what’s wrong with a bikini?”

The djinn settled back on his hat, clearly humouring me.

“So, that probably happens all the time,” I said. “So you can never plough a field or ride a horse or work in a factory if you have a cloth hanging off your face.”

“Like there are factories and horses and factories behind every peg in my stand,” he said, rolling his eyes.

“Yes, but what if there were?” I persisted. “You could never work in them.”

“Right now mister, I wish only to have a cup of tea and my afternoon nap. Kindly pick up that stand and let me back inside.”

I did as he wished, making him promise he’d come back for a chat again. He agreed and walked back into the stand but popped his head out a second later.

“You don’t even know my name!” he said mockingly.

He was right, I asked him what it was, but he laughed.

“You couldn’t get past my clothes. You’re all the same. Ask me next time.”

He waved, and this time he was really gone.

Part II of  Series 2: “The Djinn” will be published on Wednesday, November 5, 2014. Stay tuned to see how the story unfolds!