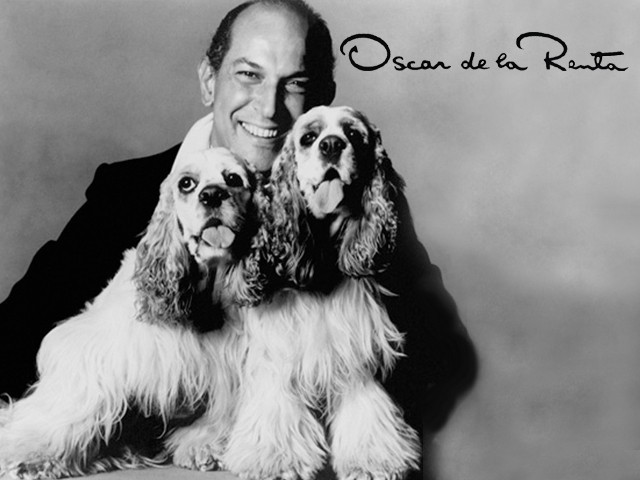 Oscar de la Renta passed away at the age of 82, leaving behind a legacy that will forever be timeless. PHOTO: VOGUE

Gentlemen, gallant, extraordinary. These are the words which come to mind when Oscar de la Renta is mentioned. A man so great, he could make ordinary women feel extraordinary in his creations.

With an experience in fashion which would be any budding designers dream résumé, Mr de la Renta was born in Santo Domingo in the early 30s. He moved to Spain at the age of 19 where he worked with Balenciaga, followed by an offer to work at Christian Dior. He turned down the proposition to work at Lanvin for two years, eventually making his way to America. In the land of opportunities, he started working for Elizabeth Arden for a few years, followed by Jane Derby and Balmain. After getting sufficient experience, Mr de la Renta made his entrée as a couturier in the 90s.

He has dressed many First Ladies like Jacqueline Kennedy, Hillary Clinton, Michelle Obama, Nancy Reagan and Laura Bush, and many high profile celebrities like Sarah Jessica Parker and the recent Mrs George Clooney, Amal Alamuddin for her wedding.

But as fate has it, the great de la Renta passed away a couple of days ago at the age of 82. It has been widely known that he had been battling cancer since 2006, but still kept working till the very end.

His son-in-law and CEO of Oscar de la Renta, Alex,  along with his daughter, Eliza Reed posted a statement in the event of his death, saying,

“He died exactly as he lived: with tremendous grace, great dignity and very much on his own terms… While our hearts are broken by the idea of life without Oscar, he is still very much with us.”

A few quotes from his counterparts in the fashion world and other big names include:

“He loved flowers and he made women feel like flowers. He was a Renaissance man, the most elegant man, who befriended and was as beloved by queens and first ladies, as by seamstresses and gardeners. He was compassionate, generous and a great philanthropist. A leader in the industry, he connected with people of all ages.”

“America has lost a brilliant, enduring talent and a true gentleman. Oscar was a fashion legend but he was also my friend for nearly 50 years. I admired him greatly as a kind, gracious individual with a generous spirit who brought beauty and elegance to everything he touched. My prayers are with Annette and the entire de la Renta family during this time of loss.”

“He was determined to come to [my son] Charlie’s wedding, but was sent by his assistant to the wrong airport. Yet he turned up with a smile and kiss at the last minute to put the veil on Elizabeth and send her down the aisle in the dress of her dreams. Every girl’s dream.”

As a fashion student, de la Renta’s work was an inspiration because of his clean cut silhouettes. The construction of his garments were so precise, it is rare for a student not to be in awe of his work.

My favourite collection is his fall/winter 1992. It is still as glamorous and relevant as it was then.

Just like his work, he was and will always remain timeless.

“Never, ever confuse what happens on a runway with fashion. A runway is spectacle. It’s only fashion when a woman puts it on. Being well dressed hasn’t much to do with having good clothes. It’s a question of good balance and good common sense.” – Oscar de la Renta

A fashion/ design consultant at Nomi Ansari who paints in her free time. She tweets @farah_vayani (twitter.com/farah_vayani)