I was hopeful today… 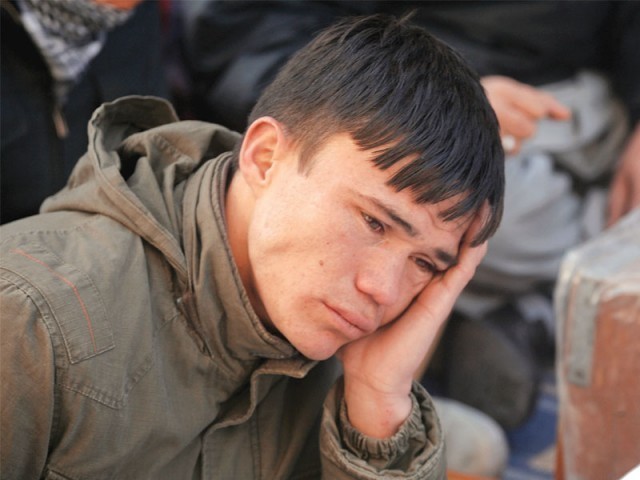 Living in this open prison of Quetta, haunted by memories of death, blood and pain, and after losing many friends and loved ones, we need to move on. PHOTO: FILE

It was 6am when my alarm went off. I woke up to it, got off my bed, performed wuzu and then offered my prayers. At 6:30am, as usual, I decided to go out for a refreshing morning walk. It seemed like an ordinary morning – just like any other day.

Whilst on my walk, my phone beeped informing me that I had received a text message from a friend of mine. The message greeted me “good morning” and read:

“If you fail to achieve your dreams, change your ways but not your principles, as trees change their leaves, not their roots.”

Instantly, a smile spread across my face. Such minor gestures of hope were much-needed for the likes of us, especially considering the city we lived in. The Hazaras of Quetta do not have it easy, and we take up whatever scraps of hope we can find to keep going. I decided to post the quote as my Facebook status and spread the hope and optimism around. Within a few minutes, it got many likes and comments, and I smiled again, knowing that I wasn’t alone in valuing these little anecdotes of sanguinity.

That’s the thing with hope, it’s contagious. It wriggles its way into your life without you even realising it and makes you want to live more. However, at times, it goes away just as quickly as it comes. And that’s exactly what happened today.

Around 9:30am, I got another text message from a different colleague. This one, however, did not bring any dose of hope. In fact, it was quite the opposite. As soon as I read the text, I felt a sense of numbness taking over. Perhaps that’s how it feels when hope leaves your body.

I went straight back home to check and confirm the news – it was true. It had happened. Another attack on our people… on my people. But while the news bulletin howled away details of the sickening tragedy, my mind had already strolled away to a memory from almost two years ago – a memory of another, similar attack.

In 2012, a bus of the Balochistan University of Information Technology, Engineering and Management Sciences (BUITEMS) was hit by a suicide car bomb blast that was a targeted attack on the Hazara community. In that tragedy, four people lost their lives while 72 others got injured, and out of those 72, one was my brother.

When we received the news, I remember how my mother ran frantically to our neighbours to confirm what had happened to the bus, while my father and uncle hysterically went about town, from one hospital to another, in search of my brother.

Thankfully, the attack didn’t harm him much and he was able to survive it with just a few, minor, physical injuries. But the toll that it did take was psychological and emotional, from that day onwards, he refused to enter BUITEMS. It took him a year to recover and then he decided to enrol himself in another university, one near our residence. Even though this university isn’t as good as BUITEMS, he’s making do with whatever he can.

It wasn’t just my brother who was affected though; my entire family was shaken up by the incident. My father decided to leave retire – although there were still a few years before his retirement age – because the area where his workplace was located, at Qeso, was not safe for us. The fear induced by this trauma has forced us to survive on my father’s pension, which is not enough for a family of six.

Today, as I sit in front of the television, I wonder how many parents and relatives must be pacing around hospitals – just liked we did – trying to find their loved ones, not knowing if they’re even alive or not. And I think of all the people who went through this tragedy today and will never be the same again.

The feeling of knowing that you are being targeted because of your race is truly horrifying, and living with it is nothing less than a nightmare. It has been a nightmare for the Hazaras of Quetta for quite some time now.

But that’s how life works for us.

It was important for me to not lose hope back then, to not let go of my shredded, tattered optimism, and to not give in to the darkness that has surrounded almost every Hazara household in Quetta. And that’s exactly what my advice will be for the survivors and families of the deceased – to not give in to that darkness.

The writer is a Bachelors of Commerce, who is currently pursing a Masters degree in International Relations.