In defence of Bilawal’s vocal cords 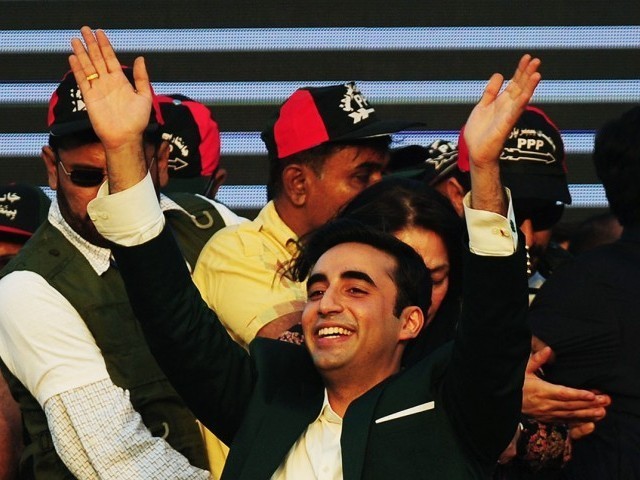 we need a better class of voters, who consciously wave aside irrelevant information about political candidates and leaders, and focus on things that truly matter. PHOTO: AFP

Let’s face it; there may be legitimate complaints out there to lodge against Bilawal Bhutto as an emerging politician. An allegedly ‘girly’ voice does not qualify as a ‘legitimate’ political complaint, or even as a ‘harmless’ joke.

The things that make us laugh make a statement about us and how we perceive the world. Consider the anatomy of an ‘insult’, and the part of it that actually causes the sting.

Why is it insulting to Photoshop a detested politician’s face onto the body of a mule, but not the body of a lion? Because the mule, in our perspective, is a lowly being, while the lion obviously isn’t. What constitutes a ‘slam’ is a person’s comparison to something notably inferior.

Following Bilawal’s speech at Pakistan Peoples Party’s (PPP) grand rally, the internet’s been flooded with both professional and amateur analyses of its quality and content. I was deeply bothered, if not surprised, by social media’s reaction to a viral video featuring Bilawal speaking in an effeminate manner.

This is not the first time Bilawal, or any male politician, has been mocked for exhibiting feminine behaviour. The internet has been ‘LOLing’ and ‘ROFLing’ for a long time over pictures of Shahbaz Sharif looking ‘womanly’ while inspecting flood damage, or photoshopped images of Nawaz Sharif dressed as a woman, or Imran Khan inadvertently looking feminine while mocking Mehmood Khan Achakzai during his speech.

It is insulting to portray a male politician as feminine, because ‘femininity’ is an insult. It denotes weakness, cowardice and even incompetence.

Why am I supposed to laugh at Bilawal “looking like a woman”?

What is it about a “woman” that’s so rib-crackingly hilarious that makes it appropriate for me to point and laugh at a man resembling a female?

It’s worth noting that misogyny isn’t a uniquely Pakistani quirk. Margaret Thatcher did not become the ‘Iron Lady’ without first undergoing extensive training to lower her vocal pitch. Ed Miliband of the Labour Party, it is said, went as far as to have his adenoids surgically removed, to make his voice less nasal and more ‘manly’.

Studies show that people associate deeper voices with better leadership skills, and respond less positively to high-pitched voices. The reason that we are “all about the bass, no treble”, as the popular song goes, may well be because, in a patriarchal world, a low-pitched ‘masculine’ sound is more reassuring than a feminine one.

Pakistan seems to be afflicted with a somewhat uglier strain of the same global malady.

Bilawal Bhutto has quite a legacy to consider, and to effectively reap the benefits of that political legacy, he likely feels compelled to deliver robust speeches like his grandfather. Alas, his voice box seems optimised for a softer, more solemn tone that cracks when pushed too loud or too deep. Either way, the pitch of his voice should not be allowed to determine the fate of his, or any politician’s, career.

We need more than just a better class of politicians; we need a better class of voters, who consciously wave aside irrelevant information about political candidates and leaders, and focus on things that truly matter.