Kids will be kids: Why Bilawal Bhutto failed to deliver 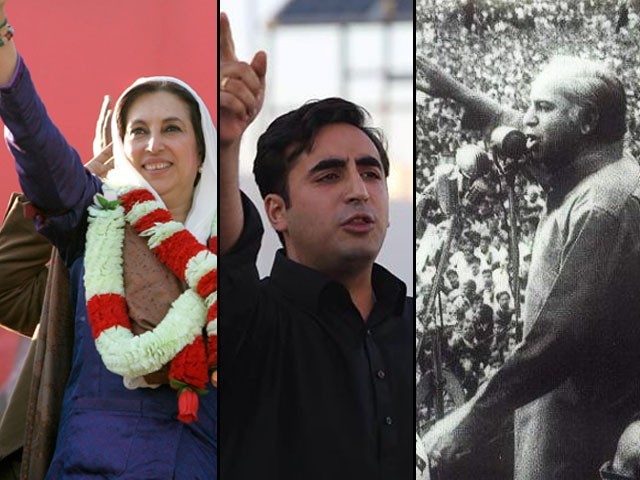 Though Bilawal was speaking like his mother, he lacked that traditional Bhutto flare – the drive or the passion.

The much awaited and highly publicised Bilawal Bhutto rally in Bagh-e-Jinnah, Karachi, on October 18, 2014, occurred on time but fell greatly short of the mark, considering it was the launch of Bilawal’s political career. Needless to say, it failed to deliver the punch as the grand coronation of the next Pakistan Peoples Party (PPP) leader, the son of Benazir Bhutto and the grandson of Zulfikar Ali Bhutto (ZAB).

Besides the tens and thousands of Pakistanis who had been squeezed out from the internal nooks and crannies of Sindh to lend credence to the ‘Bhutto power’ and the 13 containers that had been joined together to create the colossal stage, there was little in the speech itself to ‘awe’ the mind.

No doubt, a supreme effort was put into the actual planning and management of the affair. But as soon as the oration began, the lure and the intrigue kind of ebbed away. His speech was hollow; the promises, though literally grand, lacked that thunder of conviction to thrust the much needed ‘life’ into the crowd. Frankly, the tone didn’t match his promises and his entry from a helicopter failed to align him with the masses.

As the speech progressed, it became more and more obvious that he had been plonked on the stage on the mere hunch that Bhutto power alone was enough to catapult him to glory.

In his style of oration – perhaps now more than ever before, since it was a much longer speech – it was obvious that he had taken pains to conquer a monumental task called Urdu. If a grand future as the PPP’s sovereign had been envisaged for him, critical fore-planning should have included steeping him from the start in the language of the ‘people’. PPP represents the masses, the uneducated, the crushed, the hungry and the suffering. But when your leader makes amusing errors of masculine and feminine grammar, it is hard to remind yourself that it is a serious speech. Yes, he has grown up in the West. But so have tens of other children who speak perfect Urdu and know their gender nouns very well.

In terms of delivery, anyone who has seen his mother speak could instantly identify his style with hers. He was Benazir all over again. Perhaps even down to the grammatical errors that she too used to make. But it would have been better if he had opted to copy his grandfather, Zulfikar Ali Bhutto, rather than his mother. Not to say that she wasn’t a brilliant and much commented upon orator herself but ZAB was, if nothing else, a dynamic orator with an energy that remained unabated even after hours of speaking. He rarely repeated himself and the mere conviction of his words had the crowds in an uproar. The vigour and effervescence just oozed out of him.

Had Bilawal copied his grandfather’s style, he might have been able to inject some of that vitality into the swarm of people before him on the night of the 18th. But though he was speaking like his mother, he lacked that traditional Bhutto flare – the drive or the passion.

As the speech progressed, despite all the promises and repeated calls of Bhuttoism and pledges to align all provinces, the public remained languid. Not only this but even the crowd of PPP stalwarts surrounding the new king were mum, not even joining voices with the multitude of creative naray (slogans) he had for the occasion. None of them coaxed or egged on the masses to join in either. In fact, Bilawal was left alone with his diction errors, and grand promises, but minus the force of rhetoric that would have made his promises credible, convincing and ‘heard’.

Benazir’s innate enthusiasm, zest and dynamism of delivery were identified with immediately. She too came in iron clad cars, was educated abroad and was groomed for the throne by her father. But she shared the political beliefs of her father and this is what made her the leader that she was. Her constituency aligned itself with her. The masses believed her. Her flaws in language took second stage to her zeal. Even those who did not believe in her promises listened to her, just for the fun of it, as she was a pleasure to hear. Bilawal’s lack of air and loud yet lacklustre delivery left even the ones around him on the majestic stage unstirred. The son sounded unapproachable, distant, and so alien. In direct contrast to the mother and the grandfather, who became part of the people – they became the people.

An orator’s greatest power is when his words not only reflect the feelings of his listeners but whose passion complements that of the crowd as well. The crowd will forgive a speech fraught with errors, it will ignore the repetition of ideas and promises, and it will stand listening for hours. But if the speech fails to echo the main reason why they are even there in the first place, and if the speaker is a distant personality merely pushing out words through a mike, the game is lost entirely.

Kids will be kids, as Bilawal disappointingly demonstrated. Let’s focus on getting older before playing politics-politics in Pakistan. It is a vile game and we are a very unforgiving nation.