Muslim is the new black 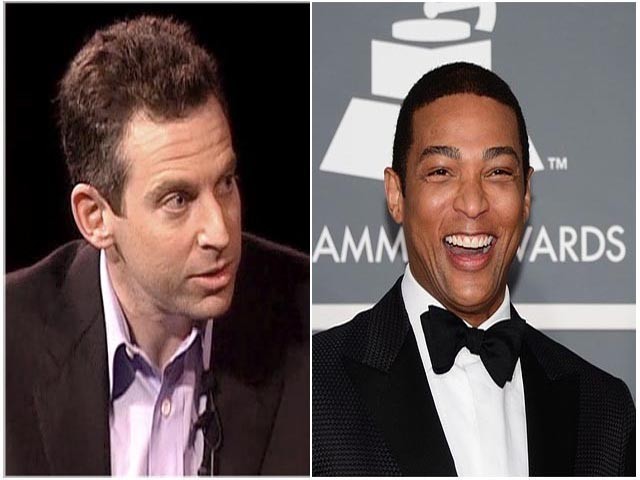 This past Monday I watched CNN’s Don Lemon question Sam Harris sympathetically, almost apologetically, about Ben Affleck’s defence of the Muslims of the world.

Lemon asked Harris loaded questions, encouraging him to spew his ignorant half-true rhetoric about Islam. And this claim I do not make condescendingly, rather Harris’ knowledge appeared lacking because of its biased subjectivity rather than studied objectivity on the subject of Islam, his simplistic rambling sounded amateurish and very myopic.

A discussion on religion within the same religion is fundamentally complicated, let alone in comparison to other religions, hence to make the dialogue intellectual and fair, the media must play a responsible role and have a scholar on Islam to discuss it, or at least defend it, rather than an atheist who gets his knowledge about Islam from Fox News.

To seek clarification on the claims that Harris made, I talked to a prominent Islamic scholar, Dr Aslam Abdullah. Harris claimed that the concept of jihad, martyrdom, sex slaves and death to apostates are central to the doctrine and practice of Islam, unlike any other faith. Also, he clearly stated that such verses must be ‘retired and shelved’ from the Quran.

To this Dr Aslam says,

“Harris made the pivotal mistake of singling Quranic verses out of their historical context, a mistake that extremists also commit. The verses referring to fighting the enemies refer to a condition where the animosity of the power elites against the emerging movement of dignity and peace led by Muslims had assumed a violent situation. It is in this context that Muslims were asked to defend themselves. ‘Infidel’ is a term that Harris used; a term nowhere to be found in the Quran or Hadith, however the term that the Quran uses to describe those who reject the Muslim call of peace and dignity is kafir, which literally means those who consciously cover up the truth.

Harris missed the basic Quranic principles of peace, compassion and mercy. The Quran does not call for the death of apostates, or aggressive or preventive wars, however it allows the community to take up arms under the authority of legitimate elected Muslim rulers for defensive purposes only; to stand up against all those who are violently bent on destroying peace. If a country practices stoning to death, or kills apostates, it is a problem of that country and not Islam, this imperative distinction must be made. Islam in its concept of martyrdom emphasises the principle that America takes pride in: give me liberty or give me death.”

Talking on the issue of sex slaves and concubines, Dr Aslam Abdullah opines,

“In pre-Islamic times, it was a common practice to sexually and physically exploit those who were considered slaves; it was norm of the times to treat them as sex slaves. The dawn of Islam established the rules of marriage and declared physical relations outside the marriage as illegitimate. Islam encouraged the previous owners of female slaves to free them and give them the option to marry whomever they wanted to marry. Sex slavery was abolished. Islam also abolished the idea of prisoners of war to be taken as sex slaves. It asked the Muslims to either return the prisoners voluntarily or in exchange of Muslim prisoners. Harris got it entirely wrong on this issue.”

And on various other issues, one might add. The Islamic faith should not be held responsible for a historical narration that is distorted and concocted by a power elite group who justify everything they do in the name of Islam.

When amateur and pseudo scholars hiding behind intellectual liberalism make dishonest, factually incorrect and dangerously irresponsible statements they end up walling themselves. Harris repeatedly claimed that Islam, unlike all other religions, is inherently violent since it supports and promotes ferocity; stoning to death, jihad, martyrdom death to apostates as suggested in the Quranic verses. Verses referring to the same should be retired or shelved from the religion according to Harris.

In essence, if we are to follow the same logic, as presented by Harris, stating that the problem lies in the Quran and not its interpretation then, according to Dr Aslam Abdullah,

“We then must retire ninety percent of the Bhagavad Gita, the Hindu scriptures that advocate violence, seventy percent of the Old Testament that condones violence and lays the principle of an eye for an eye and a tooth for a tooth or stoning to death.”

Harris describes a global manipulation of the Islamic faith, clearly stating that it is not Muslims who are manipulating the Quran and Islam, but vice a versa. In these volatile times one must accept that there are groups and individuals in Muslim countries that are using the name of Islam to serve their political agenda, but it is the moral responsibility of the rational minds to differentiate between the faith and the manipulation of faith. The telling of half-truth is a dangerous game, a game where there are no winners, but only Armageddon.

Dr Aslam Abdullah is the director of the Islamic Society of Nevada. He teaches Islamic studies at the OLLI centre of the University of Nevada, Las Vegas. He has triple masters in Arabic and Islamic studies, sociology and has a PhD in communications.