My father was an Ahmadi serving the Pakistan Air Force 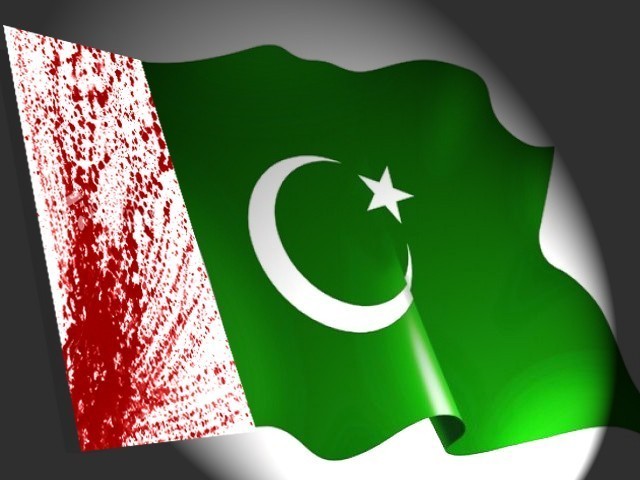 Mr Butt may just be another random killing for some, but for Ahmadis, it’s the gradual destruction of the country they’ve given their best heroes to protect. DESIGN: JAHANZAIB HAQUE

On October 14, 62-year-old Mr Latif Alam Butt, an Ahmadi retired Pakistan Air Force (PAF) serviceman was gunned down at Kamra Air base, Attock District. He was shot due to his religious beliefs. My father was also an Ahmadi and a retired PAF serviceman, who also happened to die at the age of 62. But my father was not killed, only marginalised, for his religious beliefs. But he and Mr Butt share more than meets the eye.

In 1965, when Mr Butt was only 13-years-old, my parents, newly married at the time, were making plans to start their married life at my father’s post in Risalpur, Pakistan. While my mother anxiously awaited her husband, Pakistani and Indian forces came face to face at the border. Without thinking twice about his young wife and their plans, my father headed to Sargodha where the PAF played a vital role in defending Pakistan from Indian forces. To honour PAF’s spectacular performance at Sargodha base, September 7th was declared as PAF Day.

Nine years later, in the summer of 1974, when Mr Butt was 22-years-old and was about to join the PAF, my father was transferred to Peshawar. While he was trying to settle down his young family in Peshawar, nationwide riots erupted against Pakistan’s Ahmadi community. My father put his children in a relatively safer place and patiently waited for the government’s verdict on the “Ahmadi issue”. He was certain that this turbulence would be short lived just like 1953’s riots. He unwearyingly took all the sarcastic comments from some of his colleagues in the hope of getting justice from the government. In his eyes, the Pakistan he proudly served was far above the religious intolerance the Mullahs were spewing.

Unfortunately, and to his dismay, on September 7, 1974, Pakistan’s elected Prime Minister Zulfikar Ali Bhutto declared all Ahmadis to be non-Muslims. My father returned to work with a broken heart and shattered confidence in the government. Yet, his love for Pakistan was unwavering and his loyalty to the PAF was unquestionable. Since then, extremists celebrate September 7th as a victory for their intolerance. Every year on September 7th, PAF pilots show their stunts with fighter jets and bigoted Mullahs show their stunts of spewing venom against Ahmadis.

In the remaining years of my father’s service, he faced passive marginalisation on every front. His not-so-popular religious beliefs became the yardstick for his success in the Air Force. His professional expertise, decades of service, commitment to his assignments, hardworking nature, honest demeanour, and even his loyalty for Pakistan, nothing mattered because he was no longer a “Muslim”. Hence, the chances of him moving up in rank gradually died. Towards the end of his career, he felt like an unwelcomed guest in PAF. Yet, his love for Pakistan was undeterred.

Ahmadis have proudly served in Pakistan’s armed forces and have valiantly fought for their country. But sadly, my father and Mr Butt are not the only Ahmadis who served Pakistan’s armed forces and faced religious discrimination. Most Ahmadis in Pakistan’s armed forces have faced second class treatment. General Akhtar Hussain Malik is a 1965 war hero who launched operation Grand Slam in Kashmir. Although bestowed with Hilal-e-Jurat, the second highest military award, his name never made it to the Pakistan Studies text books. Same year, Major General Abdul Ali Malik led Pakistan’s largest tank battle since World War II. How many kids and adults know his name? Major General Iftekhar Janjua, the highest ranked officer of the Pakistani Army to be killed in action was denied the Nishan-e-Haider, the highest military gallantry award. Captain Mumtaz Anwar of Pakistan Navy gave his life during the 1971 war with India but never received the recognition he deserved.  Major Afzal Mehmood sacrificed his life during the Swat operation in 2009. In 2010, 90-year- old Major General Nasir Ahmad Chaudhry died at the hand of religious extremists while he was offering Friday prayers. He was the only Pakistani general to be injured in active war duty during the 1971 war. He fought three wars for Pakistan, but in the end, died at the hand of those very people he protected all his life.

Pakistan’s latest hero, Latif Alam Butt, leaves behind five children to carry on his legacy. One of his four sons is also serving in PAF. One day, soon enough, Pakistan will look back and mourn what it allowed to happen to my father, to Latif Alam Butt, and to all Ahmadis who have given their lives in the service of Pakistan.

Mr Butt may just be another random killing for some, but for Ahmadis, it’s the gradual destruction of the country they’ve given their best heroes to protect.

A freelance writer based in the US who has a masters degree in Economics. Her areas of interest are women's rights, minorities rights, comparitive religions and social issue. She tweets @FriendlyMuslim (twitter.com/FriendlyMuslim)