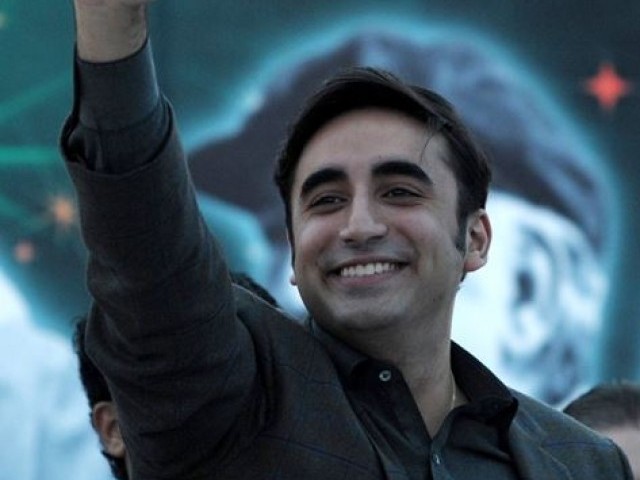 The party has made mistakes, some small, some massive – they must not be repeated again. PHOTO: AFP

In the midst of a tussle between Pakistan Tehreek-e-Insaf (PTI) and Pakistan Muslim League-Nawaz (PML-N), Pakistan Peoples Party (PPP) has been cast aside. However, after the party’s rally today, this might not be the case anymore. For Pakistan’s political web, this is an extremely positive development.

PPP was outmuscled, outwitted and completely blown away in the 2013 general elections. Statistically, PPP’s seat count in the National Assembly went down to 45 seats from the 118 it won in the 2008 elections. This was, in no small part, due to PPP’s poor performance from 2008 to 2013. As things unfolded following the elections, the general feeling was that PPP was redundant and dead as a political entity, with the 2013 elections being one of the last nails in its coffin. The old guard had been put to shame, and the new one went unnoticed.

While it is fair to say that the rise of PTI created a massive chunk in PPP’s electoral potency, likewise it is also fair to believe that Pakistani politics needs a vibrant PPP back.

Historically, PPP has been the most potent left-wing political force in Pakistan at the federal level. While it has been guilty of making a disappointing shift to the right wing’s capitalist end at various points in time, Bilawal has injected some much needed left-blood into the party again.

Starting from the current civilian ruling class to the military, capitalist blood runs through the country’s veins.

A country where an industrialist, drowned in blood of the proletariat, serves his third term as prime minister. A country where the ruling elite showcases consumerism in all its sick glory and the average man struggles to feed himself even once a day. A country where the phenomenon of religion and hyper-nationalism is poisoning minds every passing day. A country where, out of the two political entities brawling it out for federal power, one feeds off private industries and the other feeds off misguided anarchy, fuelled by hyper-nationalism – the choice of ideologies is limited, and it doesn’t make for pretty reading.

With a potent PPP, a third ideological narrative is offered; an ideology that – if executed properly – can reap benefits on both social and economic levels. This is of utmost importance in order to avoid pushing Pakistan in a position where the only available option is either hyper-nationalism or the socioeconomic horrors of privatisation. A third option, one that speaks for the working class, one that empowers the proletariat, one that addresses the issue of class conflict, is pivotal for Pakistan.

PPP’s recent history has been a massive disappointment. No one realises this better than the PPP leadership themselves, even if they don’t admit this publicly. But after the dust from the 2013 general elections settled, there have been a few bright spots for the party.

The Sindh Festival was brilliant, and Bilawal’s bold stance on terrorism has been commendable. But all this needs to translate into something more.

It is obvious that the party has become more active off late, showcased by the recent movement in Southern Punjab. It is still, however, playing third fiddle to PTI and PML-N despite being the official opposition in the Parliament. This has not necessarily been a bad thing, since it has allowed them to avoid the media spotlight and regroup as a political entity again.

Critics of PPP will bring up arguments such as Bilawal House occupying public property, cell-phones being shut down in Karachi due to the rally, the treatment dished out to Rehman Malik and the likes – all things effectively going against the PPP’s ‘for the people, with the people’ roots. These are all valid arguments, and ones that need to be addressed by PPP urgently. There has to be a better way to offer Bilawal security than by causing inconvenience to people. Tightening security for a one-off rally is understandable but doing that perpetually is not.

However, what needs to be remembered is the fact that, due to Bilawal and PPP’s very vocal anti-terrorism stance, the threat to them is very real. It was there when they were campaigning for the 2013 elections and it is still here today.

There is also the regular argument of what makes Bilawal stand out. How is he better than any other politician?

The answer is simple: Bilawal doesn’t stand out right now. He has a while to go before he is able to do that. What he does bring to the table, however, is a massive political legacy – first built by his charismatic grandfather and further honed by his mother. He also brings with him an incredible amount of baggage amid accusations of corruption and inefficiency, the lessons of which PPP learned in the 2013 general elections. The point is to take everything in your stride and learn. Awami National Party (ANP) and Muttahida Qaumi Movement (MQM) will never rise as federal political entities; therefore it is down to PPP to keep the left-wing active at the federal level.

An active left-wing in Pakistan is imperative. The roots of PPP are imbedded in Marxist theory and Socialism. The same roots that have given Pakistan brilliant statesmen like Aitzaz Ahsan, Raza Rabbani, and Malik Meraj Khalid. It is essential that those roots are not abandoned again the way they have been in various moments during the party’s rollercoaster history. The party has made mistakes, some small, some massive – and they must not be repeated again.

When all is said and done, what needs to be acknowledged is that Pakistan was not better off without its strongest ideological political party in limbo. Here’s hoping that the PPP rises again, following today’s rally, stays true to its ideological roots and moulds a positive future for itself and the country.