Dear Aasia Bibi, today I have no apology for you 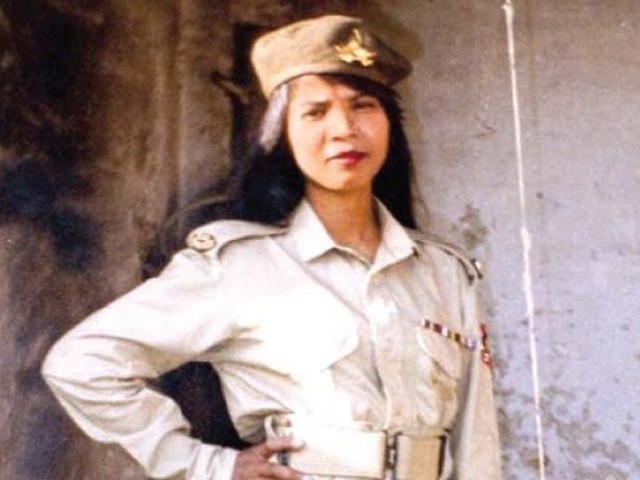 Dear Aasia, you have become one of the many targets of such ignorant power. PHOTO: FILE

I have so much to tell you. I have so much to talk to you about. I don’t know where to begin. Perhaps the best way is to start off by saying that I would never dare say such a callous thing like I know what you must be going through. I don’t. I have no idea what is going on in your head. I can’t even imagine how disgusted you must be feeling with life right now. However, I do know that you have every reason to feel disgusted.

Aasia, you need to understand a few things about the people that surround you. You need to know that many of us around you are vile and immoral people. We are weak and sad people. We have insecurities about almost everything you can think of. We have filled our stomachs with so much hatred of everything, that your case is sadly not even the tip of the iceberg. Often times, our only source of fuel to carry on is by excreting our mental faeces on easy targets like you. How can I apologise on behalf of these people to you? I wish I could.

However, in the minds of these sick people, your case is almost legitimate target material for them. We have folks amongst us that do far worse things to people who are within the parameters of our own ‘religious’ divides. We kill. Do you understand Aasia? We kill. We have sick people amongst us. Fear us, for we will attack without prejudice and we won’t even have the conscience to repent. It is amongst our most reliable qualities. I want to disengage myself from such people, but I know that won’t offer you any resolve. In fact, to truly appeal to you on behalf of the ignorance that is surrounding you, I fear I have to include myself in that group so as to try to connect with you.

If ever there were two things that do not go together, it would be religion and illiteracy. While both of these things have done their fair share of damage independently, combining them creates a potential nuclear fission of harmful possibilities.

You have become one of the many targets of such ignorant power. But I don’t need such excitement to think of you. That is completely overkill. Instead, I think of a mother who is trying to raise her family with the same level of pressures, if not more, as the millions of other incredibly poor families scattered throughout Pakistan. I think of how, like every other woman on this planet, you do your best to hold the faces of your children up to the sky in spite of the hand dealt to you. I think of the pain your eyes must have seen over the years just to try and get by in this world.

I think of my mother and how she held the entire universe in her hand for me, and then I think of how your kids must feel the same way about you. But then I think of what must be going through your children’s minds at this point. And I want to tell you Aasia, that when I think of all of this, and then of all the incredibly vile things that have unnecessarily happened to you recently, I want to hurt someone. I want to cause physical pain to someone. I am not a violent man, but violence begs to bleed through my veins and find someone to shower it upon.

You see Aasia, in many ways, I am no different than any of these other mindless thugs who are causing you such stress with their ignorance. How then can I apologise to you, when I want to do to them, what they want to do to you? I can’t. Please understand. You deserve far more than an apology from a stranger who instead of having the capacity to help you, can only conjure up lustful thoughts of violent revenge on your behalf.

I will say this though. This has nothing to do with religion. Religion is in this case, the most readily and easily available catalyst to mobilise the internal insecurities of those harming you. There is no faith that supports such inhumane treatment of people. It is a lack of a moral compass that steers people to such levels of madness.

I hope that somewhere within the boundary of your wall of anger and disgust, there is a little crack of hope that still remains. I wouldn’t blame you if it doesn’t exist. However, if it does, then please try to conjure up the strength to look through that crack. When you do look through, you will see millions of other people peeping through their own tiny little cracks. We are all holding on to our vision of hope in the quest that the crack starts to widen. We are in this together. I will never forget you. Pakistan needs and begs for you to hold onto that hope of a better tomorrow. I need you to hold on to that hope. I truly do. Please.

By day, he is a technologist. Outside of that, he is a writer, filmmaker and general student of humanity. He blogs at usmangulfaraz.blogspot.com and tweets as @Uzi_G (twitter.com/uzi_g)

Karachi: Chronicles of a mad man - the girl who never smiled

My beautiful boys, my murderers