Is the New Silk Road really an economic corridor for China and Pakistan? 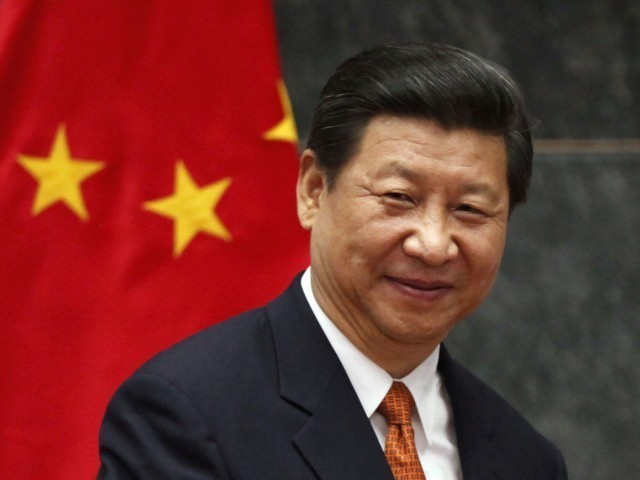 Luckily for Pakistan and its economic prospects, China plans to expand one of the three Silk Route channels into Pakistan. PHOTO: REUTERS

While the world is busy tackling the ISIS and its look-alikes in the Middle East, China, on the other hand, has other plans to chase.

One such plan is reviving the centuries old Silk Route, or the New Silk Road – a series of routes that were important in the past for cultural interactions and trade between the East and the West.

As part of this revival, China recently announced working on a high speed train from Lanzhou to Urumqi, capital of the troubled Xinjiang province. It is also rumoured that the train may, in future, reach out to regional states including Kyrgyzstan, Tajikistan, Uzbekistan, Turkmenistan, Iran and Turkey, along with further reaching out to, and concluding in, Bulgaria (Europe).

With extensive visits to central Asian states by the Chinese president and penning a number of multibillion dollar deals with his counterparts, President Xi Jinping of China has ensured that his vision of the New Silk Road starts off on the right footing.

The progress on the project comes at an ideal phase in the Chinese economy, where the country recently surpassed the US economy in terms of its purchasing power parity (PPP). China’s PPP, in the current year, has reached a mammoth figure of $17.6 trillion or 16.48% of the world’s GDP, while the US stands at $17.4 trillion.

The Silk Road Project consists of three parts. The first part starts from Xian (China) goes through Pakistan and ends in Turkey. The second strand stretches from Bangladesh to Myanmar, whereas the third aims at connecting China’s Fujian coast with the rest of the world.

Luckily for Pakistan and its economic prospects, China plans to expand one of the three Silk Route channels into Pakistan, starting from Kashgar and ending in Gwadar via Karachi.

Funds have already been allocated for preliminary research to measure prospects of building one of the toughest routes that is ought to connect China and Pakistan.

Reviving the Silk Road economic belt was the brainchild of President Jinping, under whose orders research and development work on the project has sped up since the final quarter of 2013. China’s interest of including Pakistan in the project stems from its fears of any drastic US actions that could see Washington cutting of Beijing’s energy supply through various sea routes that it oversees, or controls virtually. That is where Gwadar’s importance kicks in. Controlling Gwadar means that China sits right next to the Persian Gulf, one of the most important oil trade corridors in the world. Also, China, being the largest global oil importer, seems to gain a lot from a fully operational Gwadar port by cutting down thousands of miles in transportation and millions of dollars in costs.

But this can certainly not imply that China is the sole beneficiary of Gwadar. Blueprints of the Pakistan-China Economic Corridor provide hope that the project, as well as the port, could spur economic growth in Pakistan.

India, on the other hand, has already voiced concerns over Chinese ‘ambitions’ of this new project, which it says is aimed at increasing Chinese influence both in the sea as well as on land. These concerns were put to bed by Gao Zhenting, councillor of the department of international economic affairs, who invited India to join this project citing India’s historical importance in the trade route.

Ironically, the United States also came up with its own version of the Silk Road Project seeking to expand its influence in the rapid growing Central and East Asian regions. But it seems that with ample time and cash on hand, China is in a clear lead.

The Silk Road Project’s prospects are also tied to regional stability and cooperation. However creative this project may be, it can’t be concluded without bursting cooperation from partner states. And one major issue at hand, for both China and Pakistan, is the brewing spiral of militancy in Xinjiang and FATA region. China has already expressed its discontent over the presence of Uighur training camps in Pakistan and has thus asked its neighbour to use an iron fist against such facilities.

If security concerns are thoroughly addressed, China’s greater strategic plan encompassing two major continents, while working on bilateral ties with states like Pakistan involved in it, could not only benefit Beijing and give it a long awaited economic hold, but could infuse life into dwindling economies of partner states – especially that of Pakistan.

The Silk Road Project, even with all its complications, presents a good lesson of a concrete economic vision for the long run.