Who asked Imran Khan to address the LoC shelling? 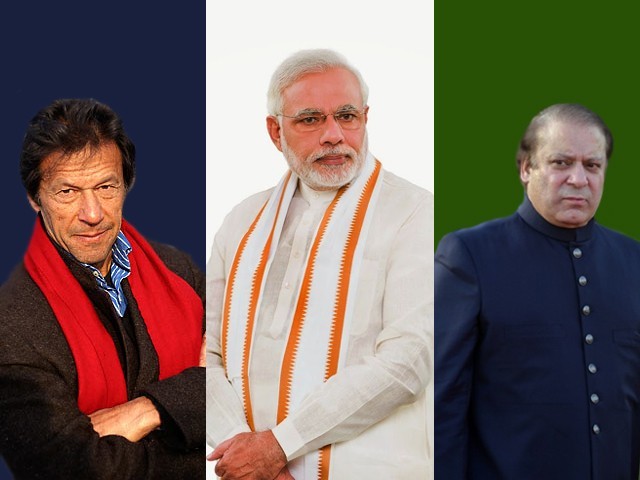 Imran, at this point, is neither a statesman, nor a representative of the foreign office. He is not even an active part of the Pakistan government. Considering his position, commenting vociferously on an already tense situation is nothing less than irresponsible.

Have you heard? There are rumours of Mr Shahid Khan Afridi poised to be the next Imran Khan.

While I leave this rumoured information to be processed by cricket fans and political analysts at length, one has to question what the nation is to do with the current Imran Khan that we do have. What happens when cricketers decide that they’d be much better at life if they gave up what they had been doing all their lives, and start on a completely new career path? The result is that they’re neither good cricketers nor are they good statesmen/politicians.

I am, unfortunately, not blessed with a certain nerve impulse that makes me believe and follow everything that Imran says or does. When he speaks, I like to offer him the benefit of belief, the benefit of chance that he might make sense as a human being and as a leader of a party in the country. But so far, Mr Khan has disappointed me to no end.

It began with him cohorting an army dictator such as Pervez Musharraf. He also took a similar stance when the Taliban attacked Malala Yousafzai. The Azadi march, however, has really proven to be the cherry on the top of the proverbial sundae that is Imran’s political career.

From what seems like a Billy the Kid approach to politics, Khan Sahib has let it all loose. Some call it a speakeasy and the voice of the ‘common man’. In all honesty, however, if a ‘common man’ were to issue statements such as opponents will ‘wet their pants’ and use further abusive names and slogans for various office-holders of the country. What the common man needs then is some schooling, which Khan Sahib proudly claims is from Aitchison College and England. Here I stand confused – are we not sending our children to these ‘posh’ and ‘foreign’ schools so that they churn out refined, seasoned human beings? Or do we want our kids to use the same language, the same violent rhetoric as Mr Khan?

In a recent rally held in Multan, Khan Saab took upon himself to address Indian Prime Minister Narendra Modi, regarding the Line of Control (LoC) shelling from India. Apart from point-scoring from the crowds and capitalising on the usual India-Pakistan hatred and violence, one wonders what other purpose his words serve. Imran, at this point, is neither a statesman, nor a representative of the foreign office. He is not even an active part of the Pakistan government. Considering his position, commenting vociferously on an already tense situation is nothing less than irresponsible.

Imran insisted that the PM Nawaz, who wants to solve this matter via talks and diplomatic measures, has not released a statement against the attacks. He called upon PM Modi to be a ‘statesman’ instead of showing muscle.

Of course it is Mr Khan’s political and democratic right to speak out against the policies of the prime minister and his cabinet. However, as a leader who is currently aired on national and international media, what message does Khan Sahib seem to be sending to the world about Pakistan? That we are not united, that Pakistan wants violence? That our leaders incite leaders of other countries in political rallies?

All politics is power politics, as someone wisely said. It is shameful to see Mr Khan resorting to power politics at a time when both countries, India and Pakistan, need to set aside their violent responses and reach a point where the people of these nations can live in peace and harmony. Emotional speeches, hate-mongering and verbal attacks are hardly going to help matters – especially coming from a man who has no part of the sitting government.

All of this makes us wish he had just stuck to cricket.