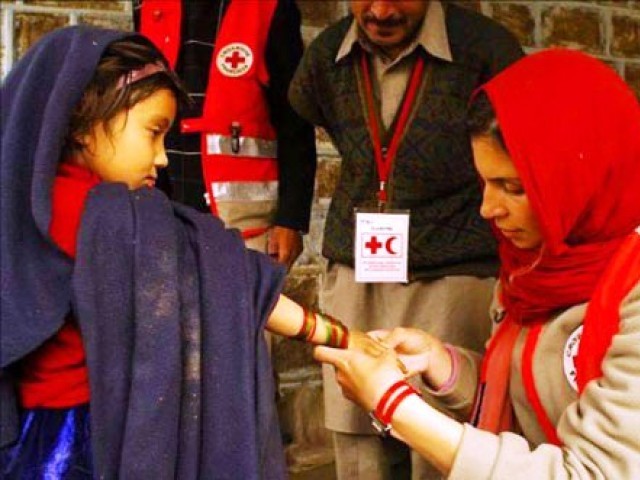 Yesterday, I challenged myself to be brave.

Well, I am brave. Or at least I like to think I am.

I have been through situations that could give you a high-blood-pressure-induced stroke, if there is such a thing. I guess that covers the mental bravery bit.

For the first time in 24 years, I went for a blood test-all on my own.

The last time I went for one, which was three weeks ago, the rather curious audience at the AKU laboratory witnessed a fat twenty-something pink-faced girl freaking out at the sight of a needle. I gave them half a show. My mother was there holding my hand and she did a superb job at distracting me. She asked me about things that she hadn’t asked me about in a long time. It felt good to have her by my side. Mothers are such darlings–so precious. There were just two tears for the audience. I’m pretty sure they must have booed me as I walked out.

The time before that, I fainted. Now, most of you will laugh at the thought of me fainting over a stupid blood test. But I did. People panicked. There was chaos around me. I could feel people shaking me and asking me if I was okay (serves them right for not believing me when I told them I felt weak before the dramatic collapse!). In all honesty, they probably didn’t expect a large, well-fed girl like me to collapse. I gave them a proper show. I opened my eyes surrounded by strangers standing over me with little packets of juice and chocolate milk. On any other day, I would gladly have jumped and taken all the chocolate milk. I love Milo. But that day was different.

Yesterday, the super-friendly man at the counter remembered me and was surprised to see me come in alone with a brave face. I quickly handed him my slip and then rather hesitantly, my right arm. He did a bad job at trying to distract me. I give him a score of minus one. I closed my eyes and told myself I had to pass this test. I thought of the clothes my tailor had to return to me, where I would wear them and about the shopping my mother and sister had done for me in my absence. It was over in five minutes. I had passed the test. I walked out like a soldier, with a little less blood flowing through my veins.

On the way back home, a doe-eyed beggar knocked my window. I stared at my bruised arm and then at the beggar before giving him the pack of juice I had (I was well-prepared in case I fainted). I kept staring from my arm to the beggar and back. I kept doing that until the traffic light went green and he was left behind at the signal, waiting for the next person to help him. I felt sad and blessed at the same time to be able to afford basic health care. With a heavy heart, I thought about the inequality of the healthcare system in Pakistan. The drive back home was depressing, to say the least.

I got home and read articles and reports on healthcare policies and its history. I learnt that under General Zia’s regime in the 1980’s, the public sector entered a period of decay, causing the private health sector to become active. His government systematically destroyed the public sector, especially in healthcare. This was believed to have been a deliberate policy. A dilapidated public healthcare system prepared the ground for introducing private healthcare that was unaffordable for the masses.

Statistics on a private affair

Today, Pakistan’s current healthcare system is largely privatised. It is efficient and equal in standard to anything in the West, but as it runs on purely business lines, it has no ethical value. It is unaffordable for the general public and has become one of the most successful businesses in Pakistan. The policies of all successive governments have been to destroy the public health care system and favour the private one.

Pakistan lags far behind most developing countries today with regard to its healthcare system and class equality. According to the WHO, Pakistan’s total healthcare expenses were 3.9 per cent of its entire gross domestic product in the year 2001. According to a National Health Accounts report (2006; WHO), the Pakistani government was only said to have funded 32.2% of its total health care expenditures, with the rest of the funding being private. The unemployment rate in Pakistan, recorded by the CIA fact file for 2010, is said to be 15.2 per cent (this figure excludes people who are underemployed). It is not shocking that those who live under the poverty line were recorded to be 17.2 per cent (2008;World Bank) and this number has now significantly increased due to the country’s poor and unstable economic and political state. It is not surprising that the majority of Pakistan’s rural and working-urban classes do not have access to premium healthcare.

In countries like Pakistan, millions of people have no access to the most basic services such as education and healthcare. It almost seems as if healthcare is now a luxury which only the rich can afford. According to official data, there are 127,859 doctors and 12,804 health facilities in the country to cater for over 160 million people but more and more people are being denied healthcare simply because they cannot afford it.

How true Martin Luther King Jr was when he said:

“Of all the forms of inequality, injustice in healthcare is the most shocking and inhumane”.