“I will be selling chai on Mars soon!” 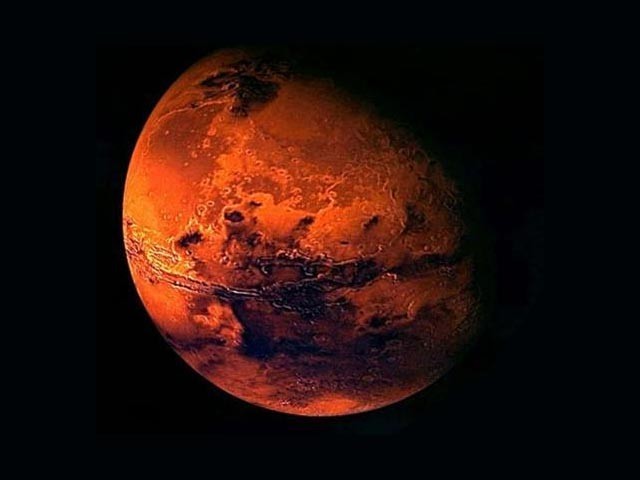 Under its ‘eight planet chain’ convention, China has the exclusive rights to any space territory that was charted by its ancient astronomers. PHOTO: REUTERS

Chinese authorities, on Friday, sent a letter to the UNOOSA (United Nations Office for Outer Space Affairs), condemning the unashamedly cheerful celebration by the Indian authorities on the success of the recent Indian Mars mission ‘Mangalyaan’. It accused the country of ‘highly inappropriate’ interference in its outer space affairs.

The letter from the Beijing foreign affairs committee said that, under its ‘eight planet chain’ convention, China has the exclusive rights to any space territory that was charted by its ancient astronomers.

This is not the first time the emerging Asian superpower has asserted its growing authority on disputed territories. It has previously laid claim to most of the islands of the South China Sea based on a nine-dashed line drawn by past Chinese cartographers.

Xi Jinping, the Chinese President, sternly confirmed this stance during his speech at the recent UN General Assembly meeting,

“Since it was our astronomer that mapped the sky first, China owns anything that can be observed with a student telescope. And that includes Pluto, planet or no planet.”

Goh Gun Jagoh, an economics professor at Tsinghua University, connected this tussle to a broader struggle over natural resources and raw materials.

“China simply aims to construct quarry sites on the metal-rich asteroid belt between Mars and Jupiter so that its factories back home can churn out more bendable iPhones than ever,” he said proudly showing off his new wristwatch. “Seriously, who needs the Apple watch when you can simply bend your iPhone into a timepiece?”

India has shrugged off the Chinese allegations by hinting that Prime Minister Modi simply wants to carve out a place on Mars far enough for BJP traitors, Gujarat riot apologists and other undesirables to be exiled to, in case he fails to deliver on any of his ambitious promises.

The Indian public for now is obliviously gorging on ‘mithai’ to mark their historic achievement; it could care less about Rahul Gandhi sipping on martian mojitos millions of miles away.

Desi entrepreneurs have plans of their own for the red planet. Vishnu Patiwala, a tea stall owner in Delhi radiated optimism;

“Arey bhaiya, this is good na. Modi jee says it is cheaper to go to Mars by satellite than to travel to Lal Quila in a rickshaw. You mark my words; I will be selling chai on Mars soon!”

The US, with its usual tendency to meddle in any business accumulating dollars over, has unsurprisingly come to India’s rescue, reprimanding China for flexing its muscles on its feebler neighbour. So much so, it placed an embargo on China, blocking all imports from the Asian nation until it softens its position on the space race.

Unfortunately, this move has backfired, since a whopping 20% of American imports are Chinese goods. As a result of the sanctions, a scene of utter chaos among prospective buyers outside an Apple store in New York was observed – it had run out of iPhones owing to a lack of supply.

“I’m going to go crazy”, a tearful fan protested, “I’ve had iPhones all my life and I’ve been waiting in this line for a whole week. Now no phones left!” He was later seen tweeting about the development on his Huawei device.

Interestingly, one member of the international circus remains silent on this issue; Vladimir Putin has stayed suspiciously quiet on the race to deeper space. Perhaps he is heedful of the recent furore on Photoshopped pictures of celebrities – it is proving a lot more difficult to edit out failures these days. Regardless, an eventual Kremlin entry into this affair should not come as a surprise, the only fitting place to annex after Ukraine would be Uranus.

It remains to be seen who will emerge victorious in this battle for the heavens. All we know for now is that the radical group, Islamic Caliphate, has begun strapping thrilled volunteers to rockets in pursuit of an easier way to follow up on its promises to send fighters to a heavenly domain.

A civil engineer from Purdue University, USA, he enjoys engaging in discussion on current affairs.