Entry tests and inept professionals: Another nail in our education coffin 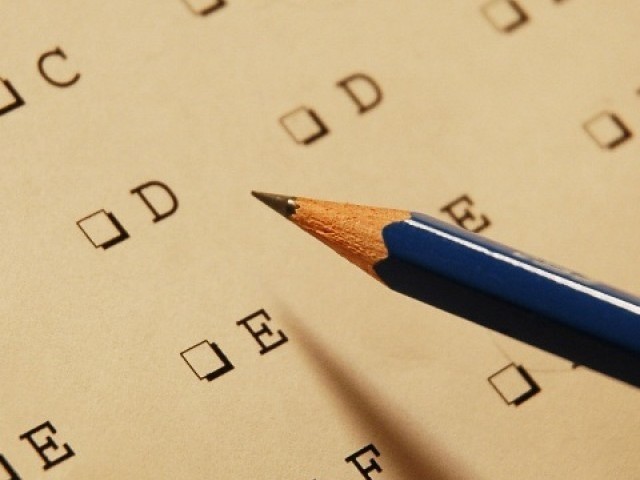 In local boards, where many students score good marks by cramming and rote memorising, there is a great amount of those as well, who pass their papers by bribing officials and examiners. PHOTO: FILE

A few days back, I came across the news that the government is considering to end the entry test system (ECAT & MCAT) for admissions in universities. The news left me utterly dismayed.

The policy to hold these tests was implemented a few years back, to check the competency level of students coming from different educational boards. It was a good way to test individuals on similar parameters to understand their aptitude for a particular field of study and was a much-needed step.

In Punjab, there are many educational boards – almost every city has its own – and alongside these, there is the federal board that encompasses the entire country. Therefore, one can easily understand the discrepancy in the level of education as the differences between these boards are quite significant. This means that even if two students have cleared there Higher Secondary School Certificate (HSC) exams, they will not have the same level of knowledge if their education boards are different.

While talking to a senior professor at the Fauji Foundation College, Rawalpindi, I got to know that before these entry tests were implemented, most of the students who got admission in medical and engineering universities were from Multan, Sahiwal and other areas of Punjab, who had studied under their local boards. The termination of entry tests can be seen as an attempt to help students, from these local boards, enter these faculties without any issues.

Though I agree that these students should also have the opportunity of entering into good professional institutions, doing so at the stake of others is not the way to go about. Why should a student, who has worked hard to get good marks in his federal board exams, not enter a good university just because another student got admitted with higher marks than him through a lesser education board?

I study in NUST and I know that one can only enter this university through a good score in the NUST entry test (NET). Many of my relatives and friends achieved more marks than me in FSc board exams from Rawalpindi and Azad Jammu and Kashmir boards but they were unable to get even 40% marks in the NET.

On the other hand one of my class fellows, who scored average marks in FSc from the federal board, is currently pursuing a degree in chemical engineering from NUST. Because his concepts were clear, he was able to score high in the NET and get a merit admission.

All seven top three-position holders of FSc (pre-medicine) exams have failed to maintain their positions in MCAT, according to a report from a website constantly visited by students for information about results and entry tests. Following are some of the students I met from different Punjab boards.

“I was shocked on my MCAT result but later on I realised that my board exams were very easy”, she said.

Both of them accepted that their board exams were far too simple; they were able to get good grades just by merely cramming and rote memorising everything because almost all the papers were based on bookish questions. Many questions were those that were already present in their course books. These questions did not test their conceptual knowledge at all.

I also met a boy who completed his HSC from federal board. He got just 880 marks in FSc (pre-engineering) but his ECAT marks were 65% and as a result, he has a good aggregate to get admission in a reputable engineering university. He acknowledges the fact that his papers were tougher and marking criteria was stricter than other boards but this prepared him for a conceptual entry test.

In local boards, where many students score good marks by cramming and rote memorising, there is a great amount of those as well, who pass their papers by bribing officials and examiners. Though this malpractice used to take place with entry tests too, the quantum of it was very low as the examiners were more credible.

I don’t understand why our government is trying to murder the merit and conceptual learning, and promote substandard education and ratta (rote memorisation) culture. We don’t have a unified educational board and as a result, we don’t have the same educational level in our country. Instead of working on eliminating all these local boards and bringing education under one umbrella, the government opted for the easy way out by terminating entry tests. These tests were a better way of judging students. This step will be a huge blow to our education system and it will result in Pakistan producing inept and under-qualified professionals in the future.

A student of chemical engineering from NUST H-12 Islamabad and a critic of this so-called democracy. He tweets as @ImMini_94 (twitter.com/ImMini_94)