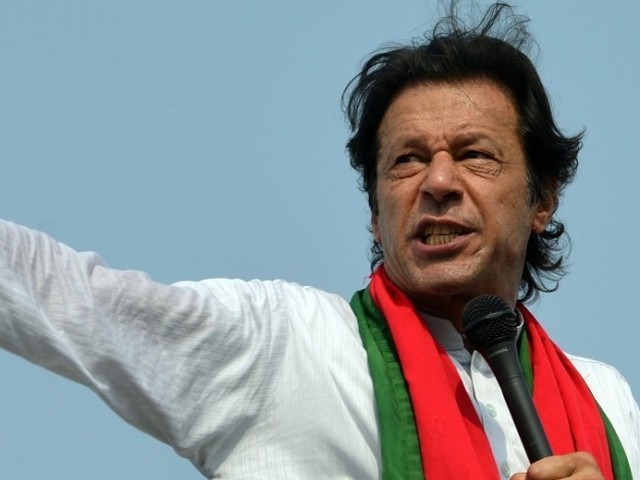 Naya Pakistan is being supported by every faction of the society. So will it be a secular or religious state? PHOTO: AFP

With Imran Khan turning many doubters into believers by the virtue of his unwavering, unfaltering and untiring show in Islamabad, I have no hesitation in admitting that his performance on the political ground is as bold as it used to be on the cricketing ground. His supporters have shown commendable commitment, as the sit-in at D-Chowk has crossed a golden jubilee mark thanks to street power in other cities – especially Karachi.

As I listen to his speeches, quite frankly, I love the idea of Naya Pakistan more and more each day, but what really confuses me is the model he is portraying and the practices he is following. There can be many contradictions that can be highlighted but, for me, there are a couple of fundamental questions that need to be answered by Pakistan Tehreek-e-Insaf (PTI) before Naya Pakistan can be further idealised.

First and foremost is the very idea of Naya Pakistan – is it going to be a secular or religious state?

Right now, Naya Pakistan is being supported by every faction of the society. People like Junaid Jamshed, who represents a large chunk of the right wing school of thought, are also supporting “Naya Pakistan”.

On the other hand, there are many actors, actresses, singers and left wingers, who are also chanting slogans for the same cause. On the surface, it looks perfectly alright as this brings these two wings to a common platform, something you witness once in a blue moon.

However, I believe that it is not happening because both wings have shed their differences and have joined hands to a common cause; rather, it’s happening because nobody actually knows how Naya Pakistan will look like. Both wings want to break free from our current system of injustice, loot and corruption, but both have destinies that are poles apart.

This confusion is luring these two arch-rivals into false hopes that can never become reality for both at the same time. As PTI moves closer to Naya Pakistan, they have to take one side, and from that point on, they will lose one camp of supporters. For me, as long as this confusion is not clarified, the model of Naya Pakistan is incomplete and that’s one of the core reasons that critics label Naya Pakistan as a confused, mystified and uncooked idea.

The other confusion with Naya Pakistan is Imran’s claims about feudalism. It looks really hopeful and positive that he is determined to challenge the rule of feudal lords but when he has many feudal lords in his own party, with Shah Mehmood Qureshi holding a key position, should we take his claims seriously? As feudal lords keep coming and joining the movement, are they ready to let go of the supreme power their families have enjoyed for decades over ‘the ruled’ in their ‘feudal territory’?

They are joining most likely because they are also unaware of how Naya Pakistan will be different from the existing Pakistan. They believe that with some changes, them and their families will continue to rule and oppress ‘kami kameen’ (poor people) under the banner of Naya Pakistan. For this reason, they don’t see any threat to their territorial rule and happily join the movement for change.

For PTI supporters, in case you’re wondering, I am not a Pakistan Muslim League-Nawaz (PML-N) follower. For others, I am as frustrated at the situation as you are, but if option A is not correct, it doesn’t necessarily mean that option B is either.