Imran Khan versus Saad Rafique: In defence of Sheru 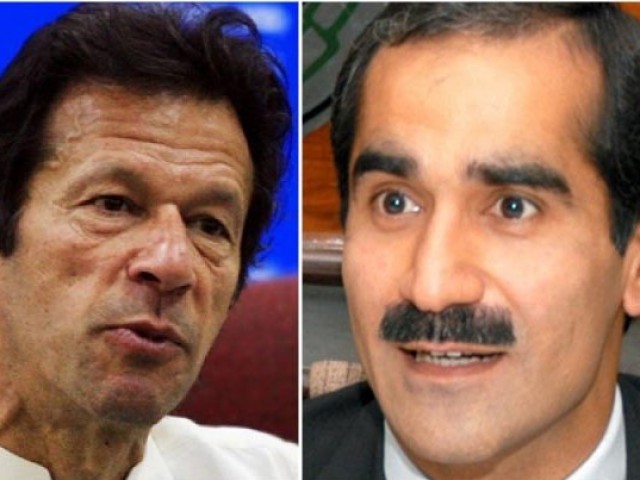 In his tirade against his political opponent, Rafique emphasised how keeping dogs and being affectionate towards them is against our cultural/religious values. PHOTO: FILE

While surfing the net I stumbled on Saad Rafique’s harangue in the Parliament, berating Imran Khan for owning a dog called Sheru.  He seemed rather upset at the animal’s domestic privileges and rebuked Imran for allowing Sheru to sit on a drawing room sofa while showering heaps of affection on him. In his tirade against his political opponent, Rafique emphasised how keeping dogs and being affectionate towards them is against our cultural/religious values.

Now, I happen to be a staunch supporter of animal rights, with a special place in my heart for dogs. Hence, I do not take kindly to arrogant human beings directing their derogatory rhetoric at these loyal creatures just because Sheru cannot answer back in his defence.

If Sheru could answer back, however, this is what he would tell Saad Rafique:

The Quran mentions the dog twice; once, while indicating the usefulness of hunting dogs that retrieve the prey for humans to cook and eat and second, as the steadfast companion of Ashab-e-Kahf. Both examples are positive and a testament to the dog’s loyalty.

Pleading his case further, Sheru would argue that Sufi literature speaks highly of his brethren. Baba Bulleh Shah, for example, admonishes humans for being unmindful of God’s many blessings, unlike dogs who are grateful to their master even in adversity, who never abandon their posts and never give up their duty as guard-dogs, even when they are not fed sumptuous food. Their love is unconditional and a model for those wishing to attain spiritual growth. Bulleh Shah goes to the extent of urging himself thus:

a higher spiritual station in the eyes of the Lord and will be placed above you).

Sheru might, with all due respect, take Bulleh Shah’s comparison a step further and apply it to the political opportunists who are loyal to their masters as long as they are well-fed. Expanding his premise, he would argue that dogs do not bite the hand that feeds them unlike those who are given political power by the people but who in turn abuse their benefactors.

After arguing his case in philosophical terms, Sheru, the dog, would then turn to ground realities. He would, in all humility, inform Saad Rafique, the loyal buddy of the self-proclaimed Khadim-e-A’alaa, that his species is actively involved in quietly serving humanity by assisting the physically challenged, visually impaired and the elderly with limited mobility.

He would proudly remind him how dogs are contributing every day to human welfare by helping law enforcement agencies in tracking criminals and drug traffickers and locating accident victims who are unable to move. Can Saad Rafique, Sheru might ask, enlighten us with some of his welfare initiatives for the miserable millions?

He would politely ask him to watch a documentary on the dogs that died while saving lives during the Vietnam War by shielding soldiers from enemy fire. Sheru might even dare to inquire with just a hint of sarcasm,

“If push comes to shove would you do that for your master, sir?”

And last but not least Sheru would recite Faiz Ahmed Faiz’s brilliant poem entitled ‘Kuttay’ in which the poet has employed the street dog metaphor to highlight the plight of the “mazloom makhlooq’’ – the marginalised and the alienated. In this poem is a warning for the wealthy and the powerful who in their smugness believe that their pride will somehow survive their fall. Beware Saad Rafique:

(Street dogs have the capacity to take over the world.

If they were to use their God-given sharp teeth to stay the hand of their apparently powerful handlers they could crush every bone in their body.)

Well then, it looks like the ordinary people in D-Chowk are raising their voices to highlight the plight of the “mazloom makhlooq” condemned to live like animals. One can choose to disagree with their method but not with their message and this is what is eating the likes of Saad Rafique. No sir, this will not do. You ought not to humiliate God’s creatures, whether two-legged or walking on all fours.

Instead of depicting poor Sheru as a “na-pak” entity, and by extension cast aspersion on Imran’s religious credentials, our Parliamentarians would do well to take a good look at their own double standards and self-serving attitude, otherwise Bulleh Shah will be forced to call out from the grave,

A research fellow at the Institute for Conflict, Cooperation and Security, Birmingham University. She tweets at @rumiwali