Scotland referendum: If they can have it, why can’t Kashmir? 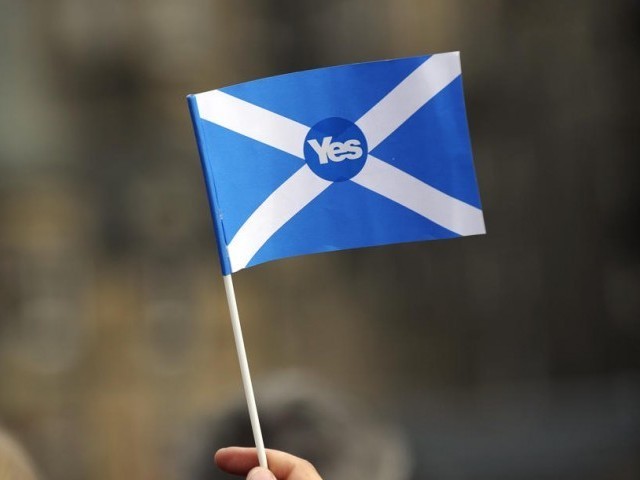 This is a big day, not only for Scotland but for the entire world as this referendum will seal the fate of the United Kingdom. PHOTO: AFP

Today, on September 18, Scots will decide whether they want to stay with the Great Britain or opt for independence. This is a big day, not only for Scotland but for the entire world as this referendum will seal the fate of the United Kingdom.

It’ll be a great setback for UK if they lose in the referendum, as David Cameron expressed on Twitter:

On Thursday, Scotland votes – and the future of the UK is at stake. Please help keep our family of nations together: https://t.co/j0JkdjiK7f

The Scots are very happy about this step, as people are seen waiting excitedly for the voting to begin. Many people have taken to the streets to show their support for the referendum. However, where Scotland celebrates this step, many English still condemn it. They are against this division and it also reflects badly on Cameron’s government. Those who oppose this referendum have expressed their views aptly on Twitter:

For what it's worth, as an Englishman living in Scotland, after months of wavering, I'll be voting YES tomorrow. #ScottishReferendum

Lesley Riddoch on Scotland's Yes campaign: "It's a form of love… A freely-given act of love." @Radical_Indy pic.twitter.com/joSDK5pdSE

How #scottishindependence might have consequences in #NorthernIreland. https://t.co/M8n3trEtMb Still, it's the English that bollixed it up.

Text from David Cameron: "Off to Scotland to save the Union ma'am! Where is Scotland by the way? Nick says it's up the M1?" #ScotlandDecides

Scotland, the Empire gave you tea, civilisation and the English language – and you responded with #ScotlandDecides. #fail

Currently, Scotland has its own separate legal and education system, with defense, security and taxation remaining with England. Although the Scots have been trying to get independence for quite some time now, with the Scottish National Party hinting towards a separation on the pretence that Scotland was economically powerfully enough to sustain itself on its own, the final nail in the coffin was drawn with the 2010 elections when the Conservative Party won.

The Conservative Party is not very popular in Scotland and, as a result, Alex Salmond, minister for the Scottish devolved parliament, declared his intentions to hold a referendum; this step was supported by many Scots. The English government, after receiving an overwhelming majority of pro-union opinion polls, decided to go ahead with the plebiscite, believing that the end results would be in favour of a unified Britain. However, the new polls hint more towards an independent Scotland, which is a worrisome issue for England.

This news made me think about Kashmir, about its people who have suffered for so long and I desperately wished for them to have a similar opportunity to express themselves and cherish their right to choose. Sure, the Scots and the Kashmiris do not face the same problems, and England doesn’t have its army occupying Scotland, as it is in the case of Kashmir with Pakistan and India. However, as a state that wishes to be independent, and where a major section of the society wants to have a referendum in their land, I believe that Kashmir should be given a chance as well.

The Kashmir dispute has been a chord of contention between Pakistan and India since 1947 and even though a referendum was planned, according to United Nations resolution on January 5, 1949, it never got implemented due to the lack of support and consent from both parties.

It’s been a long time since we have observed turbulence in Kashmir. But news of innocent people getting killed in riots is not any different than that of people getting killed in Gaza. I still remember how Pakistan Television (PTV) used to show documentaries of atrocious killings in Kashmir after the nine o’clock news – as a kid, for me, it was very scary. I promised myself that I won’t go to Kashmir as I thought there was no love or justice there. But now, after visiting Kashmir and experiencing its serenity, I feel saddened to see them in the terrible state that they are. It is unfortunate to see them bear the brunt of a power struggle between two nations.

I wish Scotland best of luck for whatever they decide and vote for. It shall be accepted by the rest of the world and will set an example for countries suffering disputes – it will highlight the need for accepting the acquiescence of people, because that is the beauty of a true democracy. Let’s hope that Scotland’s win will pave way for Kashmiris to finally have a shot at a referendum.